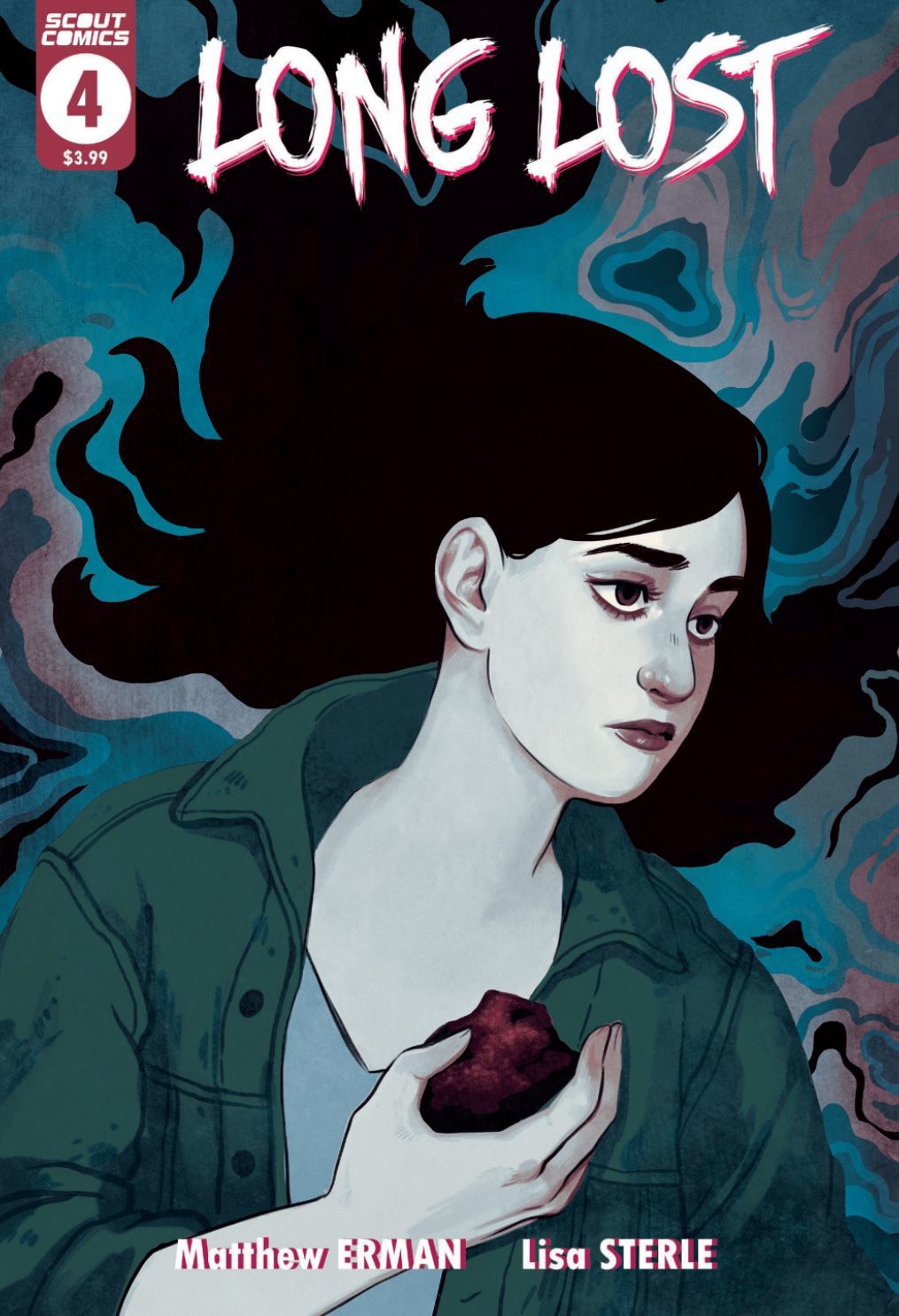 Rescued by their Aunt, Piper and Frances have finally made it back home and this issue sets a slower pace than what we’re used to. Frances and Piper awaken from their much needed slumber from the previous night’s terrifying events and it is akin to waking up on a sleepy Sunday morning. You know before you really, really wake up and you’re kinda just there leaving the dream state and getting your body to respond? Something like that. Piper is the first to wake and her musing on this place are poetic which isn’t unusual from Writer Erman as we’ve seem him pen some stunning lines from opening and ending previous issues. The opening lines of the comic read: “Home is a place left or forgotten. Loved, if you’re lucky. This is a story about my home. However boring, normal or gruesome it is.” Being home is bound to bring out several emotions that will sooner of later come to the surface, whether our sisters want them to or not. 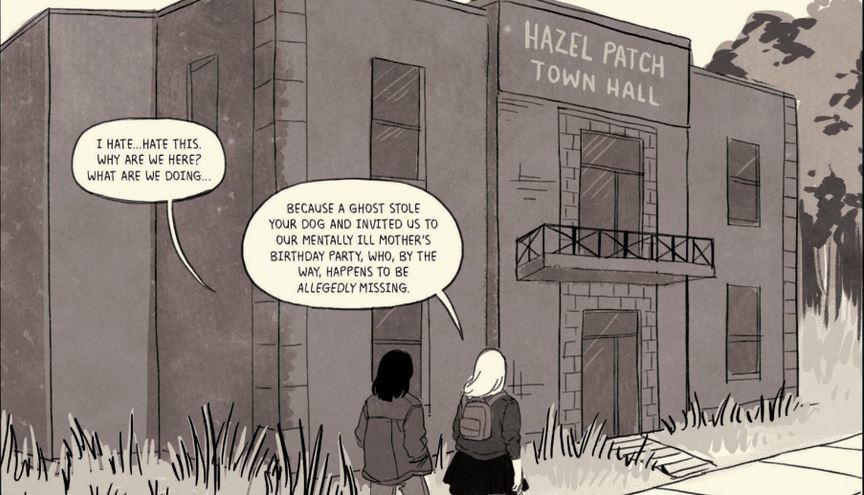 Artist Sterle’s choice for a color scheme that’s not vivid and bright which I’ve always loved really, really works well with the tone set for this issue: the town Piper and Frances explore is bleak, downtrodden and mostly normal on the surface. The girls walk through town seeing the sights, seeing a place down on its luck and destitute in many places. They stick together though and we’re seen glimpses of this grand place that we may have thought to be so awful on paper when we kept learning about it and how the girls escaped it so long ago. Facial expressions and body languages an be zeroed in on immediately and Sterle works those to an art to show us the people of this town and how well received the girls are (read: they aren’t by a landslide) Not surprisingly, their homecoming is a catalyst of..so much and there’s a great sequence of the mounting tension in the dinner where the girls confront Aunt Jody for answers which plays out superbly by both members of the creative team which is worthy rereading just for that sequence alone.

Then there’s the painfully sweet note of clarity from Piper about how their mother’s condition, how her lack of being there for the girls in their childhood has shaped her into who she is now. It also ties in with how perhaps they’ll never get the closure they need: to have their mother understand what she put them through…is heartbreaking as it is enlightening to see better how disconnected they are from this place, how easy they could run away so long ago. The girls have no idea where their mother is, Aunt Jody doesn’t either and they’ve been brought to this place not on a whim but invited by some…creature for a birthday party for a mother that no one can tell them where she’s at who, if alive, may not want to even be found.

The end of this issue delves way deeper into family relations with a surprise that threw me for a loop. What’s not to be missed on out is noting is the very subtle way this issue gives us more characterization of our sisters, Piper and Frances. We established way back that Frances was more of the extrovert and Piper, the introvert. Now throughout this issue there’s seedlings of deeper glimpses of who they are: Frances is perhaps motivated and strong as long as she’s joined by her sister. Piper whom I know everyone wants to label Ms. Gloom and Doom is perhaps seeking penitence for how she feels towards her mother–a complicated relationship at best.

Before this trip is over, our sisters will be reunited with more than just people and I’m terrified and excited to see who else and…what else comes their way.

8 Hot Plates of Southern Hospitality Out Of 10

Does Long Lost look like something you’d be interested in? You can ask your LCBS to add Long Lost to your pull list. Here’s the preview code for the fourth issue: DEC171765. You can also order issues online here. For Comixology buying folks: Issues one and two are up online for purchase! You can follow the creative team, Matthew and Lisa, on Twitter.