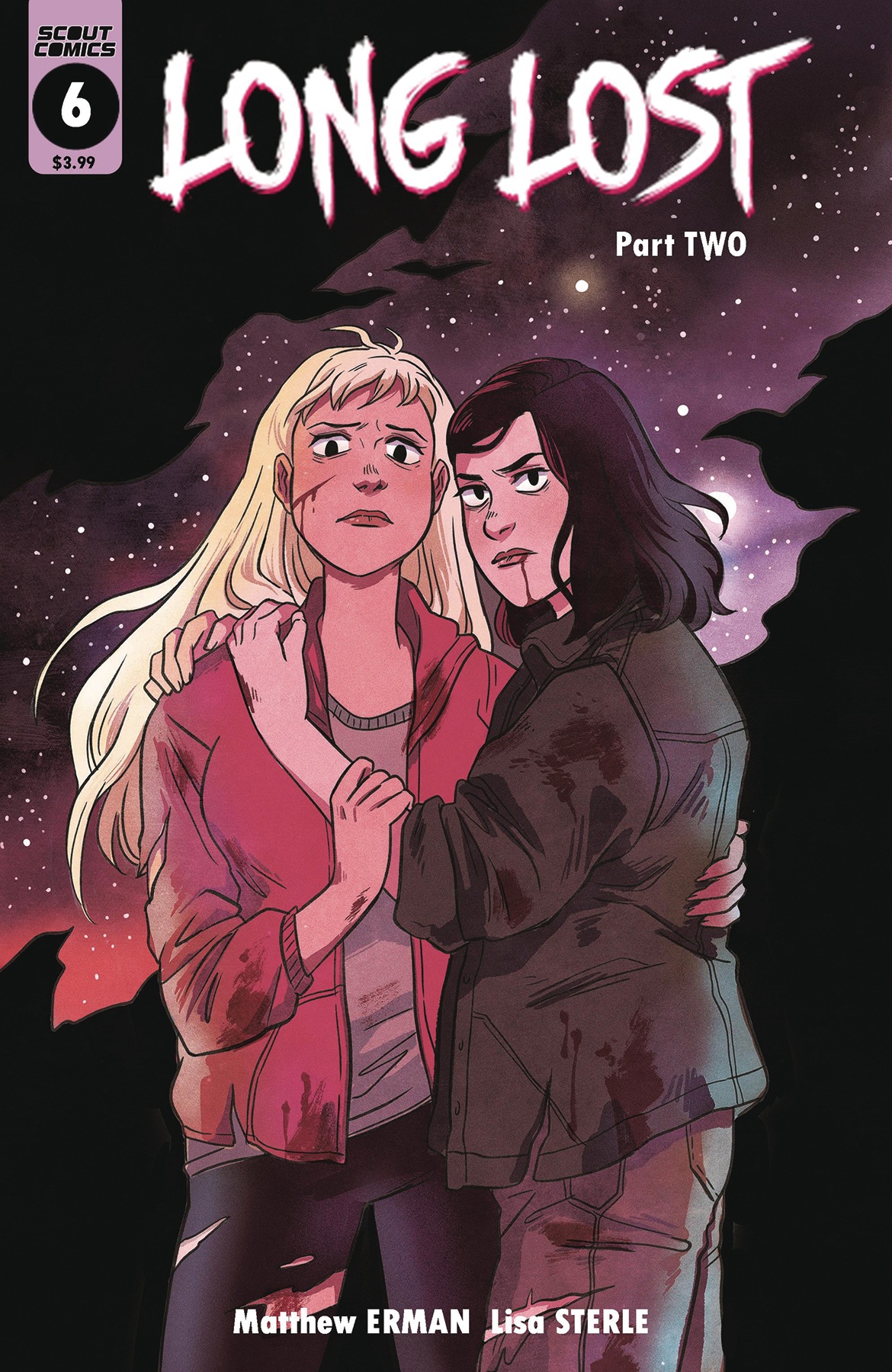 We’ve made it to the final issue of Long Lost, the southern gothic tale from Scout Comics about two sisters falling into some really, really weird shit when returning home. It’s a comic that has explored trauma, how family relations can be harmful and toxic, and what things go bump in the night, under the soil, and anywhere else. Long Lost continues to be one of my favorite comics because of how the horror is defined by the creative team — usually subtly with thought and never for shock value. It has always been nicely blended into the narrative.

Piper and Francis’ homecoming to Hazel Patch has unearthed so much: this disintegrating town includes the barely-there bones of what’s left of their family along with so much hurt and trauma that never had the chance to heal. The sisters’ own relationship has suffered. A younger Piper once left Hazel Patch, leaving her younger sister Francis. And that wasn’t the only betrayal. The longer the girls remained the more they uncovered: insight into what happened to their missing mother and her mental state. Family members that they never knew and creatures that only manifested in the dark came to light. Piper and Francis dealt with the weird happenings through space and time to finally come to bring all of this to a head, end it, and go home. 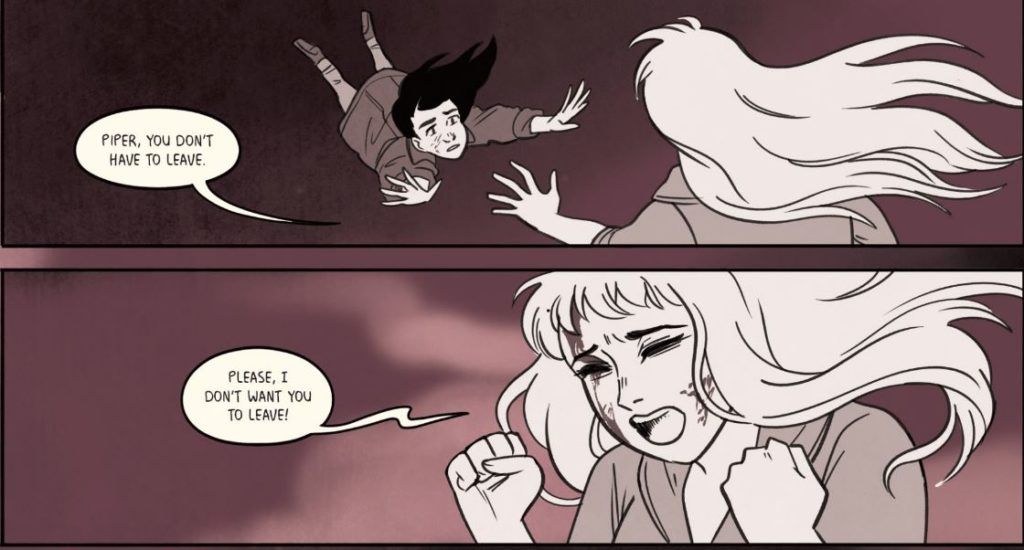 Last issue, both sisters walked into the cave on the mountain to finally confront the darkness that summoned them in the first place. They have plans to leave together. With them is Pockets the dog, whom we first met very early on in the series. Pockets had been taken away but their safety was promised in exchange for the girls return. Questions are asked. Punishment is received. Forgiveness is given. A mother, or some version of her, recognizes her children and once again Piper and Francis are separated. Cue. The. Heartbreak.

In this issue we have some great pages of Francis escaping the mountain after Piper is taken from her once again. Sterle adds unique paneling, color, and some extreme lettering to her arsenal to flesh out the journey Francis has in getting out. It is a race as things unseen are not unheard. Their various sound effects creak and moan across the pages, making us aware of their presence.

Erman pens more prose that I expect and love from him to Sterle’s artwork: it is heartbreakingly poetic and hits you right in the feels. It touches on survival and wanting to do more than just survive — but to also thrive.

The last issue of Long Lost comes and goes not with a bang, but a whisper. It ends on a quieter note, which is expected with the overall feel of this comic, yet this isn’t disappointing.

This book started back with issue #1 with trauma and a battle of emotions due to a homecoming. It ends with a bridge to healing and a homecoming of a different nature, a happier one. Surely not every one in life gets a happy ending, not everyone gets to heal or get the closure they need, wrapped up with a pretty bow. So much of life that we deal with is ugly and hurtful.

At heart, this is the story of two sisters who are all that they’ve got. The ending is sweeter and more tear jerking when you think back on all that they’ve endured to get back to each other — moving through space, time, and wicked things, supernatural and not. Much may be lost and spoiled but for these two young women, having each other back with Pockets the dog is the best win-win situation. It is even more satisfying one as a reader that I could have ever hoped for. For these two sisters, a happy ending with each other in it is achievable, not lost to the past and not something long forgotten.