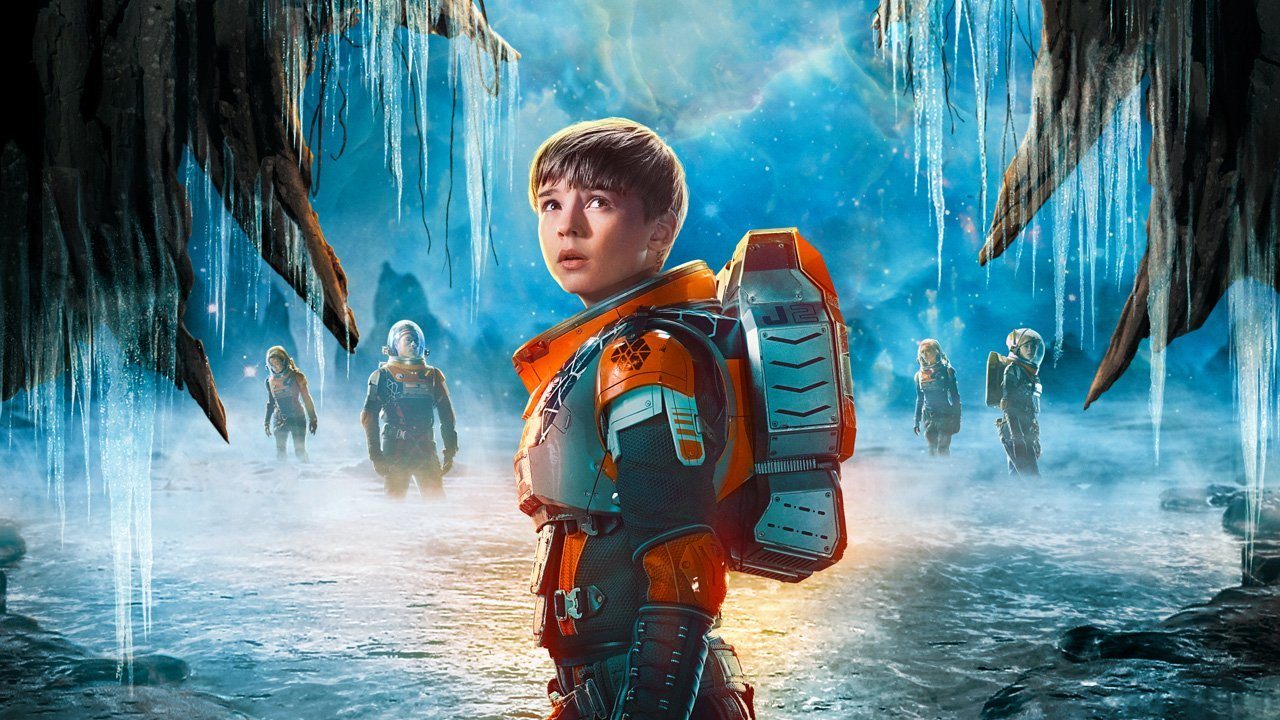 Lost in Space Season 2 is non-stop adrenaline and melodramatic tears. That sounds terrible, but it’s not so bad if you like drama and sci-fi mixed together. It gives a very Dr. Who, Star Trek Voyager type of feel, which I’m not mad at, just rolled my eyes a few times. I’ll go into a spoiler free look at what this season brought us and do we want more?

To set the scene we meet up with the Robinsons after the failed attempt to get back to Resolute. This was seen at the finale of season one when the Robinsons were separated from the pack on their mission to get off the planet that was spinning to its death. The Robinsons are a well-oiled machine, almost too well-oiled even Sorkin level well-oiled. No one stops to take a breath, some disaster is always happening, one bad thing after another, and the near loss to solution time is almost minimal, and that’s just the first episode! This pace continues throughout the season. Now, I’m not saying this is a terrible thing. It is a rush, very fun and since you got the character backgrounds from season one, you get a chance in season two to see the characters flourish in their Robinson roles.

Some of the characters get the room to grow and the screen time and depth that keeps your attention. Judy Robinson played by Taylor Russell (Evelyn on Falling Skies) gets some special attention this season that is well deserved. Her history and story as a Robinson is hands down the most interesting of the Robinsons, and I am not just saying that because she is Black but honestly that is a large percentage of what makes her so interesting. She is in a family of red headed white people calling Mr. Robinson dad. This is a modern family and we are seeing a different type of family makeup at least a little bit. We learn in season one that Judy is the daughter of Maureen Robinson played by Molly Parker (Jackie Sharp on House of Cards) and her previous relationship with Judy’s father Grant Kelly, who is presumed dead after a mission to space never returned. The journey of John Robinson played by Toby Stephens (Captain Flint on Black Sails) raising her as his own and her being a full-on Robinson is intriguing to explore. Without saying much more, Judy Robinson’s is one of those storylines that keeps leaving breadcrumbs and you eat them up.

Of course, the best characters are often the villains, and as annoying as “Dr. Smith” is, she keeps the show on its toes for sure. Even in the originals and the 1998 movie remake, the character of Dr. Smith was a conniving thorn in the side. They were never really an all evil maniacal villain, but the type that can continuously cause trouble, has hints of a heart, and just will not let things be. They’re the Loki of the story. Parker Posey (Danica Talos on Blade: Trinity) who plays “Dr. Smith,” I put Dr. Smith in quotations because as we know from season one she is not actually Dr. Smith and her real name being June Harris, but we refer to her as Dr. Smith throughout the series. We learn a bit more of Smith’s backstory which leaves much to be desired but watching Smith in the present day execute her manipulative plans and targeted cons is a delight. She also tells it like it is, she decides what to lie about who to tell the truth to because she honestly feels she has a handle on every circumstance. And watching Parker Posey do this is agonizing because she is just so good at it – ugh.

I will say one of the best parts of the show was the extremely large female cast. The term strong female lead is an understatement, at one point I was searching for men in a scene on the bridge. It was full on women in charge, taking charge front and center – even the villains! I was impressed and didn’t feel like they had done something just for the sake of giving women roles, each moment made sense and never felt forced. Hats off to the producing team and writers for making that happen, definitely a win for women and a good number of women of color – bravo!

The characters that they tried to keep in the light and be the main focus honestly, kind of just got on my nerves. I know I keep going back to not sound as harsh – just because I didn’t care for their storylines doesn’t mean I didn’t like their performances or what they brought to the season. It was honestly the writing for me.

Penny Robinson played by fairly newcomer Mina Sundwall and Will Robinson played by Maxwell Jenkins (young Will, Sense 8) were given these positions that were just one note and strung along to further the family narrative. Will was consumed by the robot and written as this young boy ultimately ignoring change and being the key to everything crucial in the season. It was put on a little thick, the idea of friendship, of growing a connection – I felt like there was so much more to be explored and they were deciding to scratch the surface. Maybe they are looking to build exponentially through more seasons…we’ll see. Then, Penny stayed at this mid-level character feeling like the useless Robinson out of the bunch, because she isn’t a rocket scientist, genius Doogie Houser doctor or Navy Seal. I get it she feels inadequate, but every episode it was like…but Penny’s got her thing. She’s a Robinson too…She’s like the Hufflepuff of the Robinsons school for space exploration. She’s got skills for sure but for some reason she’d been othered…

The mother was in this list for me as well. Maureen Robinson’s character has the same traits and issues as her daughter. She is as strong-willed as ever and stubborn but watching her arc stay relatively the same as season one was unfortunate. But it did not take away from the women power of the show at all!

The downfall in this character ride is the story gets stretched out to the max because of it. The most interesting things you want to know about are addressed minimally and episodes focus on the day to day fires that need to be fixed in the journey. Now that sounds like they are little fires, don’t get me wrong, these are big life altering life threatening fires, but – I want to know about the robot. Also, in my opinion who is not actually a robot, he is a living alien whose makeup happens to be of metal and can change its shape when influenced by its surroundings. Remind you of anything *cough cough* Transformers.

Speaking of the robot or not a robot, we see so much more of this character’s traits whereas in the originals and the remake the robot is just simply a part of the family. Genius boy Will uses this robot as a life mate, a companion and programs it for the family like a Rosie of the Jetsons with less personality and less cleaning. There is a deeper story at hand with this robot as you may have thought with its species and why it came to destroy the Resolute – even deeper than what was revealed in season one, and even deeper than what is revealed in this current season. I am all for that, but I feel like this season was a pass through and set up for this bigger story. There are new characters introduced, more secrets, more clues, and more pathways of this maze shown to the viewer, but not so much resolution. To be fair, that is very Lost in Space style, you need to feel like they will never get to their destination, and that the real story is the journey they are on trying to be found in space (mind the pun hehe). With the story of the robot being a stronghold, it keeps you going as some of the life threatening circumstances keep washing over you, and the story gets lost and found with each wave.

It’s an engaging story, and its interesting to see the Robinsons problem solve and their ability to assert their privilege – do now and ask questions later is unwavering. It tries to make you feel like well – they always make it work so failing up is totally cool. You will be entertained, you will get sucked in, and I’ll be open and honest, I’m gonna watch season three when it comes out.

Let us know what you think of the season and if you felt you wanted more or what it just right? Lost in Space season two is available to stream and binge now!

Check out our season 1 review here.