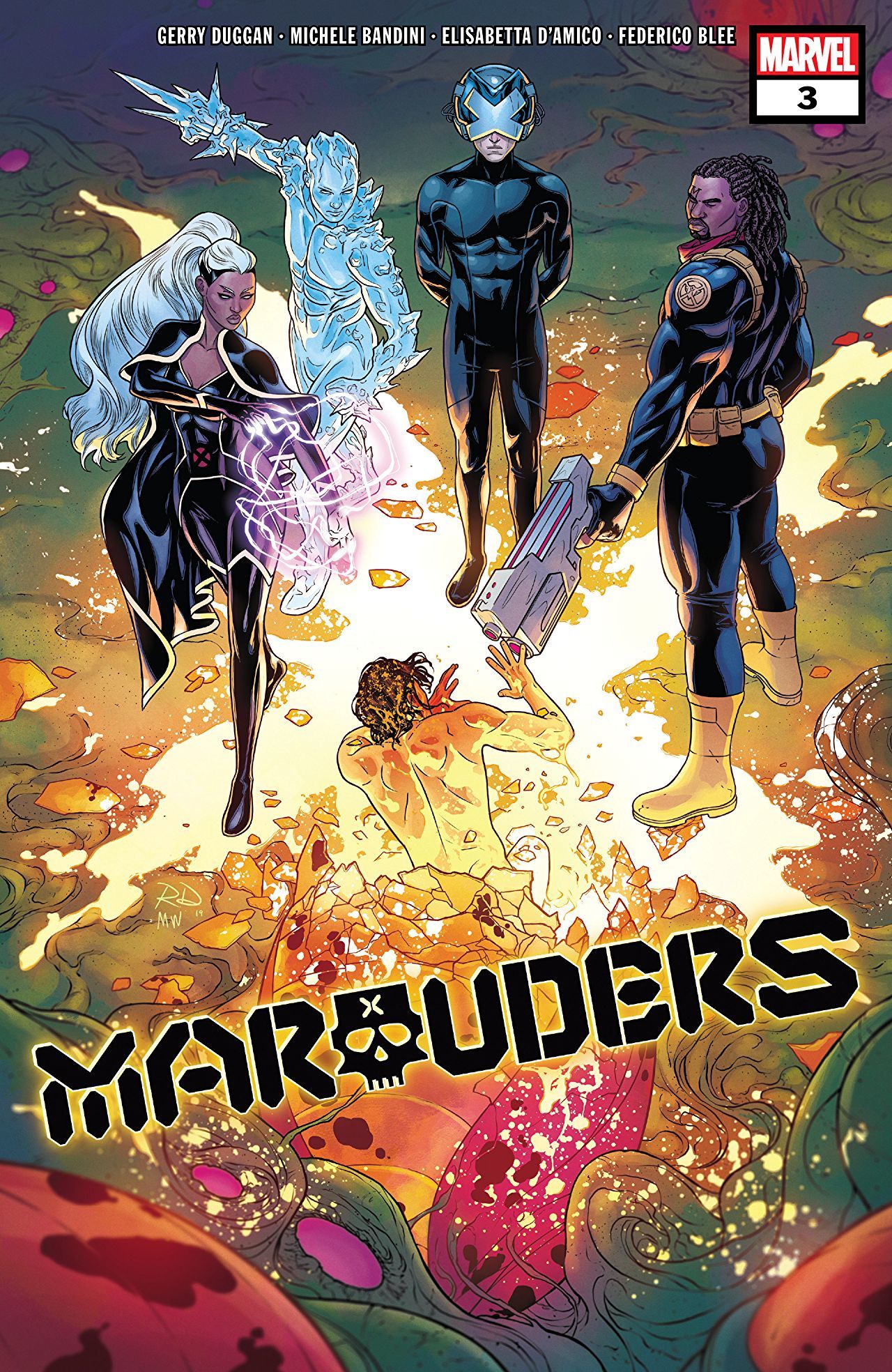 It speaks volumes that Marauders’ greatest strength is its concept. Honestly, the premise alone has been holding this book together. I mean, what’s not to love about a band of ragtag mutant pirates and smugglers? Unfortunately, if you were hoping for an in-depth look at why characters are doing anything other than going with the flow, this issue ain’t it. However, what we do get is a bigger focus on a character who has been taking nothing but L’s since “Dawn of X” started. I’m talking about the one and only Black King – Sebastian Staw.

We had to know that at some point that the more villainous mutants invited to Krokoa would act in their own self-interest. Sebastian Staw is a prime example of that as we saw in the last issue when Emma put him in his place for selling the mutant drugs to the rich instead of those who needed them. Now, we get to see just how long the Black King’s scheming has been going on for and just what he wants out of this new world order.

It’s pretty obvious from the jump that Sebastian has been making moves ever since Emma gave him his seat on the council. We see that with the resurrection of his son. It might look like he’s doing what any well-meaning father would by bringing Shinobi Shaw back from the dead. However, it’s clear that it’s just another power move to try and gain more pull on the Krokoan council. Obviously, Emma and Kate get in the way of his plans, but that doesn’t seem to have stopped Sebastian from plotting none the less. 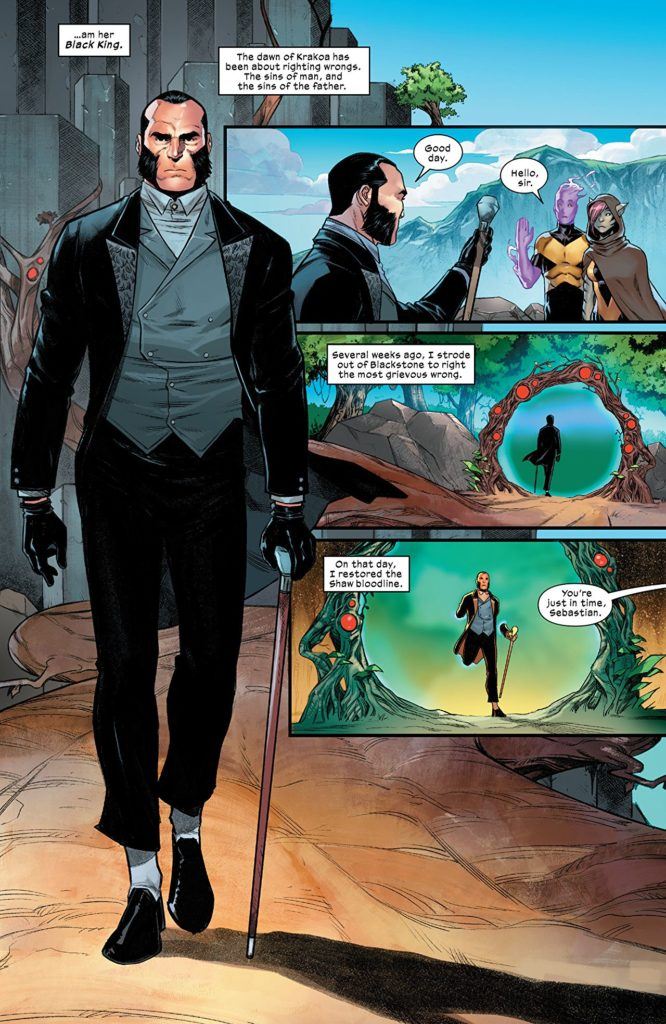 Thankfully, the art isn’t as offensive as it has been in the first two issues. However, the fact that the issue is made up of mostly white characters kind of speaks volumes to how the colorist handles people of different backgrounds. Honestly, I like the art style, action, and vibrant colors but if they are going to continue to portray characters like Storm, Bishop, other brown-skinned folks, the art team has to do better going forward.

While I doubt it, I hope Duggan and the team give the crew of the Marauders the same kind of focus they gave Sebastian. It would be nice to see some character development and relationship at play. However, I feel like all of the main protagonists in Marauders act more like chess pieces in service to a larger plot than actual fleshed-out characters. What I’ve noticed about Marauders is that more than any of the other “Dawn of X” series, it’s a book more focused on the internal threats than the external one. Everybody has their own agenda, even the mutants and something tells me this won’t be the last we see of the infighting for control of Krokoa’s future.

Reading Marauders? Find BNP’s other reviews of the series here.