Ja-Quan: Speed?! What we talkin’ bout? We talkin Speed Force greatness at this present moment? Maannn, if you don’t stop it right now before you embarrass yourself. Does Yoruichi know that speed means nothing to the insanity that is Storm’s powers? It’s cute you think that her Shunpo, which is too fast for a human to see would give Storm the same problems. Come on, yo. Mutant eyes always got more visual prowess. Going to be real hard to move at such blinding speeds when Storm turns her feet into blocks of ice. Or how about Storm just shuts down Yoruichi’s whole nervous system, because she could do that in the blink of an eye. I’m getting bored just thinking about the rolodex of fatalities that Yoruichi is bout to catch. Like, does anyone actually believe that this is even a contest? I don’t care how fast you are, the speed of light will beat any Shunpo this bleached child can whip out. And her lightning attacks are just the tip of the iceberg. How you gonna stop someone who can literally snap her fingers and remove the air from your lungs, suffocating her pitiful opponent?! How Sway??

The Guy Sensei of the Bleach universe huh? That’s pretty beast, but nobody can be described as a beast unless we talkin’ bout Omega Level mutants fam. Unless we talkin’ bout Ororo with the all-white Mohawk, leather jacket and swag so stupid the whole Mutant Brotherhood bein’ sent back to middle school. I watched one episode of Bleach and was disgusted so I ain’t got a clue who this Yoruichi person is. From what I can tell, she got one thang going for her and it’s the beautiful bronze color of her skin. Shtreep dah Eh Weh (strip that away) and you got nothin fam!

Did I hear the word spells? Is this supposed to be something that backs up your argument? Pretty sure spells require some sort of statement or ritual. Gonna be hard to say a spell when your entire jaw and mouth area is singed off with the kinetic supernova, Roy Mustang style, leaving a half-faced, sort-of-flying shinigami, gurgling blood and begging for Storm to end her life. Man, I ain’t wastin’ any more bars on this sorry excuse for a Kunoichi. Like Juelz in 04, don’t watch me, watch the Twitter score. 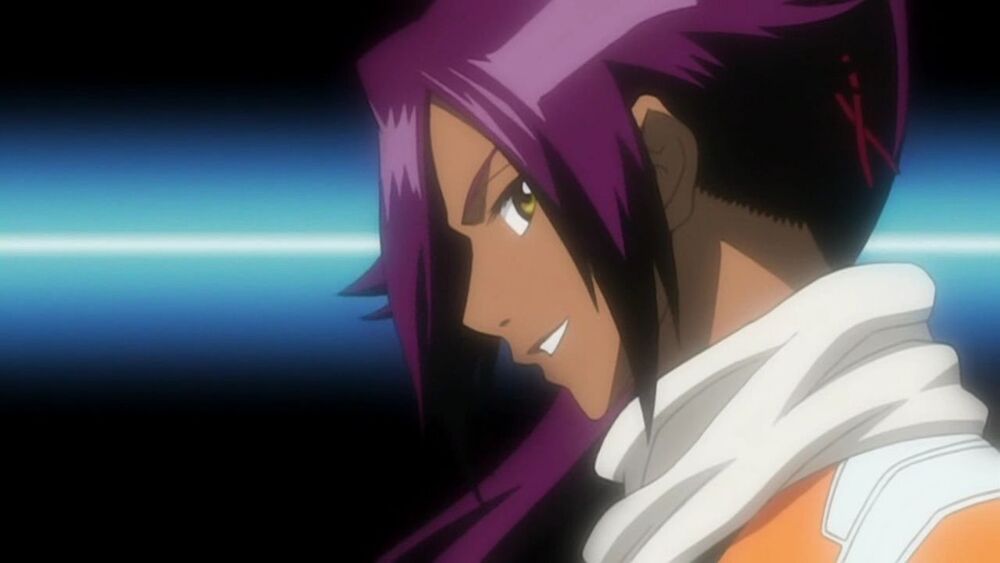 Willie: Storm is one of the most powerful mutants in the Marvel universe. Her control of the elements is unmatched and her ice storm super move in Marvel Vs. Capcom games is a constant go-to move for style and grace, but she has no chance in this matchup. Yoruichi is one of the pioneers of Shunpo or flash step. A move that makes the user so fast, the human eye can’t possibly keep up. Making it impossible for the mutant eye to also keep up. Storm couldn’t possibly get an attack off or even attempt to conjure up some weather weaponry before Yoruichi shunpos up to her and takes her out with the quickness.

You might be thinking that storm can fly so Yoruichi might not be able to hit her. Not only can Yoruichi sort of fly on her own because she’s a Shinigami, but she can also shunpo in the air. Yoruichi exclusively uses hand-to-hand combat. Storm isn’t a slouch when it comes to hand-to-hand but Yoruichi is arguably the greatest hand-to-hand combatant in the Bleach universe: a universe full of highly capable fighters. Yoruichi is basically the Guy sensei of Bleach. With Yoruichi’s speed and hand-to-hand prowess, Storm would be taken out before she could finish her introduction.

In case you’re still in doubt that Yoruichi would stomp this match, she’s also a master of Kido. Kido are basically justus in the Bleach universe. These spells range from attacks to bindings and defense. Defensive kidos have the strength to defend against attacks that could wipe out a city in seconds and binding kidos are able to keep god-level beings at bay. Basically, Yoruichi stomps. I love Storm as much as the next blerd, but this is *Smash bros announcer voice* NO CONTEST.