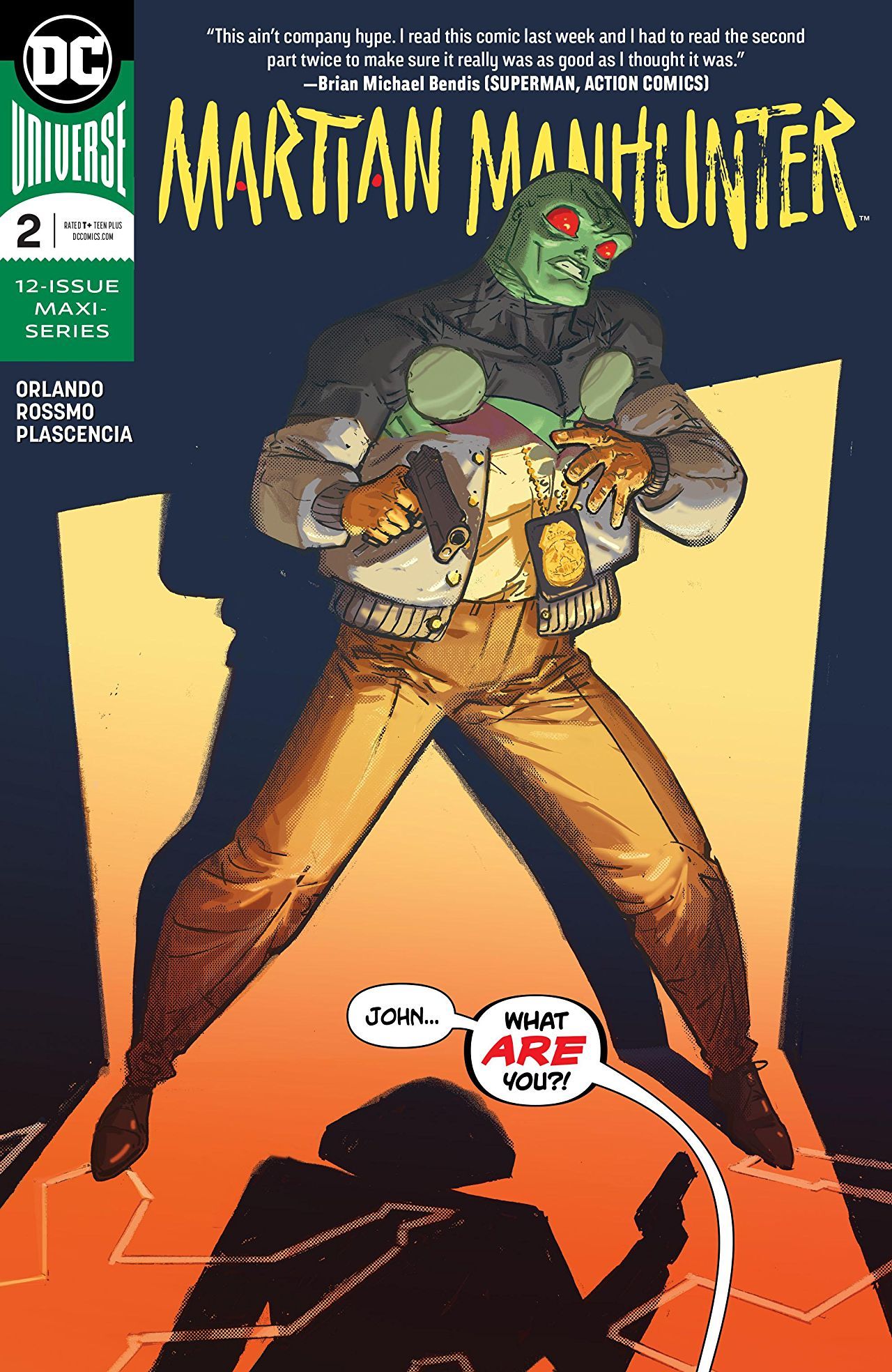 Reading this book is like taking a drive through Topanga Canyon in Southern California. So many twists and turns emotionally, but the views are worth every second of it.

One of the strongest things about this series is the pacing. It’s very much a story that takes place equally at two different times and places. On Mars before everyone died and on Earth while J’onn is a cop. But you never really feel like you’re being pulled in either direction. It always feels like a natural transition even though it’s actually bouncing back and forth. This is mainly because each story is linked to the other emotionally.

Understandably, J’onn is stuck in the past. He’s happy to be alive, but his heart is with his family and his people who are no longer around. So, any given instant on Earth can trigger a memory into his happy life back on Mars. But what’s a really strong point for the book is that these scenes in the past aren’t just flashbacks for flashback’s sake. Sure, they’re a great contrast to the stuff going down on Earth, but they inform the events to come just as much as the scenes with humans do. This is one of the rare instances where living in the past is probably gonna be a good thing. 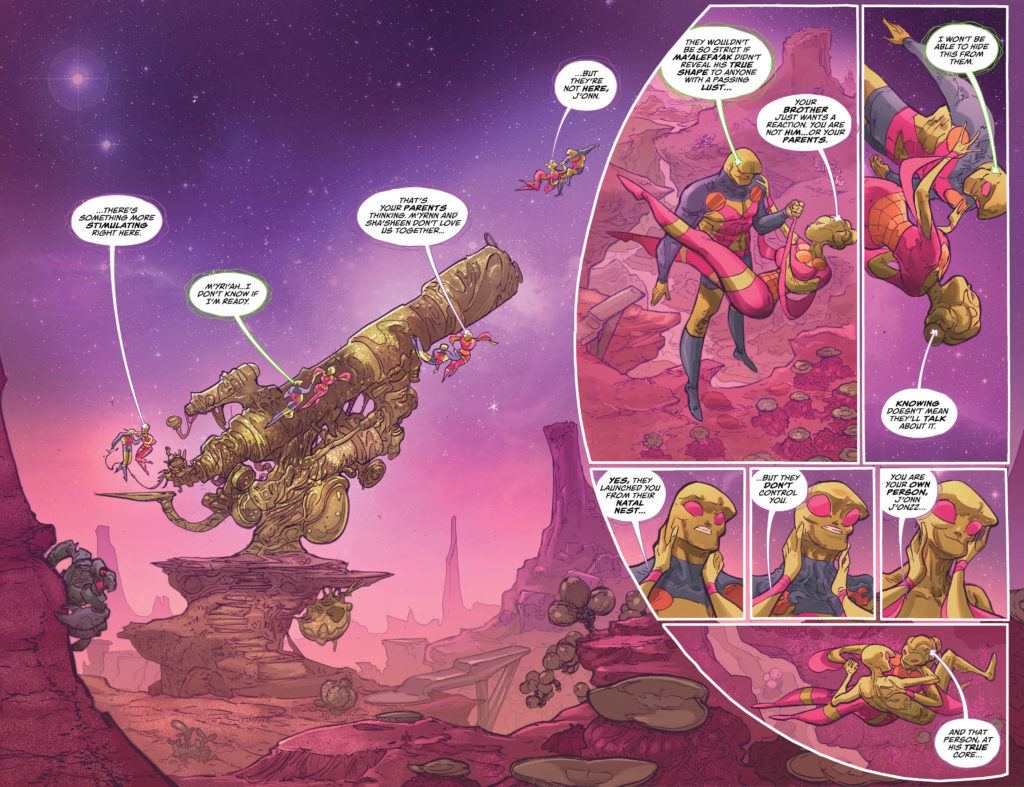 It’s only issue 2 out of 12, but the clues to what’s gonna happen in this story are still pretty sparse. All we know so far is that it’s gonna take Manhunter’s policing skills and that it’s somehow linked to the past. But Orlando and Rossmo have provided us with a world so rich and a character so dense that we could read a book about J’onn decorating his bedroom and it would be the most compelling thing to come out all year.

And that’s why I can’t give enough praise to the world-building on display in the scenes on Mars. Orlando is really making his mark on this character and his history. There are new things in his backstory that as a fan you’ve always wondered but never got any definitive answers to. I’m talking language, tradition, culture. All of it. This is the type of stuff you live for as a writer, and I can just tell Orlando is having the time of his life.

In addition to the world-building, Orlando and Rossmo really add a wholesome feeling to the ins and outs of the life of an everyday Martian. It’s really heartwarming. You find yourself really happy for J’onn and the life he’s leading, which then in turn makes you sad that it was all yanked away.

Martian Manhunter continues to be a treasure trove for renewed Martian lore as it creates an authentic representation for an entire fictional culture in ways that haven’t been done before. You find yourself lost in the hopes and dreams of these characters– some of them green blobs– and then you remember that they’re all gonna die. Powerful stuff.