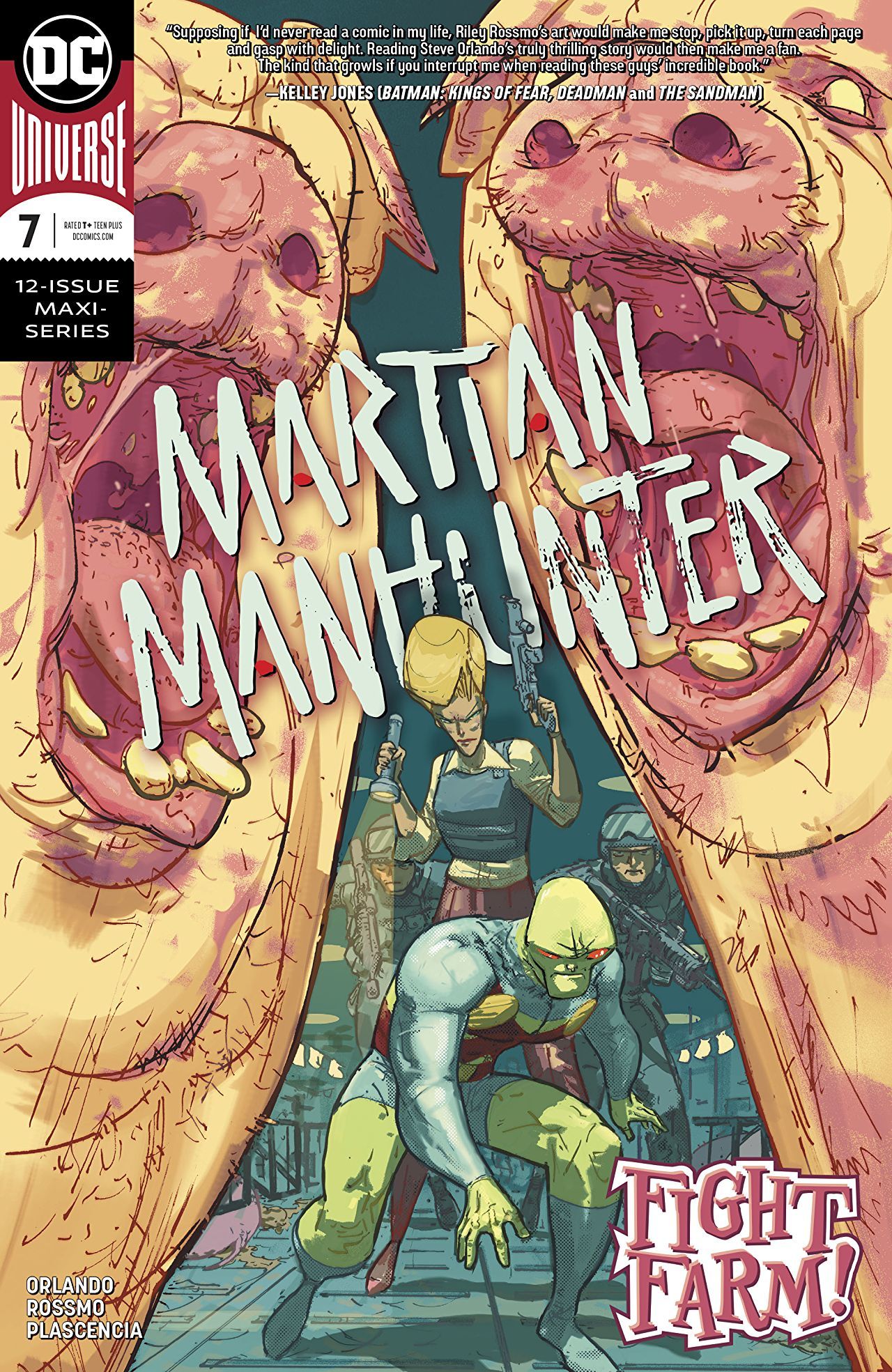 Martian Manhunter #7 provides us with a moment of growth between J’onn and Meade, as well as some insight into what Charnn’s motivations are. To sum it up, this issue provided a lot of clarity for both its characters and its audience.

This series always has a powerful emotional center for each issue. Up until now, a lot of that has been steeped in the past of J’onn’s life on Mars or his early days on Earth. But this issue, we got some of those raw emotional scenes in the present day that helped the characters begin to grow into who they will eventually become.

The scene that really pushed that idea to the forefront was a scene that opened the issue. It shows J’onn and Meade back on the search for Ashley Addams, the girl that’s been kidnapped by Charnn (a Martian criminal wreaking havoc on Earth). J’onn and Meade are severely outnumbered and outgunned, and Meade tries to nudge J’onn to use his powers if they get caught in a bind. J’onn hasn’t used his powers since getting to Earth, so it’s a big no for him, dog. Not even in the realm of possibility. But guess what? They get in a bind, so he has to go green otherwise Meade and likely the rest of the cops will be toast. Not to mention they won’t get any closer to finding Ashley. 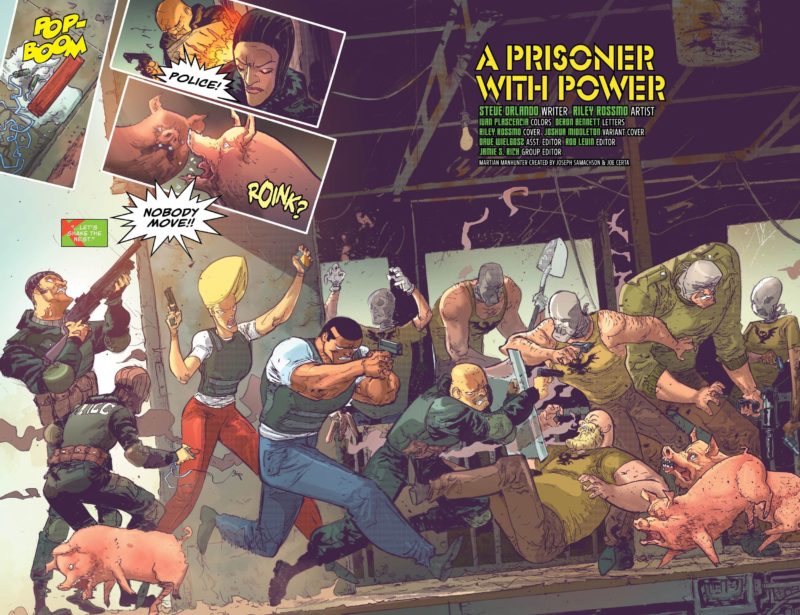 What I liked about this scene is that it showed us some major growth from Meade. Just a few issues ago, she found out that J’onn had been masquerading as her dead partner that she thought was alive this entire time. She was angry, confused, and hurt. And she had every right to be. But J’onn’s story about who he used to be and how he got to Earth must have resonated with her on some level, because we haven’t seen her treat J’onn very well since then, let alone suggest he use his powers with her around.

What I liked about this scene from an artistic standpoint, is that it finally showed us J’onn’s powers in a setting where he had the upper hand. Every other time we’ve seen him in his true form, he was on Mars amongst his peers and family. But now, in a room full of thugs, we really get to see the dude shine. In classic Martian Manhunter fashion, J’onn becomes transparent and throws hands that no one can see. It resulted in a couple of pages that will fulfill anyone looking for some nice action. From a color standpoint, it was done in a way I didn’t expect. As opposed to being dull, washed-out colors, Manhunter was vibrant, like a neon sign, as well as being see-through. It was a choice that I felt added a lot of vibrancy to the page and fits into the theme of clarity as well.

Another strong scene from the issue was a conversation between Charnn and Ashley, as we get a lot of things cleared up about what Charnn wants and why he wants it. Charnn was a criminal on Mars, and after he was arrested, he lost his abilities to change his form, while also being trapped in a red body that would forever let everyone know that he was a criminal. It’s kind of like The Scarlett Letter. Just like how Hester Prynne must wear a red “A” for adultery, Charnn must don red skin as constant reminder of who he was and is.  So now on Earth, he searches for a body to possess, in an effort to start over, albeit still as a murderous criminal. But nothing is working. Ashley is the only one who seems to be able to sustain his experiments, so he is keeping her around.

J’onn and Meade begin to mend their fractured relationship as they inch closer to finding Ashley and her Martian kidnapper Charnn.