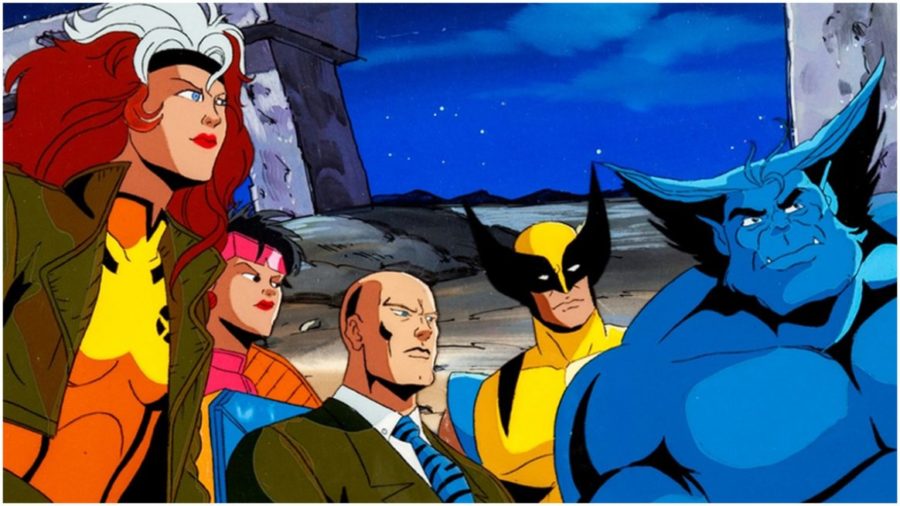 DC Comics is considered the undisputed champion of animation when it comes to adapting their comic books. From movies to animated series and cartoons, there is no competition when it comes to quality content. Which is strange when you think about Marvel’s run of great cartoons in the past. The ’90s were filled with amazing cartoons. As a kid, you couldn’t wait for that Saturday to come and hit you with an onslaught of superheroes and their greatest adventures.

I’m talking Spider-Man, X-Men, Hulk, Iron Man. This was a decade where both Marvel and DC were in their bag, churning out one great show after another. However, in the early 2000s, Marvel’s animated ventures started to slow down. Meanwhile, DC continued to consistently create classic cartoons that rank as some of the best. There were still a few diamonds in the ruff, but soon Marvel’s focus on animated cartoons just wasn’t what it used to be. What happened? Well, a lot, and it has to do with the success they found elsewhere.

Where Did Marvel Lose Its Way?

Saying Marvel lost its way can seem pretty harsh but in my opinion, it’s kind of true. Comic books and cartoons go hand in hand. It’s the closest medium that can visually and narratively replicate the stories we see on the panels. Animation also gives creators the chance to experiment creatively with art and storytelling in a way that we only see in comics. On the other hand, you could see that live-action movies had more of an impact on the type of content that Marvel wanted to produce.

It made sense. The allure of live-action meant we could see our heroes come to life and there is no business like show business. However, we all know the story of Marvel’s money issues. Coming out of bankruptcy in the early 2000s meant selling their characters’ film rights to several different studios. As those films grew, so did their popularity. The animated content that came to be in that era worked to capture the popularity of those films and sell merchandise, which Marvel made most of its money from. With the arrival of films like Bryan Singer’s X-Men and Sam Raimi’s Spider-Man came series like X-Men Evolution and MTV’s Spider-Man (remember that?).

For a brief period, around the late 2000s, Marvel started experimenting and delivering interesting animation again. The four pillars of that era were The Spectacular Spider-Man, Wolverine and the X-Men, Avengers: Earth’s Mightiest Heroes, and the animated Hulk films. However, somewhere along the way, Marvel didn’t continue that experiment. I often think about why that is. Their latest cartoons are … fine, but always felt lacking. That may be due to the rise of the MCU. It’s clear that with Marvel creating their own movies now, they were making money on both the film and merchandising. Their cartoons had to reflect and mimic the MCU films but with none of the quality.

Hey, if you liked Marvel’s Avengers, Ultimate Spider-Man, Guardians of the Galaxy and the other animated series that came after them, that’s fine, but at best they are junk cartoons. Cancellation of series like the promising Deadpool  is also indicative of the direction Marvel wants to go. These cartoons and their purpose is to get as many different characters, scenarios, and costumes on the show as possible to be splattered on toys and backpacks. Those that don’t get the axe miss the storytelling and nuance of great Marvel cartoons that have come before – and even the ones DC Comics is still producing. This might sound like someone who has aged too much to enjoy newer cartoons but there is something to be said about creating animated series that appeal to both adults and children.

Where Can They Pick It Back Up Again?

The MCU brand has influenced a lot of other Marvel properties including television, comics, and more. However, if Marvel’s latest video games have taught us anything, “It’s all connected,” doesn’t always have to be the case. Marvel’s Spider-Man on the PS4, Ultimate Alliance 3 on the Switch, and the recently dropped Avengers game have nothing to do with one another and show that they are better for it. So, if Marvel wants to get the ball rolling on some great quality animated content, here’s where they can start:

Miles Morales, Kamela Khan, IronHeart and so many other young heroes’ stardoms are on the rise and they are only getting bigger. For the past couple of years, creators have transformed the Champions moniker into a symbol for all the young heroes in the Marvel Universe. The team mission is to do right by the people they protect, something the older, more veteran superheroes seem to have forgotten. It’s one of the best teen superhero books on the shelf and something I’ve been screaming from the mountain tops to be turned into a cartoon. Champions is most comparable to DC’s Young Justice and if they were to listen to my endless pleas, they would mimic the art style of Humberto Ramos .

Umm, why hasn’t Skottie Young made a cartoon series yet? A missed opportunity if you ask me. Skottie Young’s art style is probably one of the most distinct in comics right now. From his chibi drawings of your favorite Marvel heroes to books like The Wonderful Wizard of Oz and Deadpool. His stories are just as fun and lively as his art. His latest book, Strange Academy, is only a couple of issues in but is a fantastic exploration of magic in the Marvel Universe through the eyes of younger magicians. It’s Harry Potter meets Doctor Strange with your favorite Marvel magic users like Magik, Scarlet Witch and Doctor Voodoo as the teachers. Nuff said.

Peter Parker’s story has been told so many times – and pretty well, I might add – that it’s time we moved on to another Spider. One that hasn’t gotten enough shine. I’m talking about Miguel O’ Hara, the Spider-Man of 2099. Now, I know that Miguel is due for a big screen debut in the Into the Spider-Verse sequel but if Sony and Marvel were smart they’ll spin that version off into a new show. Much like Batman Beyond, Spider-Man 2099 has a chance to explore the future, Spider-Man’s legacy, and a bunch of cyberpunk goodness.

Okay, this one is a bit more ambiguous. Let’s be honest, Marvel is not going to adapt every single one of its stories to film. Comics books are too crazy for film to do one to one adaptations. However, animated movies are the perfect avenue to do so. DC Comics have proved that to be the case with direct to DVD movies like Justice League: The Flashpoint Paradox, Teen Titans: The Judas Contract and The Death of Superman. Marvel can do the same. World War Hulk, Thor: The God Butcher/Godbomb, Avengers vs. X-Men, and Secret Wars are all primed for great one-off animated films.

What do you think? Am I wrong? Does Marvel need to up its animated game or am I just too old to enjoy the types of cartoons they are putting out? Or do you agree? Let me know which cartoons you’d like to see from Marvel in the comments and on social!