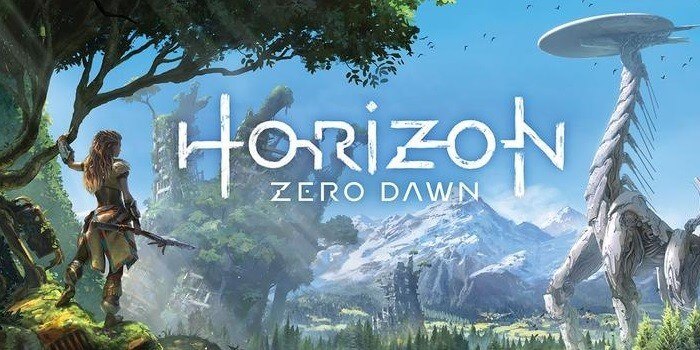 A female protagonist that isn’t gratuitously sexualized! Now that I have your attention.

Horizon: Zero Dawn is a third-person action game that tells the story of a woman named Aloy. She was banished from her tribe at birth and spends her life perfecting her combat skills. She hopes to engage in a Nora ceremony called The Proving. Whoever wins the trial can ask for whatever they want. All she wants is to find out why she was sent out of her tribe and not given a chance to be a part of a family. This game is much more than just post-apocalyptic with robots roaming around. It touches on topics based on feminism and being an outcast in a society that doesn’t accept you. It’s no wonder this game is an early nominee for game of the year!

There are so many things I can say about this game but I’d like to focus on one of the features that stands out the most: the female protagonist, Aloy. When you have a game that has a strong female lead, you’re bound to be drawn automatically. We’ve seen this form of girl power in-game characters such as Tomb Raider’s Lara Croft, Samus Aran from the Metroid series, and my personal favorite Ellie from The Last of Us. Sony’s head of worldwide studios, Shuhei Yoshida, was nervous about launching the title. Strange enough, his uncertainty had nothing to do with the gameplay itself, but with the mere fact that Horizon‘s main character is a woman. He stated:

[quote_simple]”She’s a female lead character. That has always been the vision by the team, but we had a discussion. Is it risky to do a female character? The concern came after the game was in development. We started to show it to many more people internally and they had questions about it. So we worked with our marketing groups to do this focus testing. We wanted to see how people would react to some of the things: open-world RPG, the set up of machine versus primitive weapons and the female protagonist. All of those things.”[/quote_simple] The development team at Guerrilla Games was inspired by other feminine protagonists such as Sarah Connor in Terminator, Ripley in Alien, and Ygritte from Game Of Thrones, and they imbued Aloy with some of these women’s qualities. In a world that is inhabited by huge and terrifying machines Aloy remains a total badass and shows that even when people have treated you like an outcast, you can still have a lot of fight left to give.

With all of that being said, I leave you with this quote by Yoshida that definitely speaks to the future of gaming:

[quote_simple]”As an industry, I think we should continue to make efforts to have more females in studios on the development side and to get different perspectives. Games have become more and more popular in terms of who plays, especially in terms of mobile. We have a chance to further increase the reach, from a PlayStation standpoint to a bigger more diverse audience. In order for us to do that, the games we create have to appeal to a broader audience.”[/quote_simple]