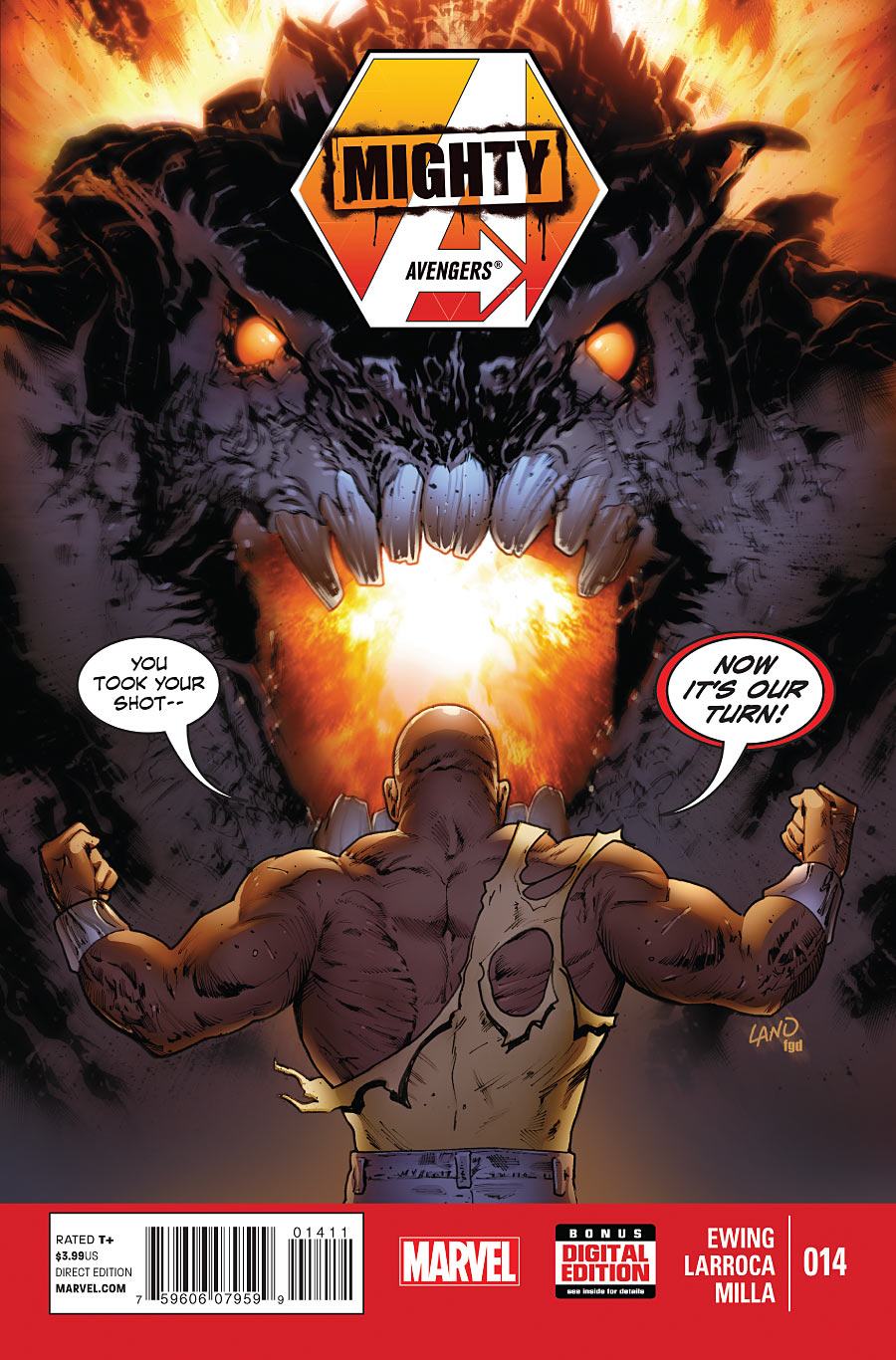 ALTHOUGH WE’VE COME… TO THE EEEEEEEEEEEEEEEEEEEEEEEEEEEND OF THE ROOOOOOOOOAD! Yeah man., This is the last issue in a fucking classic run in my eyes. Ewing has given us that work script wise and character development wise. This is Benids level execution man. Ewing has given his whole roster a personality and team unity. It has been a great ride. That being said we can get into the (first) final chapter of Ewing’s Mighty Avengers.

The Death Walkers went and combined their power on some captain planet shit. The Mighty Avengers are stuck in a genjutsu (illusion for those that don’t read Naruto). The Death Walkers work by dominating will. They are in the heads of everyone on earth. They are spreading of message of give up. The day is won by the bad guys so give in. There is no hope, there is no denying them. They are breaking everyone on earth… but theres one man we know who don’t break. One mutha fucka that ain’t but that brittle shit.

Luke “The Strength Is In My Goatee” Cage! 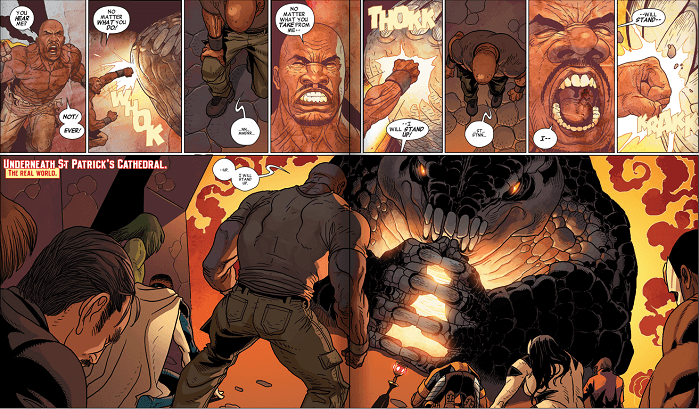 Cage does the seemingly impossible and fights off the Death Walkers combined might of trying to hold him down. Cage swings for the fences, intercepts the chalice that gave the Death Walkers their powers and tosses it back to his team where Kaluu remixes it for their own needs. The important thing to see here is that the Death Walkers combined with independent wants and goals. They aren’t a team. They are greedy mofos that want to dominate but each person in the conjoined conscious wants to be the numerator. When the Mighty Avengers for “Avenger Prime” (basically a giant mega zord of their combined consciousness) to fight off the walkers they win because of what unifies them, loss, family, bravery, courage.

The Mighty Avengers are a team which is what gave them the power to win the day. There were some nice moments in this issue but there weren’t on the scale of the development that happened which lead us to this destination. that’s okay tho, Ewing and Greg Land and Salvador gave us a big fucking serving all the way up to this point so really even if the final issue felt like a B minus…. we got a 13 issues of A+ material to work with. This volume is one i will keep going back to as it has so many people of color thriving.