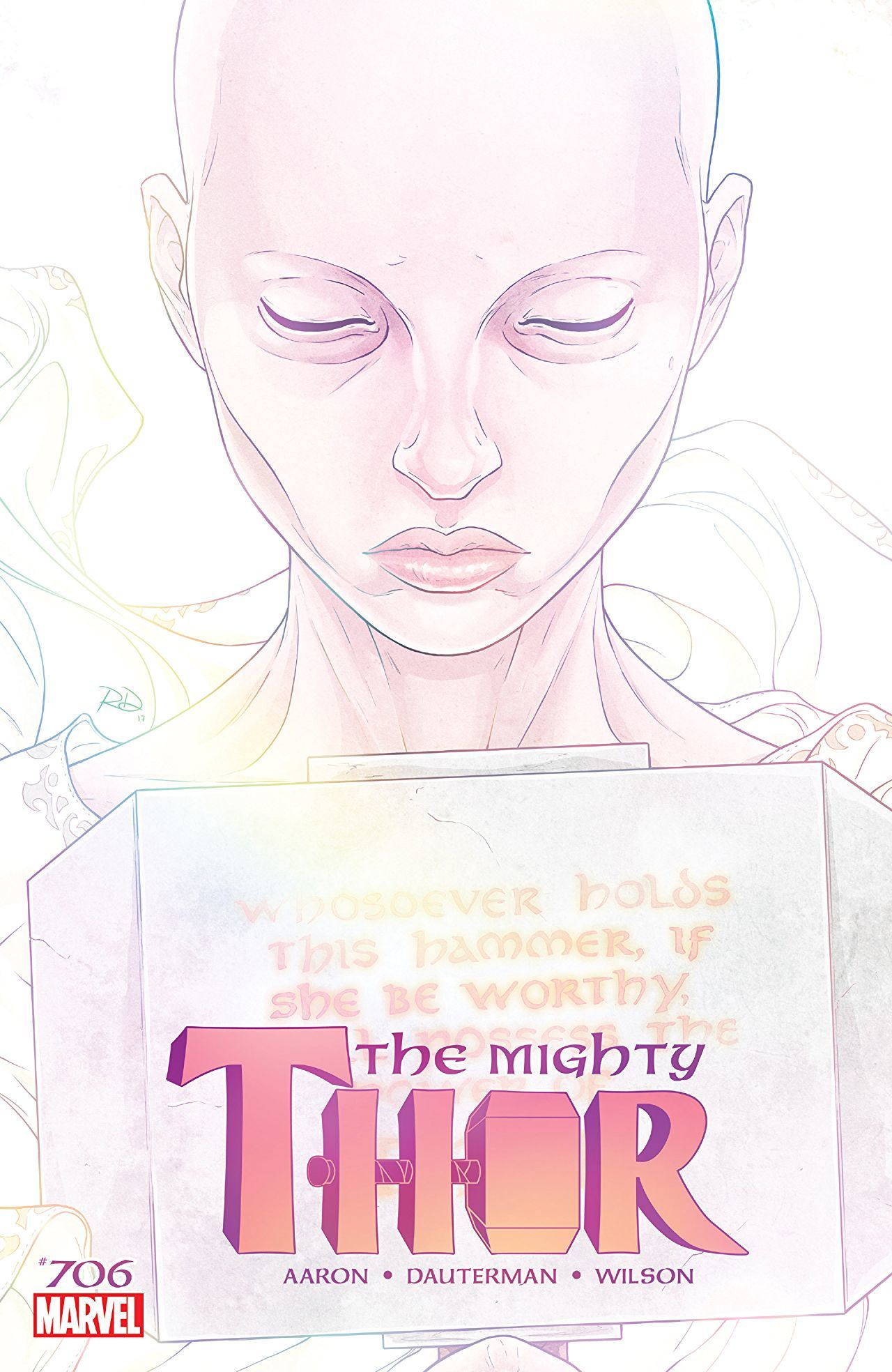 Don’t get me wrong. This issue is not the end of Jason Aaron’s run. After all, the Ten Realms are still in real danger. However, this is the end of an era that, over the span of a few years, has amounted to far more than anyone ever expected. The last issue was shined a spotlight on what drove Jane and what led her to sacrifice everything. Now, in this issue, Jane is transitioning to the afterlife to meet her final fate, still feeling conflicted. The book mainly transitions back and forth between the spiritual realm and the land of the living, where Odinson and the rest of the Asgardians figure out the proper way to honor Jane’s sacrifice. Even when the end is certain, Aaron still manages to throw some narrative curveballs and still hint at what’s to come in the next chapter for Asgard’s greatest champion. Depending on your expectations for how Jane’s tenure as Thor was going to go, your miles may vary, but it was handled in a skilled manner, so it was entertaining no matter what. And seeing the final evolution of certain supporting characters (**cough** Odin) is enough to reduce any reader to an emotional mess. Russell Dauterman pulled out every visual trick in the book to properly celebrate the end of an era. As amazing as Aaron’s script is, this book simply would not be as flawless as it is if it weren’t for Dauterman’s ridiculously detailed line work. There is raw emotion pouring out of every last panel. Odinson facing down and ancient cosmic storm is one of the most incredible things I’ve ever seen rendered on a page hands down. 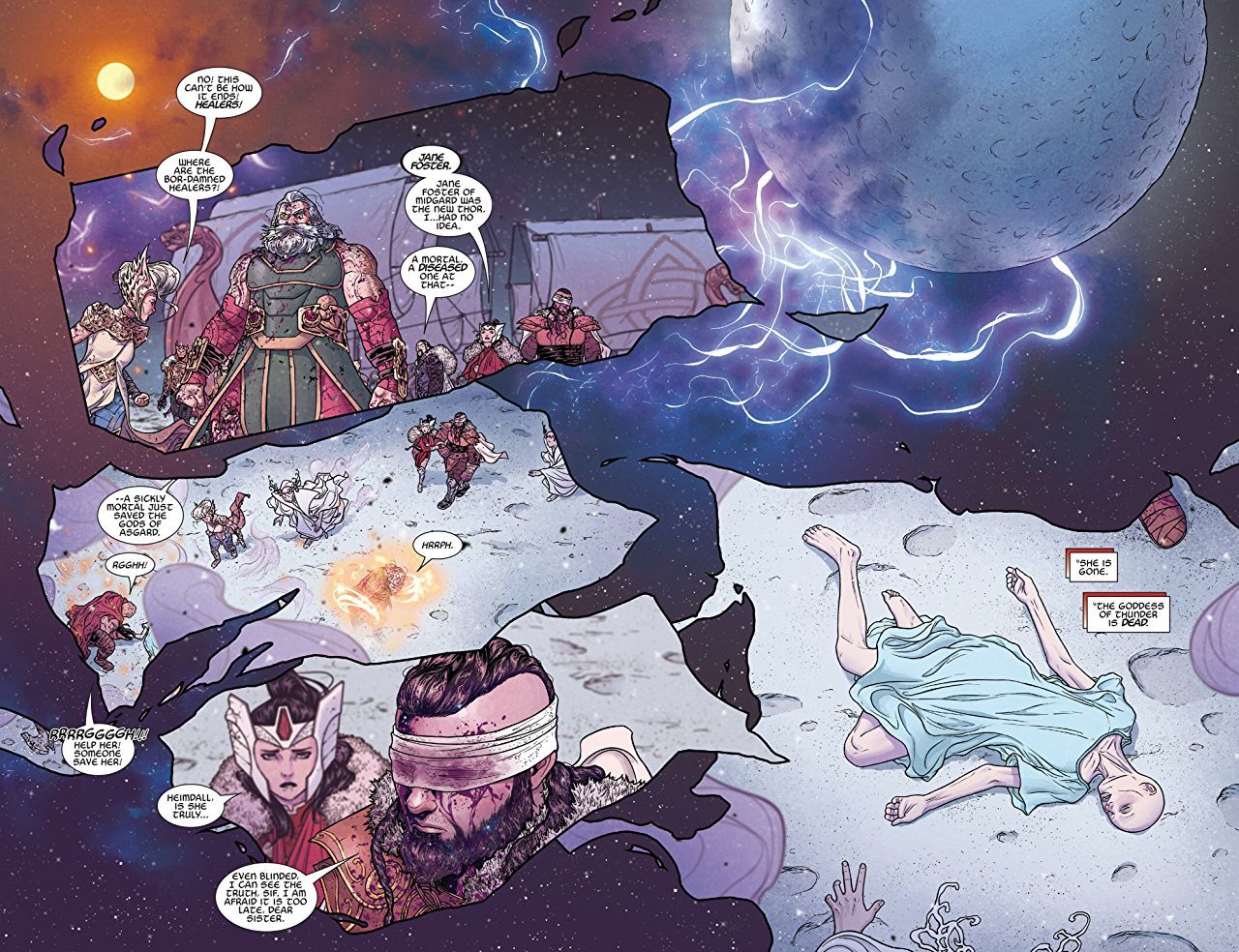 Bottom Line: Though Jane’s final fate will be much debated, Aaron simply couldn’t have put together a better epilogue to the series finale of the Mighty Thor. Fans of Jane’s time with the hammer will certainly find their eyes getting watery before the book is over. This is premium quality comic mythology treated with all the love and care that a decades old character deserves.