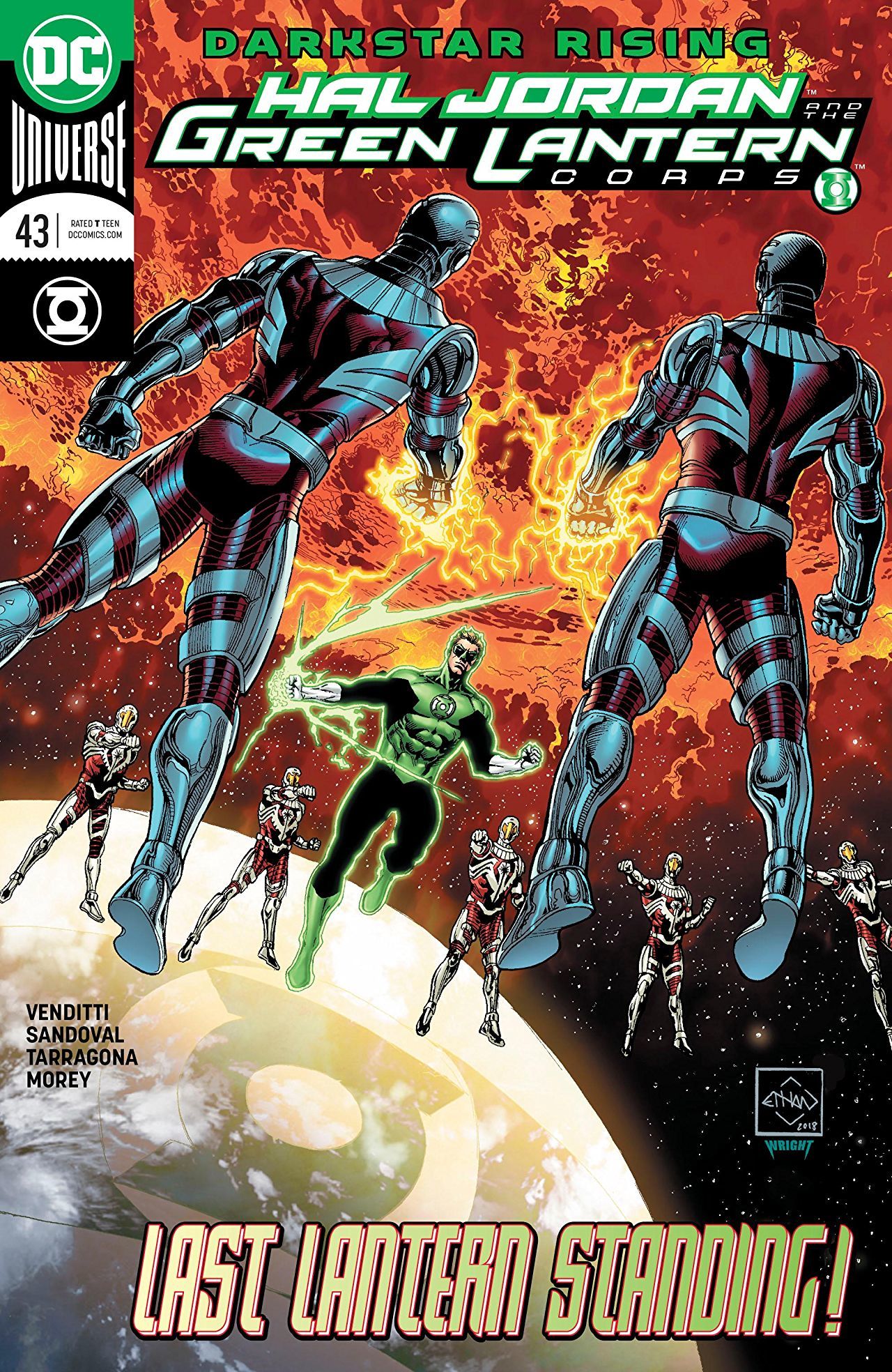 When we see our villains again in Issue #43, things escalate quickly. Robert Venditti has foregone what felt like would be a slow burn before the Green Lantern Corps’ inevitable confrontation with the Darkstars and gotten right to shoving them in each other’s face for a rousing rendition of Dueling Ideologies. It was well scripted but a whole issue of cops (space cops or not) basically beefing over the use of excessive force, given the current social climate, made for a bit of a hard read. One thing this issue in particular highlights well is that Venditti definitely excels at writing aggressive characters except not obnoxious like you would get with your typical Mark Millar protagonist. You can see where Hal has hope that his former comrade can be persuaded to turn away from his path. It’s a refreshing departure from the typical hard charging hero we’re used to. Meanwhile, Rafa Sandoval is out here holding his title as the best artist on this book by leaps and bounds. He has an unmistakable penchant for epic scenes and a sense of scale can’t be duplicated. Even in the intimate moments of exposition, the situation feels larger than life. There’s a scene at the beginning that’s just Hal and the crew standing before the Guardians but it feels like the stakes couldn’t be higher. That’s the kind of urgency a book like this deserves and this team delivers on it every time. 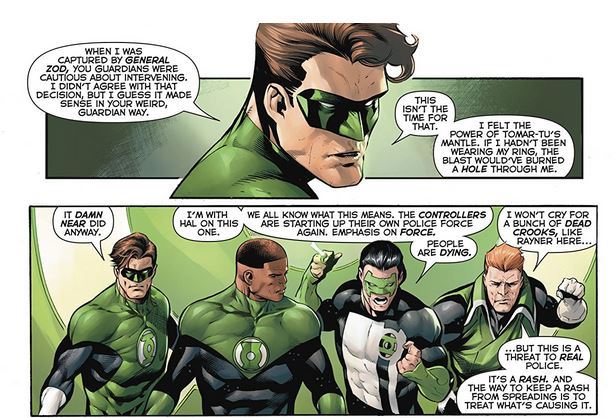 Bottom Line: A gorgeous offering that gets right down to business putting our heroes right in the thick of things as the bad guys waste no time getting their hands dirty. Venditti does high stakes blockbuster sci-fi action like nobody else. Well worth the four bucks.