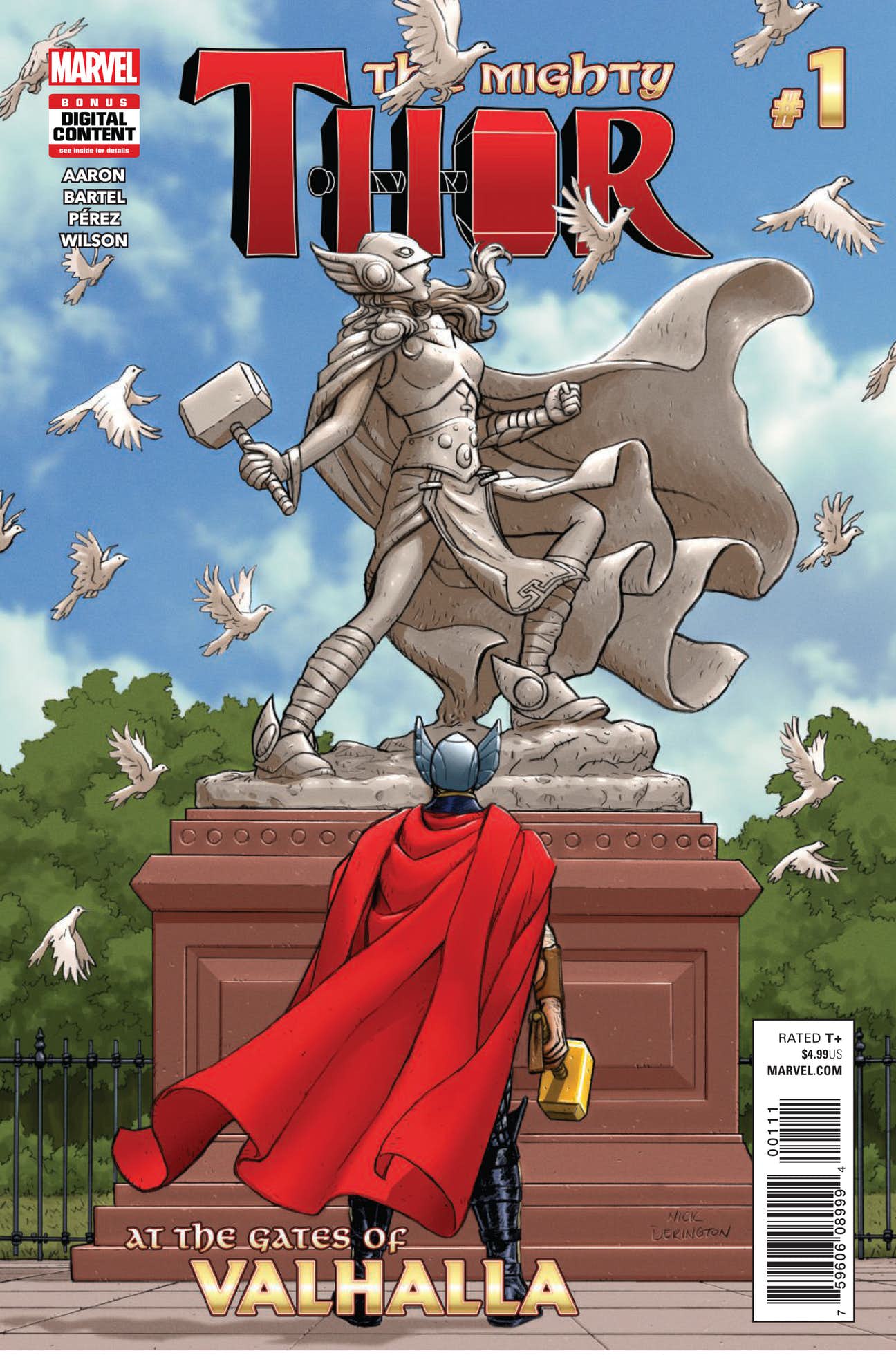 As we’ve just seen the end of character’s story arc and the hammer (or what’s left of it) being passed down again, The Mighty Thor: At the Gates of Valhalla serves as a proper epilogue that looks into the state of things after the TMT finale as well as the future of Thor. The book is divided into two vignettes with different mandates. “The Tomorrow Girls” flashes forward into the future time of King Thor that was introduced in Jason Aaron’s Thor: God of Thunder series. Thor’s granddaughters get into some time travel shenanigans in search of a certain figure they’d heard many tales about as children.

The goddesses of thunder are a joy to read to the point where I’m a little disappointed they don’t have their own limited series by now. The little teases of the future are absolutely delightful, and it actually makes me miss Aaron’s time-traveling shenanigans. Hopefully, this book’s format is a sign that we’ll see more in the books to come. 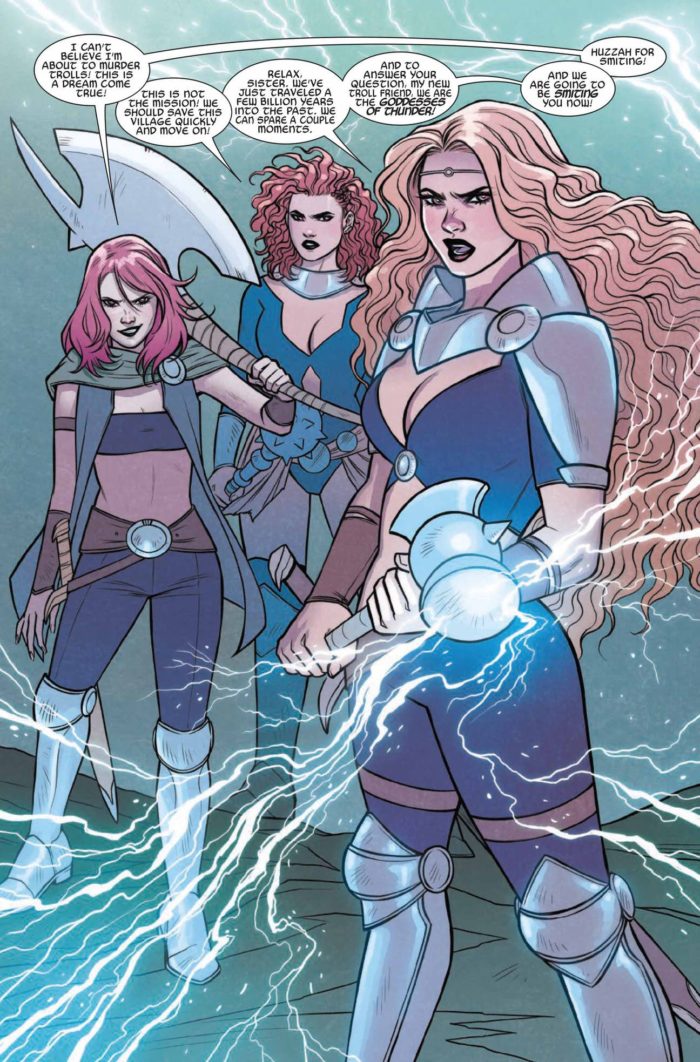 “The Lord of the Realms” is a vicious little look at a day in the life of Aaron’s best Thor villain, Malekith the Accursed. Aaron’s take on this character is always on point, but Malekith is definitely at his most entertaining when he’s winning. And make no mistake, the dark elf is certainly winning this War of Realms. From visiting his soldier’s family to having a business (murder) meeting with his ally, Dario Agger (who absolutely deserves a turn in a Thor movie), Malekith strolls through the Ten Realms with all the swagger of a professional wrestling heel as he sets his sights on another familiar unconquered realm. The artwork on both stories is fantastic.

Jen Bartel brings a lighthearted softness to “The Tomorrow Girls” while still making this vivid, stylish world all her own. Ramon Perez had an unexpectedly playful yet unnerving vibe with his work on “The Lord of Realms.” After the tone the first story takes, it’s like looking at these worlds through Malekith’s fun house mirror eyes where even the most horrible acts are as normal and humdrum as a midday HGTV show.

Bottom Line: While not life-changing, it’s definitely an entertaining preview teaser episode of things to come. The future of the Ten Realms may not be bright as it stands, but it damn sure is a joy to read.

8 Jeff Goldblum villain cameos out of 10.