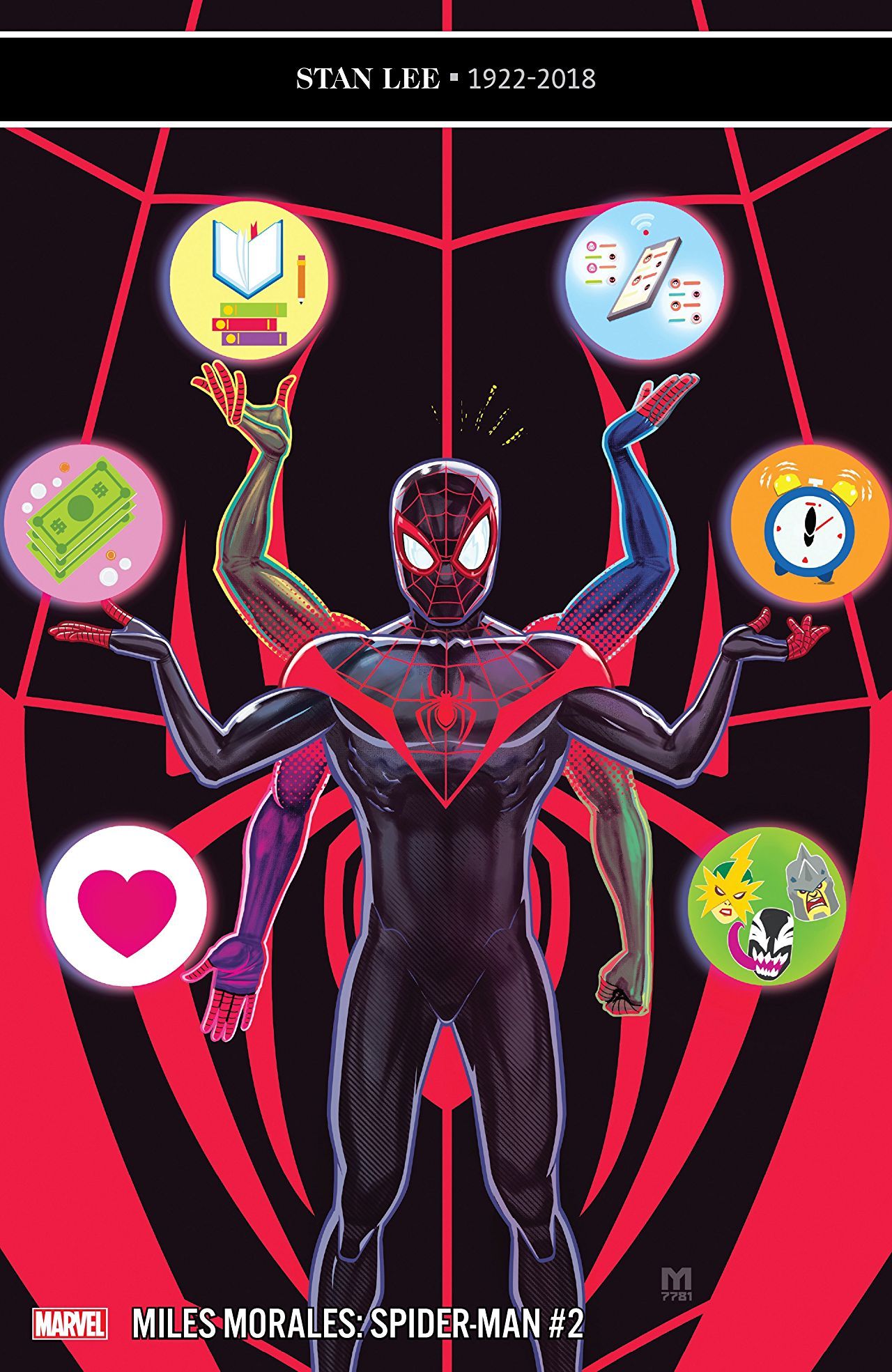 Saladin Ahmed’s Miles Morales is off to a great start. This the first time I’ve seen the character so invested in actually being Spider-Man. Since his inception, Miles always seemed to be a bit apprehensive when it comes to superheroing. This is a different Miles: a young man that has embraced the Spider-mantle and his community rather than feeling obligated to do so. I like that.

Credit should be given to Ahmed’s handling of Miles. His version is definitely the most grown-up take on the character so far. Miles and his best friend Ganke look older, but Miles acts older as well. Here is a more seasoned and confident Spider-Man — a long way from the 13-year-old who wore the mask in “poor taste.” 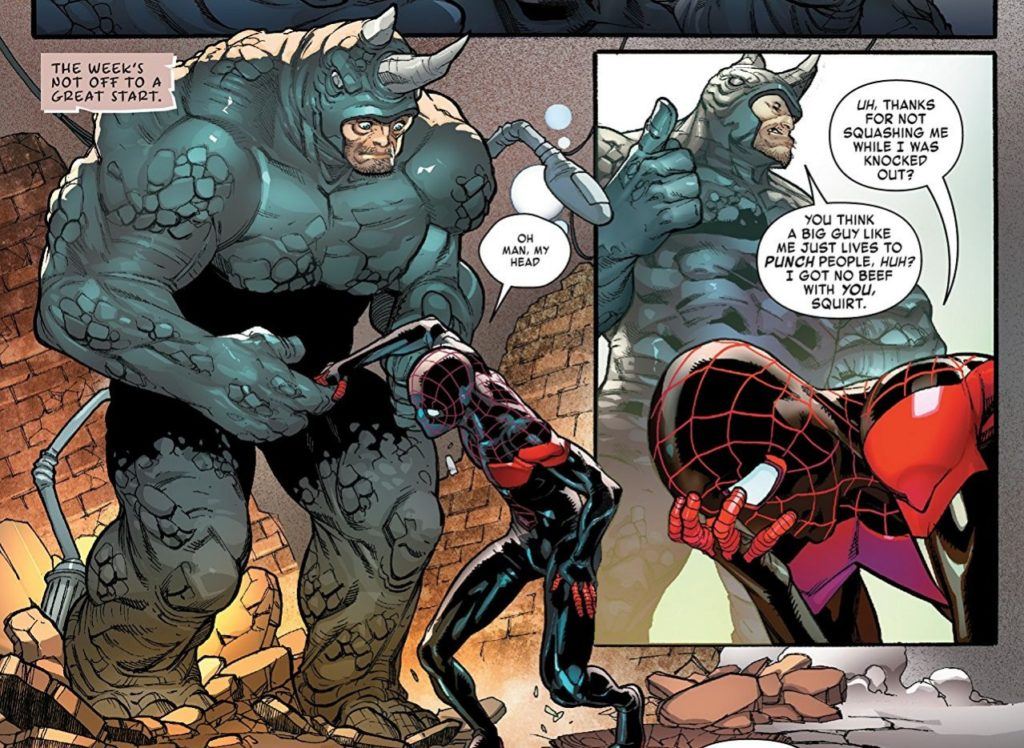 Previously, Miles had encountered the Rhino. They’d teamed up to find the truth behind the disappearance of several kids and discovered that the abducted children were being turned into mind-controlled soldiers with advanced weapons tech. While there is a case for villains just being villains, writers humanize bad guys is enjoyable. Ahmed’s Rhino channels some of Joe Kelly’s fantastic work with the character during the Gauntlet saga. So it’s not hard to see this villain taking a turn for good. 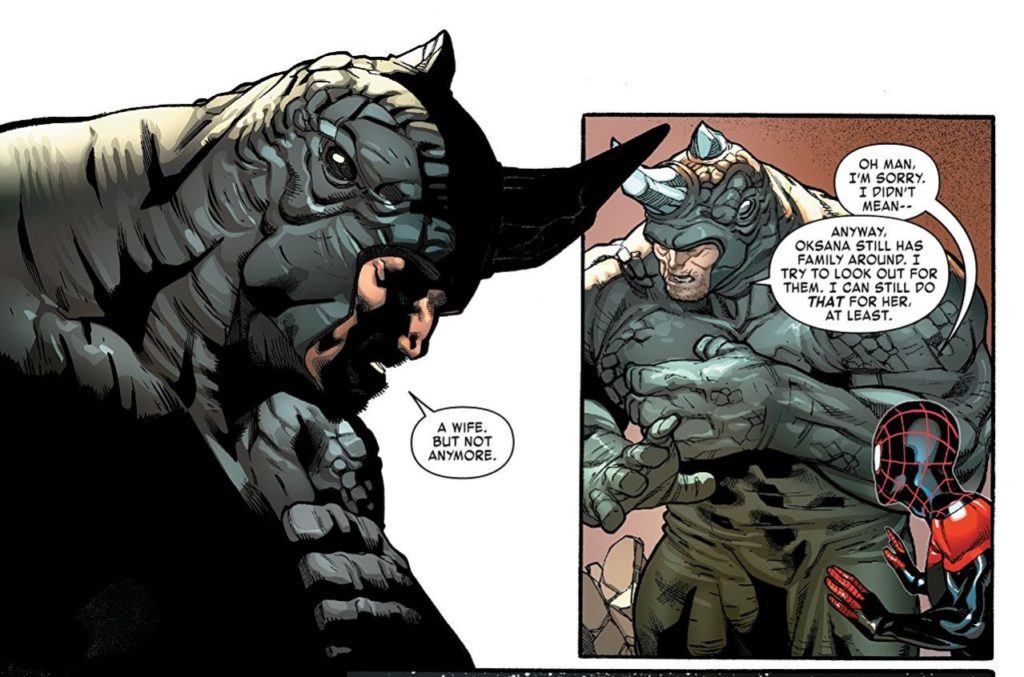 Some great action accompanies this story as well. Javier Garrón’s artwork is well-suited for comics. His depictions of Miles’ acrobatics complement the scenarios he’s given. On a smaller note, the details and designs in the characters’ expressions, really pop. Miles’ modern fade and whatever new hipster vibe Ganke has got going on are examples of the cast resembling actual teenagers from this day and age.

This new take on Miles is looking more and more positive with each issue. With another tag team on the horizon, the next issue is sure to be a fun one. After seeing what Ahmed has done with Miles and Rhino, I’m excited to see his upcoming take on a classic Avenger.

9 Rhino-Sized Web Cradles out of 10