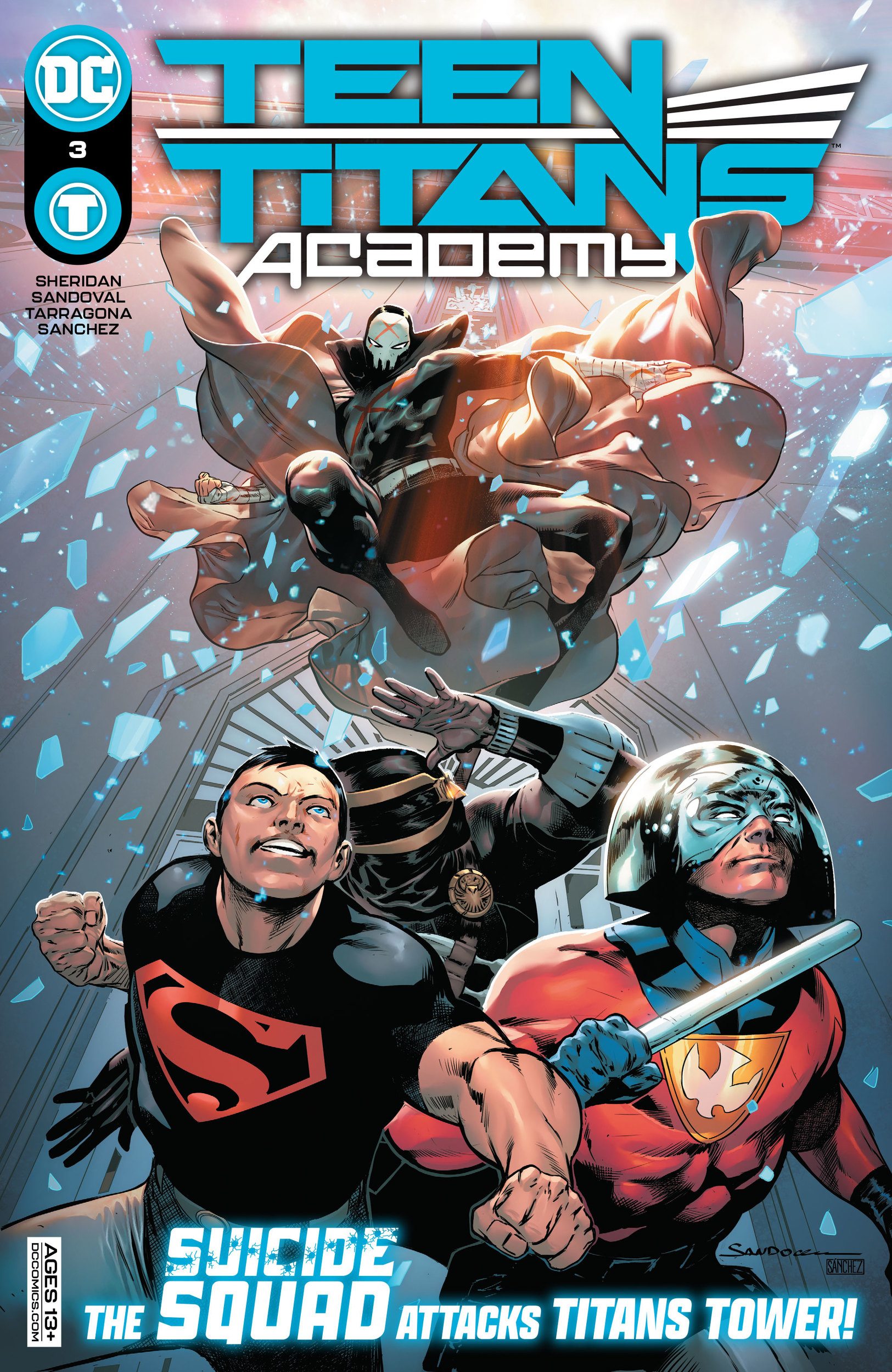 Things were cool at Teen Titans Academy for like one day… and then the Suicide Squad arrived.

Lots of tension in Teen Titans Academy #3 where we get some backstory on one of the new Titans named Bolt, some sad looks from Superboy, now on the Suicide Squad, and the deepening mystery of who Red X is and what he wants.

I wasn’t expecting this series to focus so much on Red X, but I’m not mad. Every instance of conflict that we’ve had so far, he’s been right in the middle of it. But it’s still not clear where his allegiances lie. We know from the Teen Titans show that Red X was Robin’s way to do darker deeds without consequence, and Nightwing really looks back at that time in his life with disdain.

But so far, Red X hasn’t done much more than brood and be sneaky, and he hasn’t really done anything bad. If it wasn’t for him, the Titans would have been in a lot worse situation than they found themselves in this issue.

The main conflict in Teen Titans Academy #3 followed the Suicide Squad as they try to kidnap Bolt to have her join their team. It spins out of Suicide Squad #3, but if you’re not already reading that book, I don’t think you need to in order to get the full picture. This book does a good job catching you up with what’s going on.

I liked the backstory that Sheridan detailed for Bolt. It was succinct, but it was successful in building up who she is and what she cares for. She’s also a character with a disability, and I felt like her backstory relating to that was handled well. I really like her.

Without getting too much into spoiler territory, Bolt is indebted to Amanda Waller, and she needs a Speedster for this iteration of the team. But Bolt doesn’t want to go. Who would? Nobody wants a chip in their brain rigged to explode because they might decide to make a decision for themselves.

I know I just said you didn’t have to read Suicide Squad, and I mean that in regards to relating to this book, but it is good for other reasons. Superboy is on the team, and we don’t really know why or how Waller was able to get her hooks in him. He doesn’t really want to be there, but he doesn’t have much choice. My guy was sad as hell walking the halls of Titans Tower this issue, reminiscing on when times were much simpler. He needs a hug.

Teen Titans Academy #3 centers a story around new Teen Titan Bolt as she tries to flee the captive claws of the Suicide Squad.