When it comes to games, I am here for two things: a challenge and some good old fashioned anime influence. It’s no secret that a series that provides both of these in spades is Monster Hunter. Starting in 2004, the Monster Hunter games have grown steadily in popularity before reaching a spike with 2018’s Monster Hunter: World.

In addition to reaching the biggest audience of any Capcom game ever, this entry in the series also marked the first time in its history that a main line game had no alternative or equivalent which was portable. Often, Monster Hunter games would release exclusively in portable format, with the Nintendo 3DS and Sony PSP housing the largest number of games in the series.

Throughout World’s lifespan, there were a significant number of fans hoping and asking for a return to portable format. Capcom listened. And last week marked the global launch of Monster Hunter Rise on the Nintendo Switch.

The thing about these games is that it is hard to talk about everything they offer based on a day of play or even a review period. By its nature as a game that focuses heavily on multiplayer, there are certain facets that simply cannot be fairly assessed in that length of time.

Essentially, the gameplay loop for Monster Hunter Rise is the same as its predecessors – hunt monsters, take loot from said monsters, and use that loot to build better gear to hunt stronger monsters. Obviously, I’m being reductive, and there is so much nuance that goes into that process. However, at its core, that this is the loop and frankly it is fantastic that they did not change it.

It is tempting to take a concept like “innovation” and turn it into buzz that then becomes the addition or removal of bells and whistles that are neither necessary or welcome. Monster Hunter as a franchise is a story of sticking to your guns and doubling down on what makes you strong instead of trying to correct weakness.

As such, the same weaknesses that this series has always had to shine through here – the gameplay is a loop in the one of the most literal senses in gaming and can get repetitive. Further, Rise has moments of menacing difficulty that punctuate sometimes laughably easy early and mid-game missions. These intentional choke points can be a frustration, though are also par for the course, so the amount they stymie you is really a matter of being initiated to the games.

However, this is more or less where the weaknesses end and some real brilliance begins to shine through.

The Master of Faster

Where Rise shines (pun very much intended) is in the way we as players interact with the environment. There are five main hunting areas in the game, two of which are remade from the oft-overlooked Monster Hunter Tri. These areas are immense but remove the older games’ limitation of each zone in an area being a new instance that requires reloading the game. Everything flows and looks gorgeous while doing it thanks to the RE Engine under the hood.

This game takes smooth graphics and transitions and adds in bright colors to give an aesthetic that is just as pretty as anything on the more powerful hardware of a current PlayStation or XBox. I would go so far as to say it’s the best-looking game I have played on the Switch, though there is some stiff competition. It’s definitely the best-looking third-party offering, though.

To navigate all this splendor, each hunter is outfitted with two wirebugs – creatures that resemble large fireflies – which can be used to move horizontally and vertically through any terrain with ease. I was pleased to see that a little over 90% of the ground I could see, I could somehow cover. There were very few invisible walls to be had. Treasures and lore items abound for those curious to explore every nook of each map.

It’s an odd but effective paradox; on one hand, the game rewards exploration (a true chore in World, and one of that game’s few bleak spots) and at the same time, the word du jour is “speed.” Nothing ever feels like it takes as long as it does, whether it be zipping across the Shrine ruins to collect plants while you’re commuting to work or grinding up monster materials while you’re getting your hair done. It doesn’t make things faster so much as immerse you in such a way that you forget about time for a little bit altogether, a true rarity for a portable game.

Make no mistake though, Rise definitely wants to leave you with a sense of speed and does so through its wirebugs and the other new entry into the series, Canynes. As you can probably guess, these are dog alternatives to the Felynes, or Palicoes. These Palamutes, as they are called, are focused on assisting in combat, but more importantly, any one of them can serve as a mount to get your hunter from A to B with no problem, running and jumping and dashing and attacking where necessary. Using this functionality in tandem with wirebugs takes some getting used to but truly, once you get the hang of it, it is something you can do all day and forget there is a reason you’re out here in the first place.

It is not news that Monster Hunter is a multiplayer-focused affair. Indeed, that’s why the whole series even exists.

However, it is clear very early that Rise is putting the emphasis square on this part of the game, with its single player campaign being over in mere hours. I didn’t sit nonstop through it, but my game clock read about 6 hours from first hunt to credits.

After this, though, there are high rank hunts to be had in the single player village, and all the content of the multiplayer hub. There are many more hunts and bounties to be found in the hub, which is built for up to four players. There are several monsters which do not even appear in single player. To get the full experience and breadth of this game, you will need to hunt in a party.

Thankfully, this is made easier than ever with the way the hub is set up here. In World, you were required to join an online session whenever you played. Rise eschews this in favor of true drop-in style of play, with there being a menu option to join a hunt at will. Instead of looking for a monster and hoping someone else is hunting it, you just press the button, pick the mission you want to run, and the game handles setup and putting you into a session with someone looking for help.

Nintendo’s online effort is surprisingly strong here, considering the spotty history the company has with online play. I had very few disconnects or even lag while hunting, and no latency issues whatsoever. This is the effort I want to see out of Nintendo (and honestly, Capcom) moving forward. The simplicity of joining hunts and the efficiency of the system were delightful.

With that in mind, once engaged in a multiplayer hunt, one of the other weaknesses of this game comes through, if you can call it that – this game is noticeably easier than its predecessors. Don’t get me wrong, there is nothing wrong with a game not being a harrowing outing every time you play it. Also, there are still many moments of difficulty, but all in all this game is easier than previous games and more accessible. I call this less flaw and more opportunity cost. And even still, some modes and missions bring that classic challenge.

Plants vs. Zombies Could Never

Rampage is a mission style new for this game which takes the form of a hunt fused with a tower defense-style strategy game. There are hordes of enemies and you have a fortress you can use to hold them off, with access to weapons and villagers and traps in order to make your stand. These missions are a success if you either fend off the hordes or fend off the boss, or apex, monster without your own gates being destroyed. While it is only compulsory to do 4 of these missions to complete the game, you will want to come back for the fun and exclusive items. There is a deep strategy here, and my tacticians reading this will have quite a bit to chew on when making moves.

The Rampage is an integral part of Rise’s world-building and narrative, and solving its mysteries is what drives the story forward from beginning to end; in the beginning, you and a cadre of hunters are trying to prepare for it, then stop it, then figure out why it is happening to begin with. It is a clever way to mix up the gameplay and a welcome addition to the series.

While playing one of these missions, I came to a stark realization that it took me a second to wrap my head around – my jump in the fray swinging style, famous for pissing off comrades and bringing joy to my life, was not leading to my repeated and tragically obvious death. I then noticed gunners and snipers going down left and right. This led to my final and biggest observation after my marathon with this game.

In so doing, what Capcom has accomplished is nothing short of amazing synergy between the best aspects of “Classic” Monster Hunter and the accessibility that so-called “5th generation” (World and onward) prided itself on. Nothing is the same, and yet everything is. And at its core, what makes this series what it is is beautifully intact – it is EXACTLY what it says it is. You are going to hunt monsters, and you are going to rise. I promise you nothing more and nothing less.

The Good: This game is fun, fast-paced, accessible, and flexible, looking beautiful in both your hand and on the TV. The Rampage missions are a blast, and some of the views you get while exploring the world are breathtaking.

The Bad: Some may find the game a bit too easy or too short, particularly if the gameplay loop isn’t of large interest to you. Also, there have been complaints that content is a bit sparse. Capcom is known for its dope DLC, though, and they’ve already announced Title Update 1 for an April release.

The Verdict: I can scarcely recommend this game highly enough. It is fun, newbie and kid-friendly, and truly like a kaiju anime come to life. If you would like to wait on more content, I get it. But for me, this was worth the cost of admission on day 1. I give it 9.7 goodest boys out of 10. 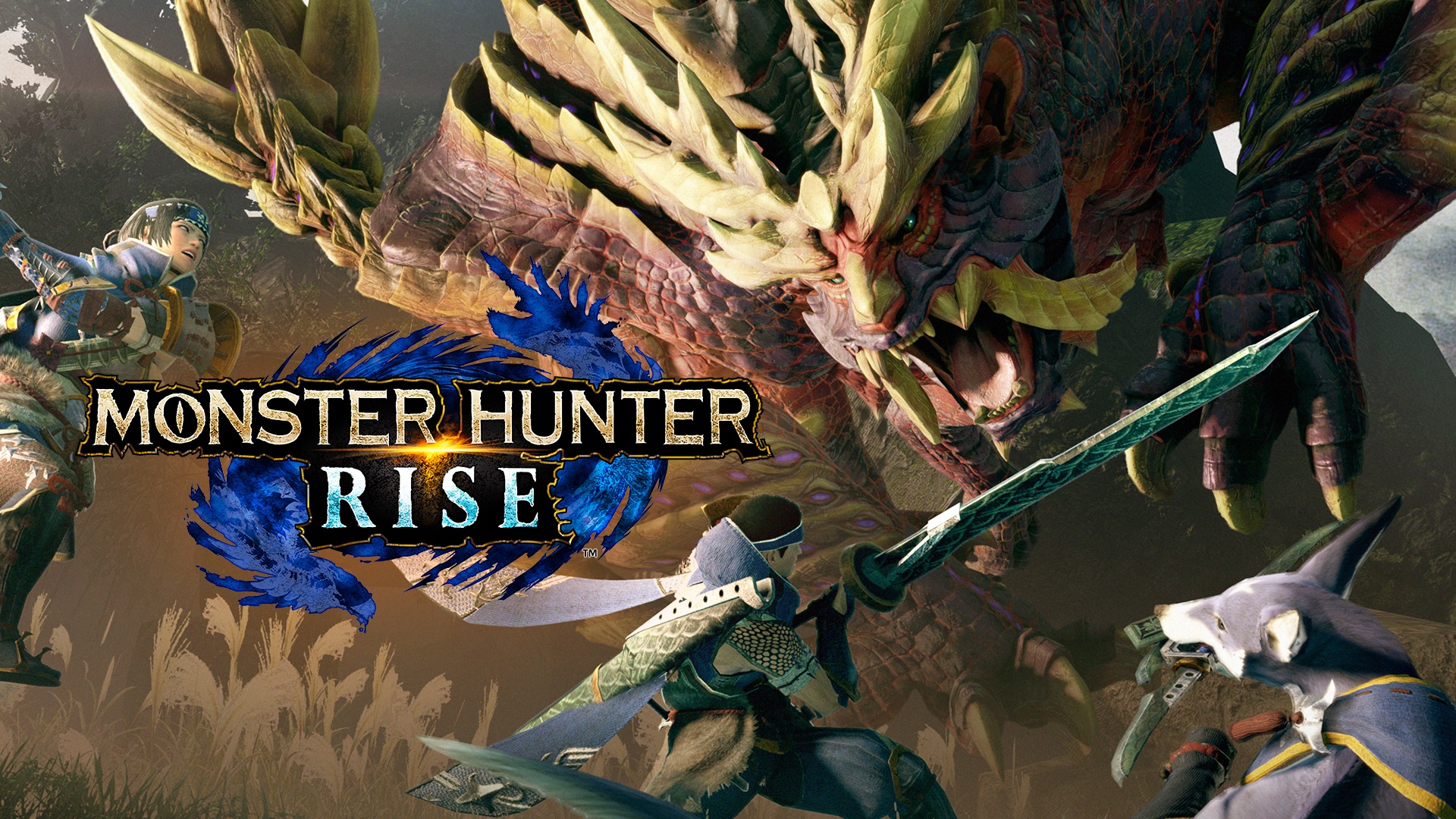