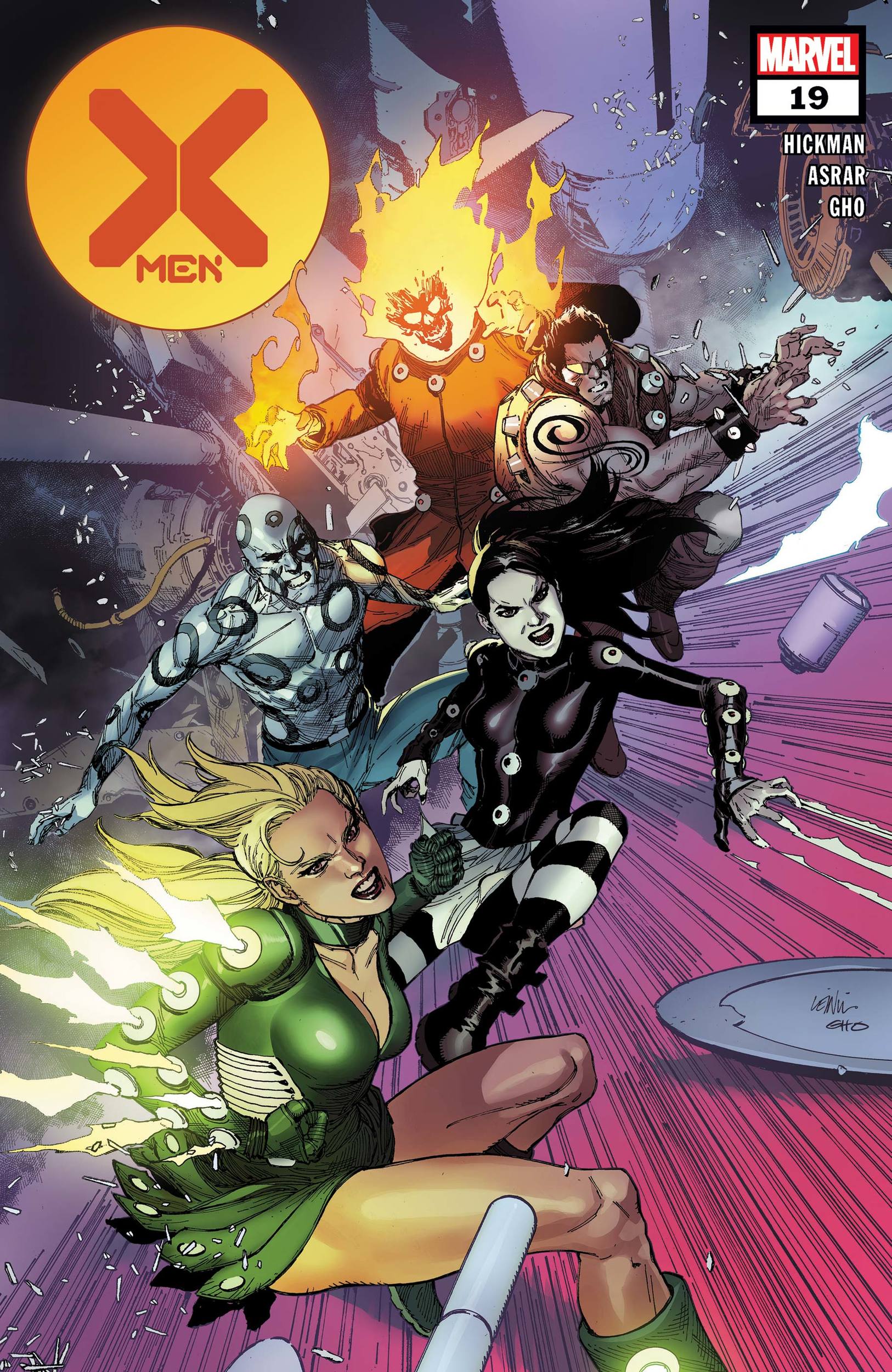 *Light Spoilers Be Jumpin Off The Data Pages*

This comic represents exactly what Jonathan Hickman’s X-Men universe is all about. It stews in its sci-fi glory like curry goat simmering for hours! It leans on the superiority of mutantdom like broken athletes lean on their surgeries, crutches, and physical therapists. It weaves together a story set in motion before the Covid-19 era like Snyder crocheting backstory into Justice League 4.0!

Laura, Darwin, and Synch entered The Vault more than a year ago in X-Men #5. 3 months passed outside the vault and Professor X’s best guess for how long they’d actually been in their own version of hell was 537 years…and some change. Cyclops questioned what he’d done to the three extremely durable mutants that he sent in there, but Cyclops’ pain will pale in comparison when he finds out what really happened, and how many agonizing lifetimes his fellow Krakoans were forced to endure on a doomed mission.

Stuck inside, the team has no other option but to observe, learn, survive, repeat. This covert approach to storytelling can lead to mediocrity, but the long-awaited venture into the vault delivers on all fronts. The Children of the Vault glow up details provided some good context and perspective for the “bad guys.” Hickman’s ability to expand on the idea of forever, love, and life in the matter of 28 pages is wild impressive. Oh, you want to get into that character profile transformation!?

All 3 of our heroes have incredibly tragic arcs during their hundreds of years of temporal imprisonment. In hindsight, Darwin’s outcome was inevitable considering what we now know about the Children of the Vault’s highly adaptable future. Synch’s experience just makes you want to cry as you watch him experience such an ocean of emotions that we generational humans couldn’t even fathom. Laura’s arc is perhaps the most appalling, as her growth and maturation are stolen from her as quickly as Thanos’ snap erased half of all life.

X-Men #19 does the one thing a comic book in this era must do as often as possible, make the stakes real and keep your audience engaged. With the help of issue #18, Hickman paints an incredible picture of how the City inside this vault operates, how the Children of the Vault are born, dives into their evolutionary progression and provides valid reasoning for their push to live, and how they will now push further than they were capable of before anyone entered the vault.

Tis the irony of trying to avoid the homo novissima future that awaits. Mahmud Asra crushed the game these last 2 issues and did those scripts justice. Sometimes it’s hard to believe, but X-Men comics are really back!