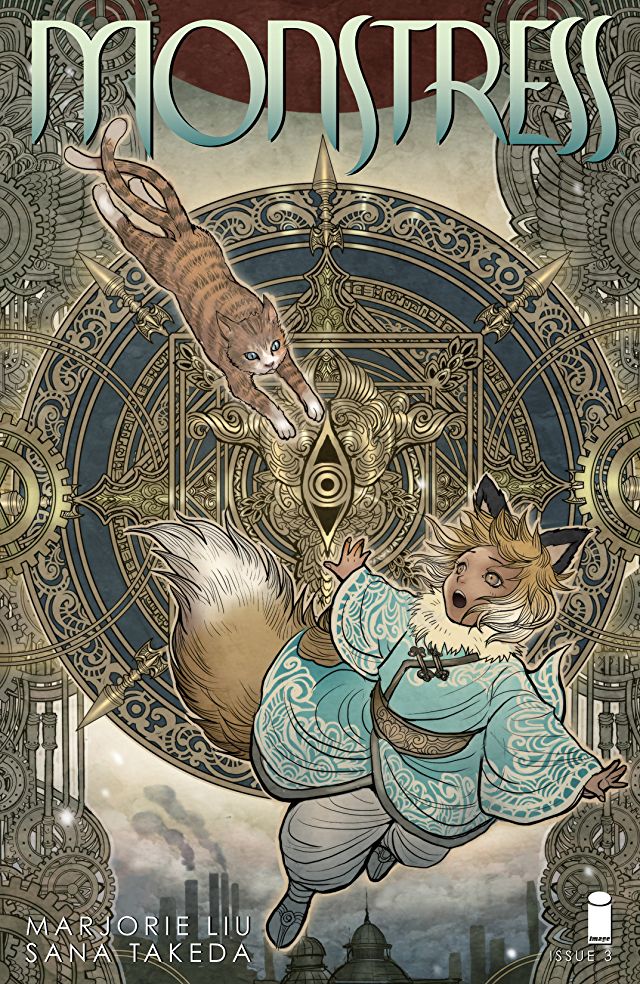 Monstress is shaping out to be multi-layered. From issue one, I gathered this comic’s story to be a race against time to complete an impossible task with a deadly power of some mostly unknown being which will likely consume Maika (IF she doesn’t complete what she’s set out to do). World building noted: we’re seeing more of a fascinating hierarchy set in place and the delicate balance of it as more is revealed of the magic and science involved and how certain groups rose to power. 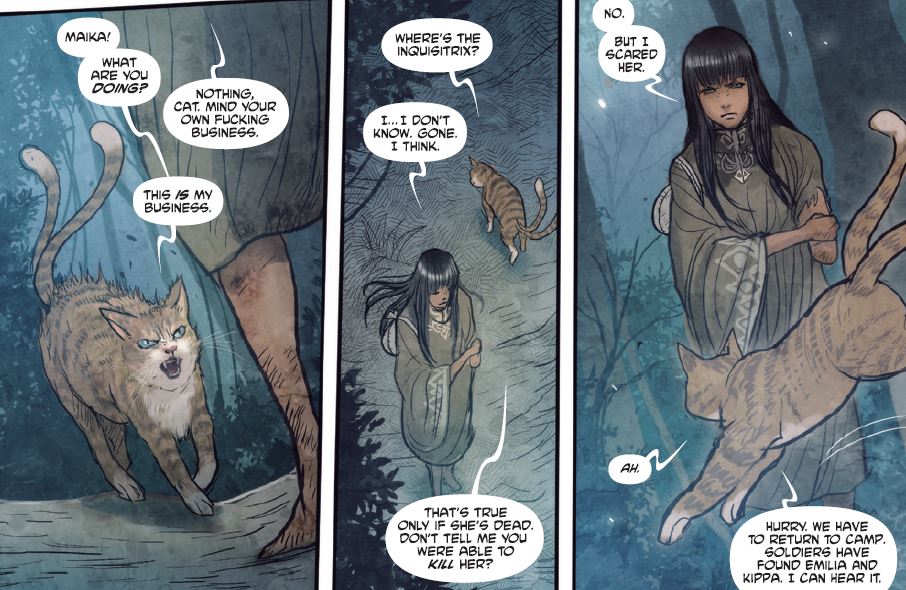 From this issue we’re granted more of Maika’s backstory and just a glimpse of the sacrifices of her mother to keep her daughter safe for whatever short period of time – yet Maika searches for her and any clues that will bring her closer to her. This comic could very well become a love letter of sorts to mothers and daughters and the strained relationships they can have due to wanting to protect the other… but only time will tell on that.

There’s a real feel of urgency that I’ve discovered as I’ve been reading this comic. Hmmmm….How to explain it? Once I start turning the pages and becoming immersed in the story I just feel like I’ve sucked into a tornado with nearly every emotion ever present. There’s guilt. Rage. Surprise. Joy. Sorrow. Shame. Hope. Hope and Hope. It’s a wild ride every time I get my hands on an issue of Monstress. Three issues in and I’m impressed that it hasn’t faltered much in keeping my attention. The quality hasn’t gone downhill and from the front cover to back cover: it’s quite clear just how much work has gone it this book: from the intricate art to each surprising line held in the speech bubbles.

Monstress also continues to be terrifying in the imagery – blood, glore and all the ancient deities that populate the world. In the writing, we’re learning some of the motivations and seeing the cruelties behind many of the characters on the pages and it’s not pretty.

9 Names You Must Never Forget out of 10