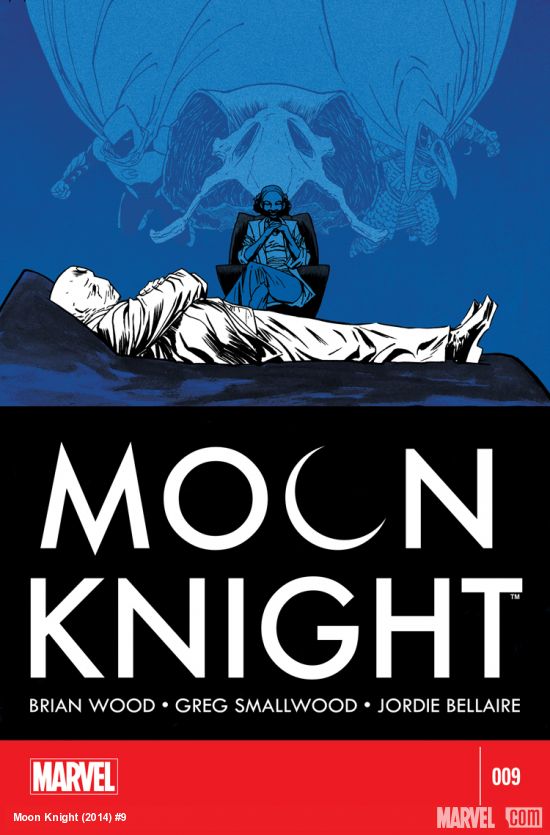 I was really concerned for the well being of Moon Knight after Warren Ellis ended his run, but Brian Wood is that fucking dude on this series. He has kept the case by case (one shot) approach for each issue but has also introduced a bit of an arc story wise dealing with Moon Knight’s therapist.

As we saw before she had hired some mercenaries to take out a man in power (Lorr) who in his youth (as we found out) attacked her village leaving her as the only survivor. this is all explained via hypnosis as she enters Moon Knight’s mind seeing his origin then allowing him to take the wheel and see her own. The best part of the series is how she ups the ante of the hypnosis and has Moon Knight interacting with the soldiers in this event trying to make a difference. She displays that this is happening all over the world and there are no laws that can write these wrongs. Only retribution, Moon Knight isn’t going for what she selling… but he isn’t the one she was trying to convince.

Art wise this was dark gritty and perfect, story wise this is a huge turn I am happy to see. Wood is going Mad Max in the Thunder Dome for his run on Moon Knight.