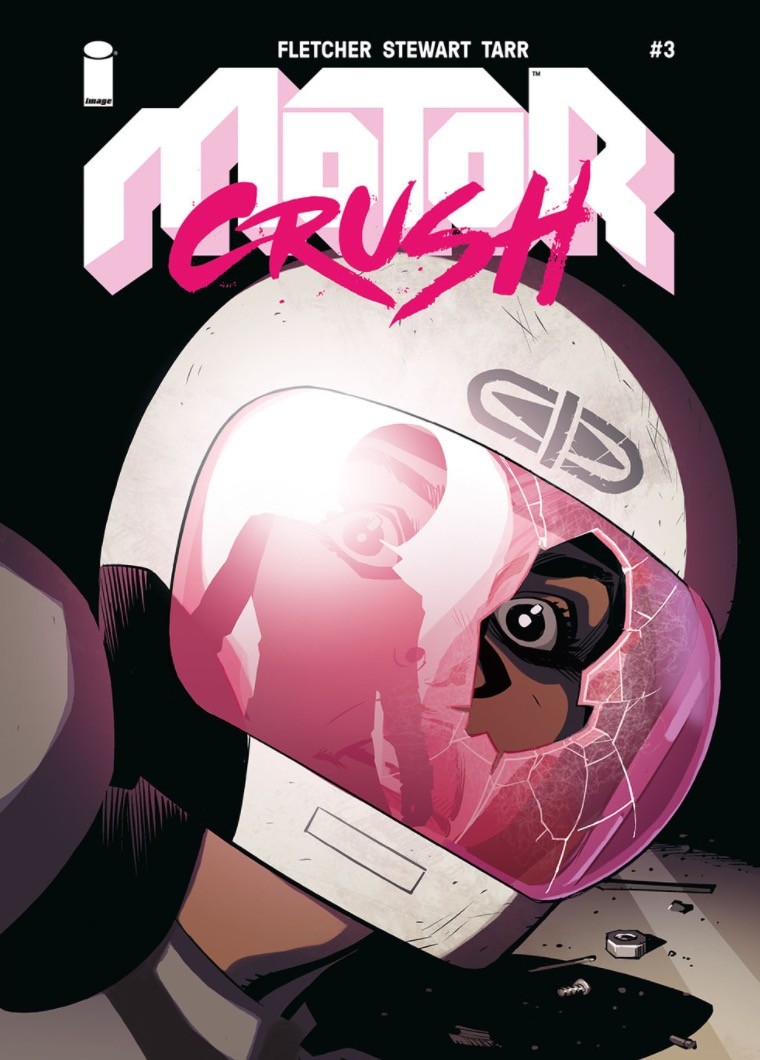 Domino Swift AKA Cricket hits her third issue that does well adding more depth to the series while already taking advantage of the established characters and the world that’s been built so far. There’s callbacks to one of the biker gangs from issue 1, a deeper dive into Domino and Lola’s half-working-half-romantic relationship, and an actual introduction to 3-time cup winner and Sexiest Man Alive, Decimus Wexler. Decimus will likely play more than just the oblivious competition and will develop into a key character in Domino’s drama himself, so it’s fun to predict the type of character he’ll prove to be after his shallow persona gives way to who he really is. For now though, he’s the Tom Brady of the Grand Prix.

In the meantime, there’s enough between Domino and Lola to keep readers interested, continuing with insight into their past relationship and how Domino’s father seems to be an emotional pawn in their game of toxic love. Lola is the type of character, pure of heart and noble of intention, whose feelings for Domino make you care for Domino too. Domino is likable herself, sure, but Lola is so torn that her affection for Domino, despite Domino’s seemingly frequent shortcomings, is contagious. 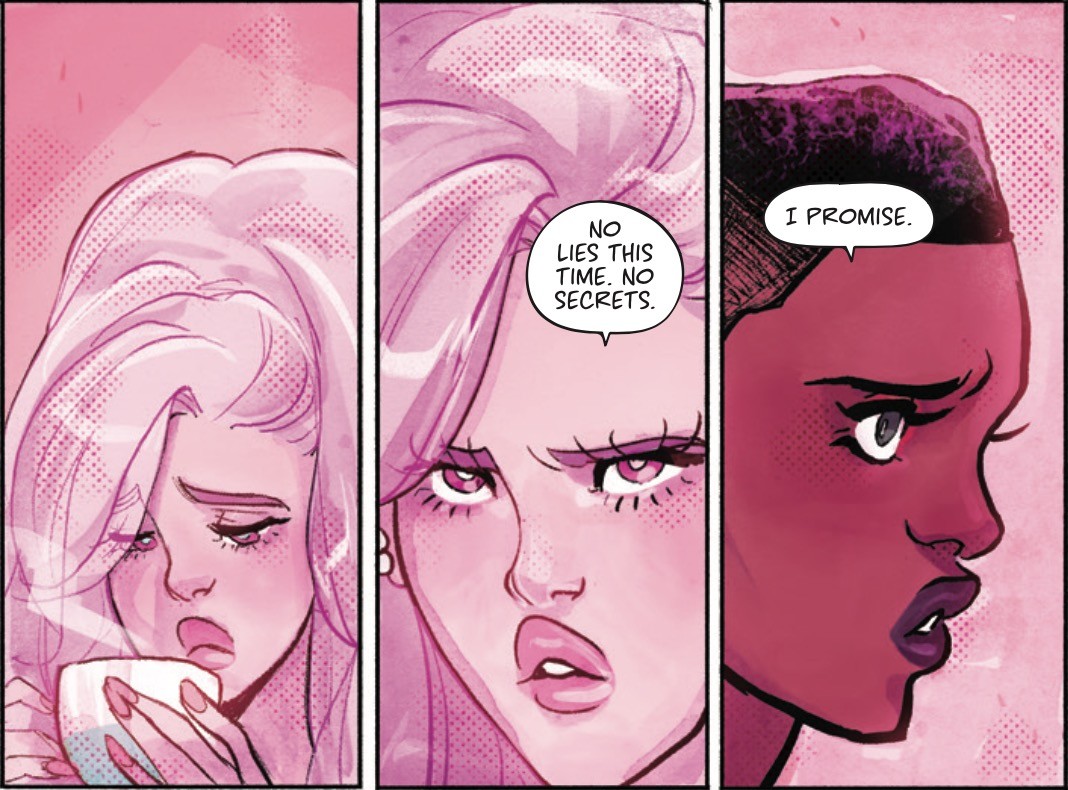 Motor Crush #3 moves fast during the race scenes, only in a way that reads like pressing fast-forward through the action. There are 2 races in the issue that, combined, are shorter than a single action scene from the previous issues, which concedes a degree of fun in exchange for all the new characters who needed panel space. Tarr still flexes her muscle artistically, especially towards the end of the issue with bright red tones when shit gets real and Domino’s fear is at level 10. 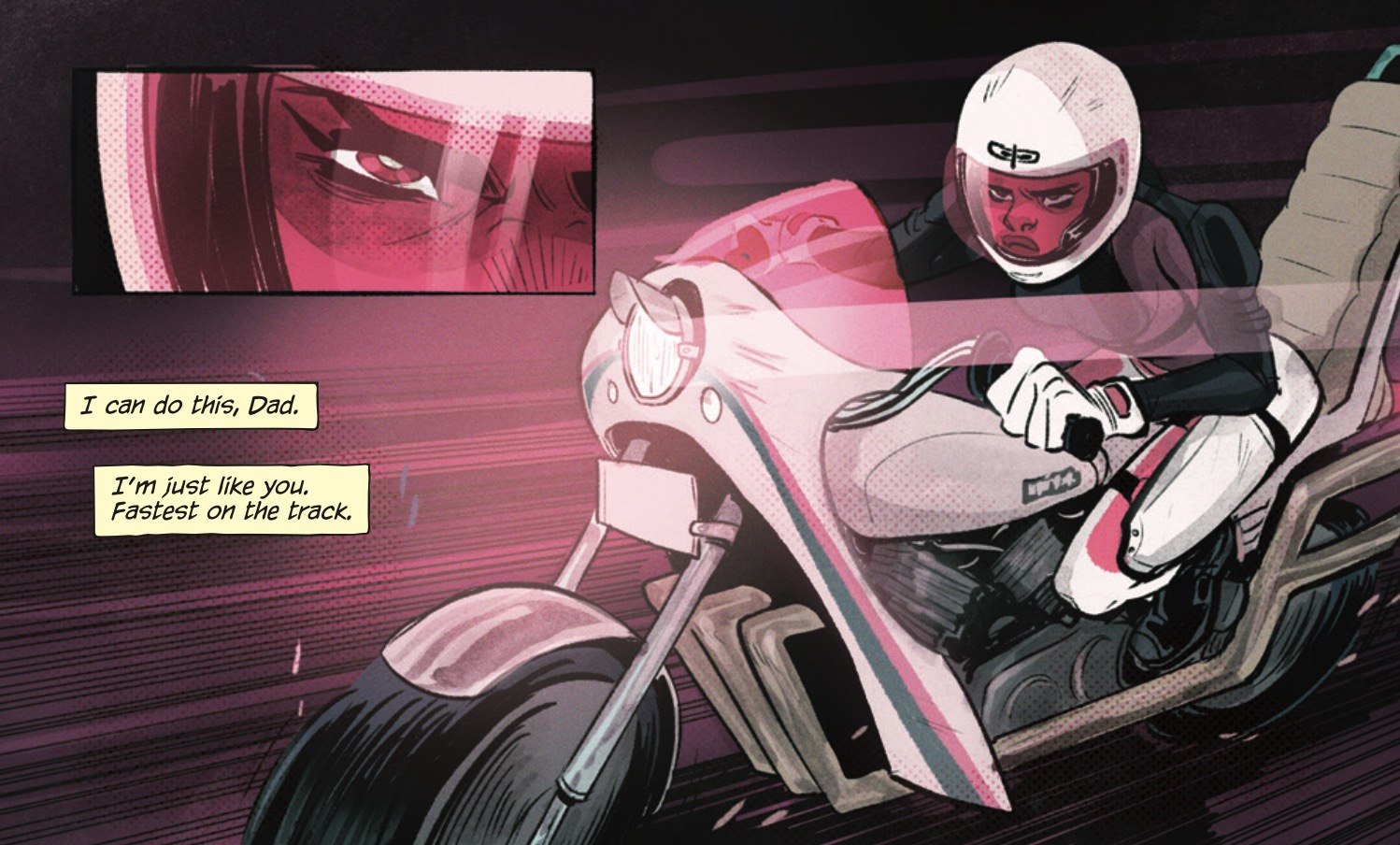 Overall, Motor Crush #3 stays on par with expectations of being a fun read, beautifully colored, with interesting characters surrounding our main gal. Domino carries the series, but the fact she doesn’t have to is a good sign. We have so many other characters to learn while Domino Swift tries to win the Grand Prix, break free from the mob, rekindle love, and keep everyone clear to her safe in the process.