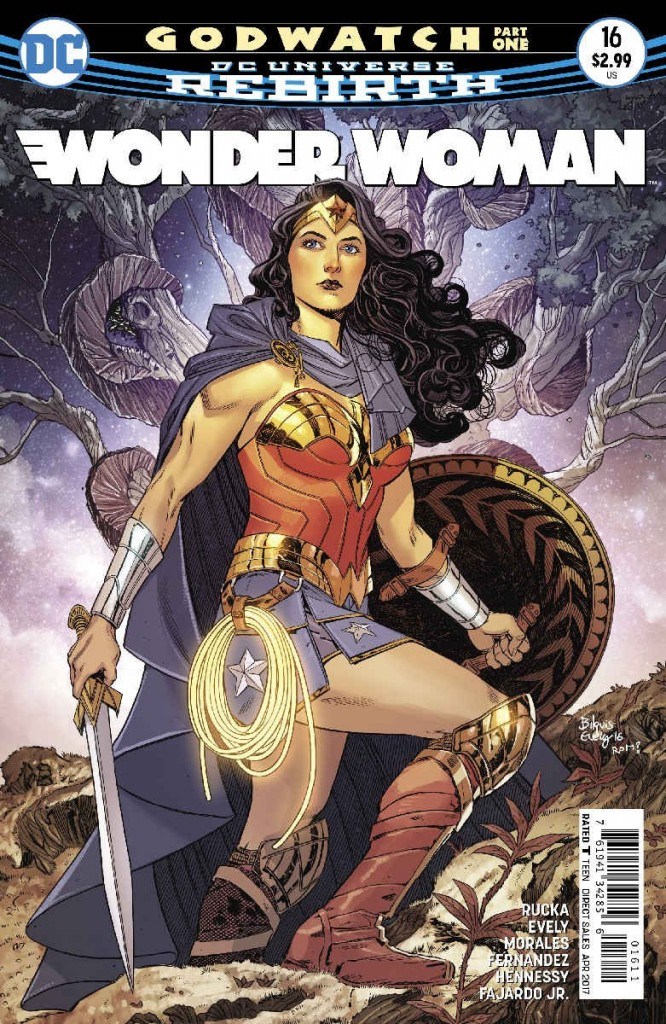 I continue to be amazed at how Rucka carries out these two separate storylines that start from different ends and still manage to interconnect and intertwine with one another. Dude is seriously going dual wield with the story telling, and just when you thought it was done he’s shouting “foooooled youuuuuu.” We’re still getting early origins and present day stories for Wonder Woman as Rucka is building the mythos like a supped up car in the Fast & Furious series. This is some real craft shit right here where you’re re-world-building a character from ground zero with new stories, characters, and hot takes.

All that said, we’re now getting to see the side of the “bad guys”. We’re learning the origins of Godwatch, which is the group that’s on Team Angel’s (Steve Trevor, Etta Candy, Barbara Minerva, and Diana) ass. In present day we know that Veronica Cale been pulling mad strings and we delve now into how that all started. We are presented with the mutual friendship and business arrangement between Veronica Cale and Adriana Anderson and what leads Adriana to becoming the Doctor Cyber. The discussion between the two over Wonder Woman’s feats having been in the public for about 6 months now and is where we get all the info we need to gather why Veronica doesn’t fuck with Wonder Woman in the least. I mean, she’s really on a “we don’t believe you, you need more people” stance when it comes to your womans and dem, Diana Prince. 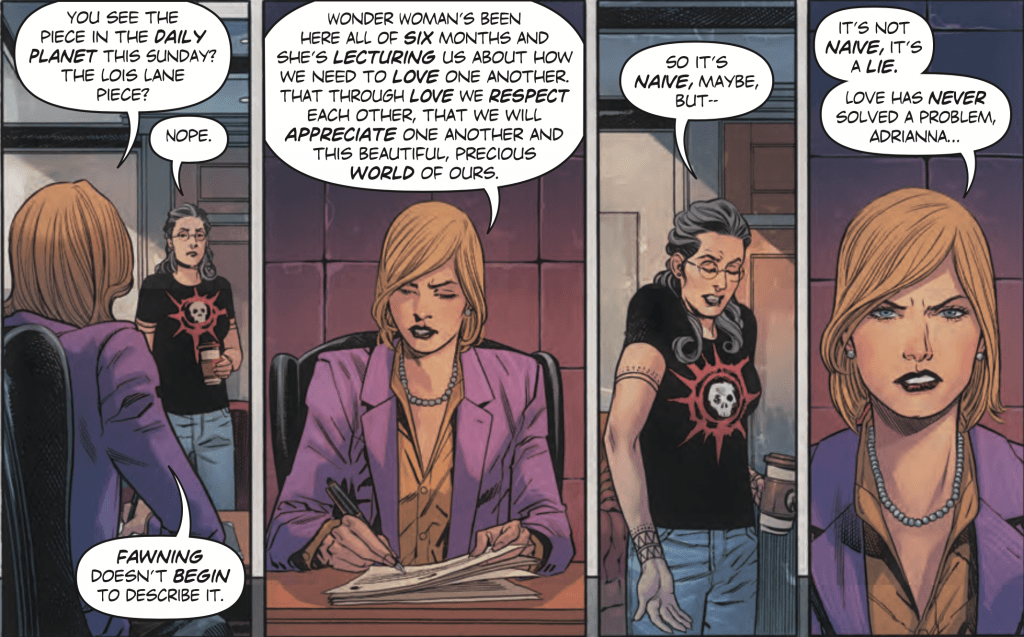 Veronica’s daughter comes under danger due to a few gods showing their asses. This is all in order to get to Diana. They want Veronica and Adriana to get information from Diana that they can’t get themselves. The names of these gods makes me think that they’re Aries’ children (Phobos is most def a child of Aries in lore but I don’t remember him being a twin). This situation goes from “what the fuck” to “holy fuck” with the ending of the issue. Evely does a great job with the characters’ personalities this issue: Diana comes across as the empathetic warrior, Adriana as a fangirl and great friend, and Veronica who comes across as total business but then showing a range of emotion when those closest to her are in danger.

We’ve seen just how dangerous Godwatch is when they’re on the move and we’re now going to learn why they’re so dangers with this look back at their beginnings. Rucka and Evely are just getting warmed up to deliver yet another great set of arcs.