Man, let me get comfortable right quick like I was slipping into a tailored two-button suit with the Teflon shielding sewn in to the fabric. After some speculation and a whole lot of fanfare, Starz gave that green light to develop a TV show inside the John Wick universe, centered around the infamous Continental Hotel. You know, that luxurious sanctuary, the home-away-from home to give comfort to all your mass murdering needs.

Let me say off rip, I’m with the shits. I rock with John Wick and his universe like we takin’ that stroll on the bridge right after our house got the “Inception Dream Bigger” treatment. Even if it ain’t Keanu dressing up as boogeyman, the boogie man, dressing up as John Wick running through these small screen streets, the universe is fascinating enough that I’m down. So while we in the early development stages (and because I too once built my legend around a historic night with nothing but a pencil), I got some things I need to see from this show. Let me slap this gold medallion on the counter one time and get these bars off.

Just Call It ‘The Continental,’ Fam

Starz ain’t got to get fancy here, the name is perfect. Slick. Professional. No filla. The Continental gives you all the work up front so you know what you getting into. 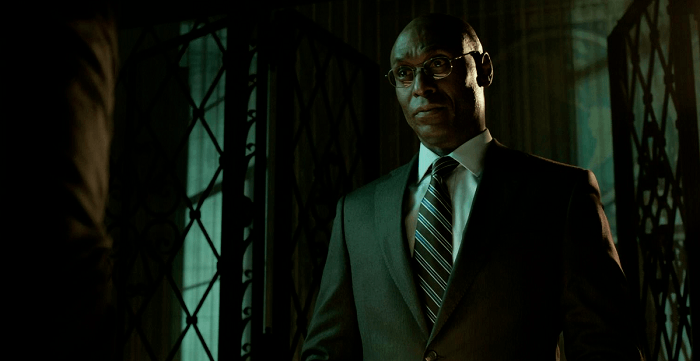 You have a rare treat where you have two well renowned actors that are in the original movies that also do a lot of TV, so this should be doable. Like…fam, please. Speaking of casting…

The Rise of Mr. Wednesday

Ian McShane gotta be the come up. Listen, Gotham is…terrible. Like, an overturned tourist bus of a TV show. But before I bounced (after like 4 episodes), the one thing I did like was that it showed the Penguin rise up the ranks from picked on petty criminal to all caps BOSS. That’s what I want to see from Winston. How did he get in power? Was he a hitter too? Did he lead a coup? A character with that much charisma gotta have a dope ass origin story.

All Shapes and Sizes

Look yo, we talkin’ about a haven for a bunch of assassins. A bunch of eclectic muthafucka. So this shit needs to be diverse in the most profound way. There should be no group underrepresented on this show.

I want to see the exploration of folks we don’t typically see as professionals in the most lethal job. If this shit is a bunch of conflicted white dudes with a wife and family at home, they can keep it.

Listen, y’all know the rules to this shit. You can’t start no sh_t up in the Continental Hotel unless you bout that bounty on your head. But this is the John Wick universe we talkin’ about. So Continental in the sheets, John Wick in the streets. I know, cuz it’s Starz that folks are like, yeah, Strike Back got action, there you go. Yeah, Strike Back is cool, but that ain’t what this needs to be.

We need that Banshee choreography fam. We need “I had to train for two weeks for this six minute scene” action, yo. We can’t skimp on this. Don’t bring no Supergirl hand-to-hand up in here, this real life, b (I mean, not really, but whatever).

So that’s just off the top, I’m too excited about this possibility so I’mma shut up before that shit gets buried in development hell and I gotta break out the sledgehammer to pull that shit back out. What y’all need from this? How you like your stylishly sanctioned murder?