Congratulations, you’ve made it four episodes into the most promoted show of the fall. Or you haven’t. It’s possible you’ve watched between zero to three episodes of Gotham and just don’t care about spoilers because you are already disinterested. Either way, four hours of Gotham have aired on Fox now and while I’m sure that there are storylines and plot threads that have yet to reveal themselves over what is typically a very, very long network TV schedule, we definitely have a feel for the TV making process that Gotham is constructed by. Here’s a spoiler: its less than great. Now look, most shows on the big four networks are either cancelled in the first two weeks or will be on for another six seasons. Considering that Gotham just got renewed for a second season, not only are people watching Gotham (like I have been up to this point), but there are some people that are actually enjoying it. I refer to those people as Hydra. Still, Gotham isn’t going anywhere (literally or in it’s narrative) anytime soon. So who’s still watching this show you might ask? I’ve got some ideas.

I know, I know, I always kill network TV. But here’s the thing…that’s not gonna change. CBS is the most watched network on TV because it figured out a dramatic formula for high gloss, striking visuals, melodramatic acting and really easy procedural crimes to follow while catching the bad guy at the end. I am still surprised that Gotham is on Fox because it is really built like a CBS show. And like most CBS dramas, its empty calories. Still, there is a built in viewership for anything with high production on a channel like Fox in primetime, regardless of how bad it is for your teeth.

Batman’s the One with the Cool Car, right?

Comic book adaptations are all the rage right now and who doesn’t want to be in the “know.” This is a bait and switch with Batman of course because Batman the character is awesome and this show gives you a privileged ten year old know it all who is suffering from PTSD but not allowed to go the therapy. Not exactly what I would call a fair trade off. Still, if you’re not really a comic book fan (I won’t judge you), this gives you the facsimile of comic book lore, but butchers it mostly to make it 7.8 million viewers per week friendly. And because you may not know that much about Batman or Gotham featured comic books, your insides don’t liquefy every time 15 years older than Bruce Wayne, Edward E. Nygma appears on screen. Or at Ivy Pepper’s existence, period.

Lawd, I can’t believe I’m about to do this but…If you enjoy Gotham on any level, I assume you have room to watch it and Arrow. Or you only have room for one and don’t know Arrow exists. How fuckin’ hilarious (read: depressing) is it that the running joke for Green Arrow all these years is that it he was always the poor man’s Batman and yet, his show is the superior version of basically the same thing on TV. Arrow isn’t a perfect show by any means and I didn’t care for the first season as much as the second one, but it didn’t cause me to roll my eyes so hard that I almost gave myself a concussion like Gotham does, either. Privileged white protagonists? Check. Pretty people in the grimy city? Check. Non-confusing and easy to follow plot structures with some type of resolution at the end of each episode? Check. And at least Stephen Amell can grow facial hair.

Let’s be honest, we like the punishment. We love to rail against what production teams do to our beloved stories and characters. We’ll be the first ones to big up when someone gets it right, but we’re most vocal when they completely bastardize it. And not only that, but we hate when other people don’t know what they don’t know. I still will tune in to Man of Steel for at least 15 minutes when its on even though I really, really dislike that movie because, comics. Gotham is no different. Someone asked me if Fish Mooney was black in the comic book too and I wanted to tie a weather balloon around their ankle (but I didn’t because like Taj, I too, know how physics work). It is our crux, to protect what is canon among us brave few against the beautified version that is broadcasted to the millions that just don’t know any better. 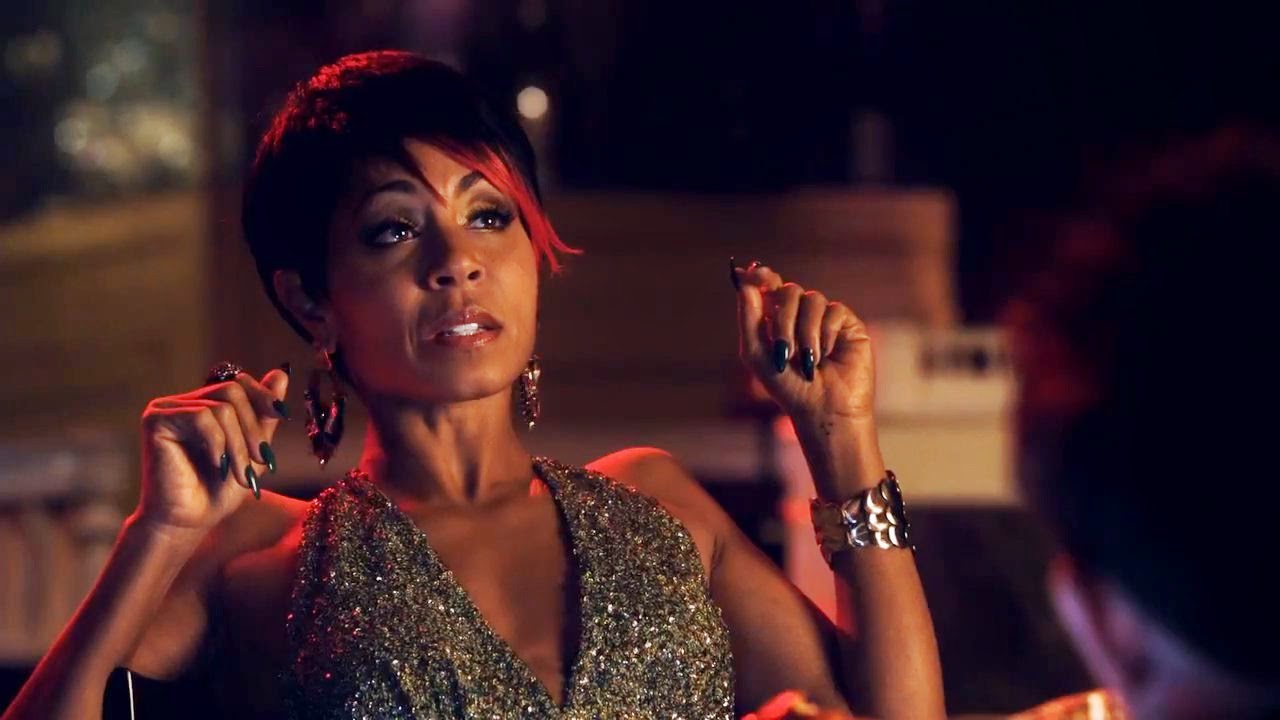 They say the only thing worse than getting old is not getting old. Well, if you happen to run a website that talks about nerd shit then the only thing worse than complaining about a comic book show is complaining about a comic book show that you honestly don’t know anything about. This is why we’re here. You want us on that wall, you need us on that wall. We didn’t land on Plym— …you get the point. As Bane would say, we do this for you…The people.

I don’t know how long we’ll be here for that particular struggle, but sometimes in the absence of a Bruce Wayne we can believe in, you gotta step up like Dick Grayson and do what’s right for the victims of Gotham. The city and its TV show viewers.