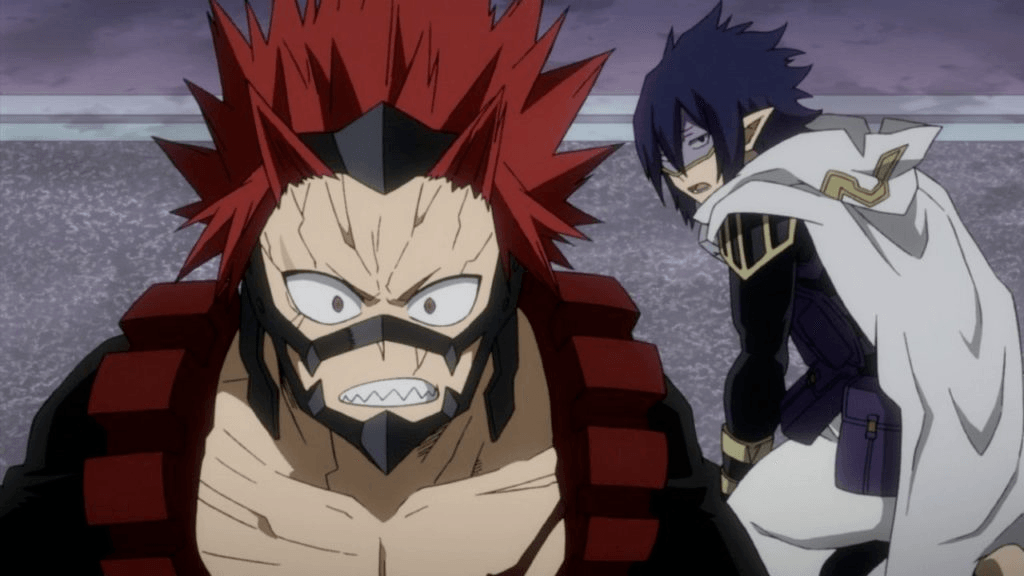 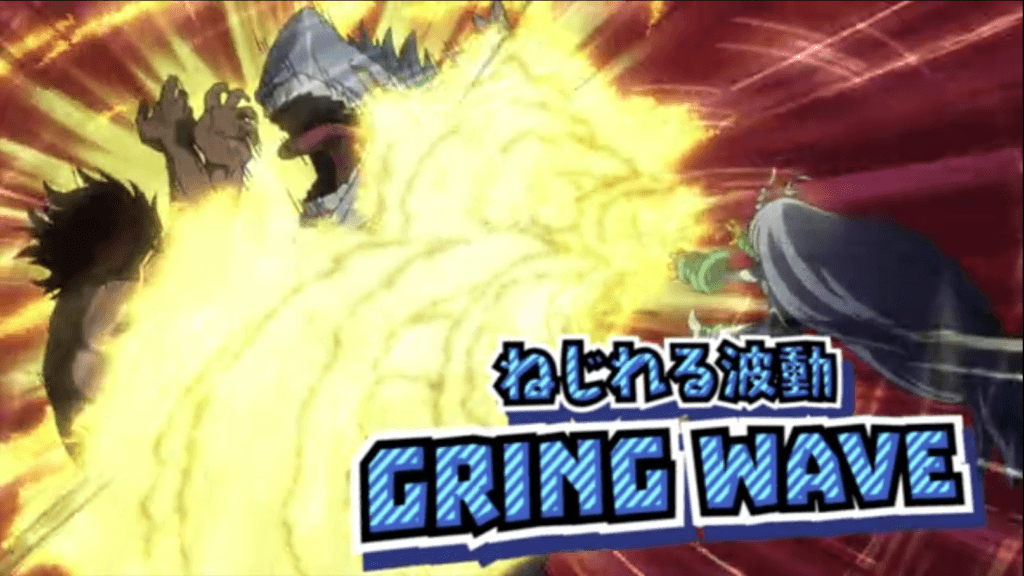 I think it’s safe to say that there is very little doubt that Deku isn’t going to ascend the ranks and become the world’s greatest hero. We’ve seen his guts, his glory, and (as of last episode) everyone of his faults and shortcoming that he’ll learn to overcome over the course of the series. Yet, My Hero Academia has also gone to great lengths to show that Young Midoriya’s peers are gonna be great heroes in their own right. We could pick (almost) any member of Class 1A and talk at length about ’em, but why don’t put the spotlight on the heroes that Let’s Go, Gutsy Red Riot focuses on. 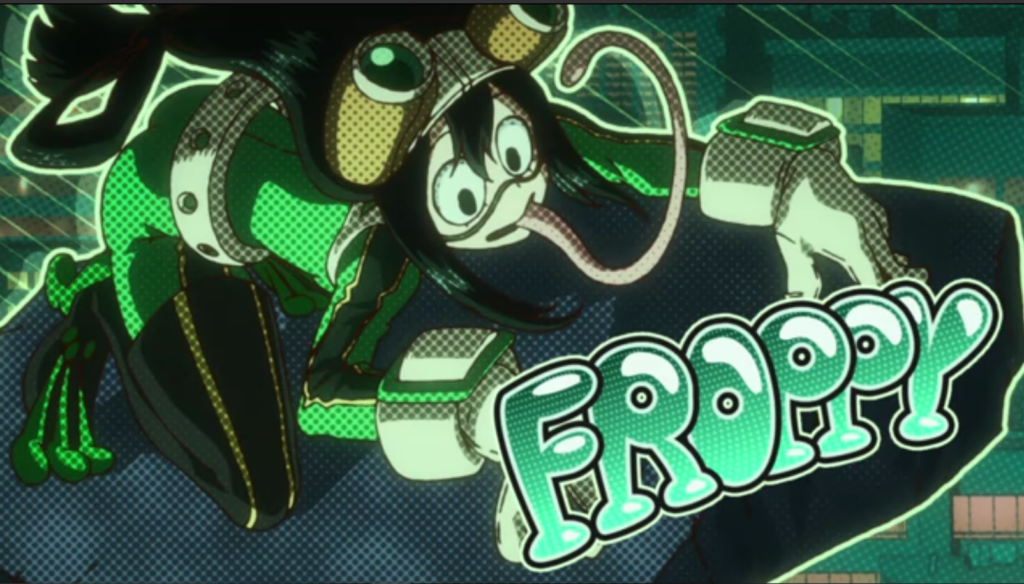 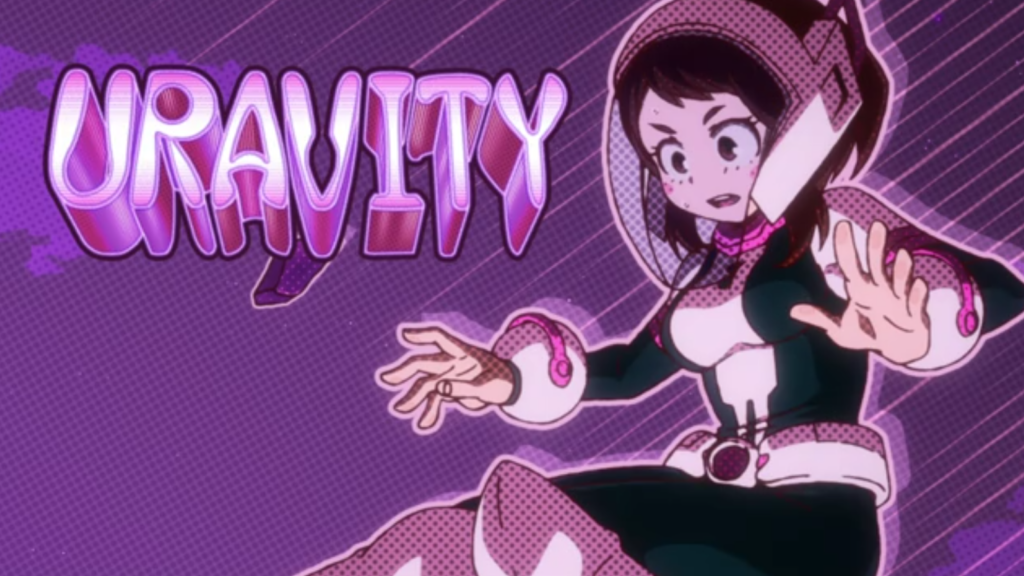 This week’s episode opens up with two perks with kaiju like statues going at each other at full intensity. However, the two villains go down with a satisfying ease thanks to the combined efforts of Nejire Hado, one of the members of the Big 3, and Ugravity and Froppy, the latest work study students of the Ryukyu Agency. Ryukyu is the No. 10 Hero whose quirk is only alluded as to as DRAGON, and proceeds to congratulate her charges and loop them on Sir Nighteye’s investigation into the Shie Hassaikai.

As it turns out, both Overhaul and Shigaraki have decided to join forces after some stressful deliberations and a single question… 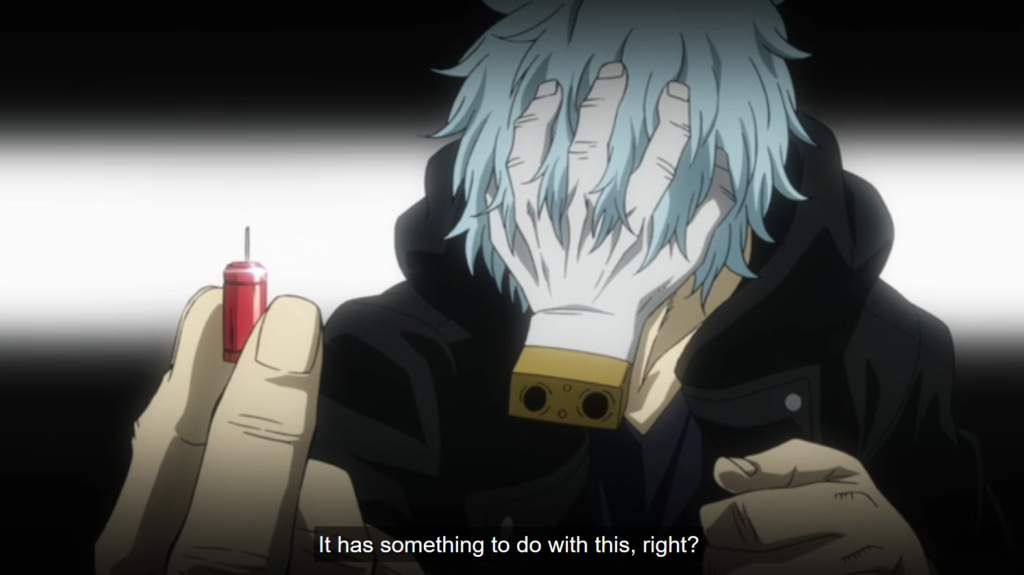 However, the bulk of this episode is focused solely on Kirishima and his work study with Fat Gum, which he landed after harassing the last of the Big 3, Tamaki Amajiki into recommended him. A typical patrol quickly escalates when a bunch of criminals cross paths with the trio, but then someone in the crowd takes a shot against Amajiki and suddenly he can’t use his perk, Manifest. When said gunman tries to shoot Kirishima, the bullet can’t make it past his Harden quirk and he ditches but not without pursuit. 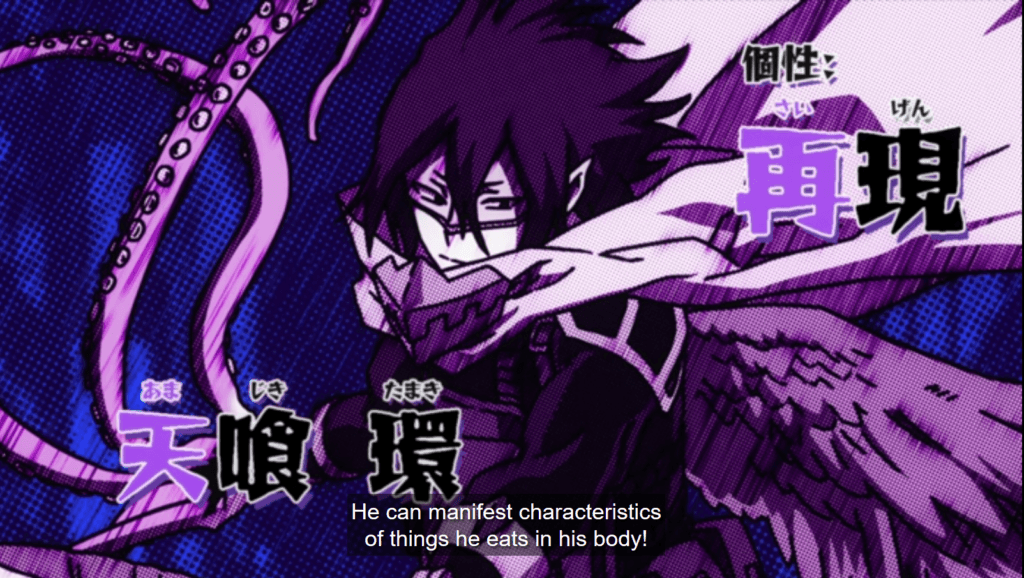 Cornered with a fairly ineffectual perk, the gunman sticks some sort of power enhancing drug into his neck and begins growing blades like no one’s business. But Kirishima knows that he has people to protect and thinks back to when Bakugo of all people gave him some inspiring words (no foolin’, I literally uttered “Bakugo, you sneaky, supportive little shit” when that line came up). After all of their bonding last season, it’s no surprise that Bakugo is the one who is able to get through Kirishima’s literal and proverbial thick skull about what he needs to do. 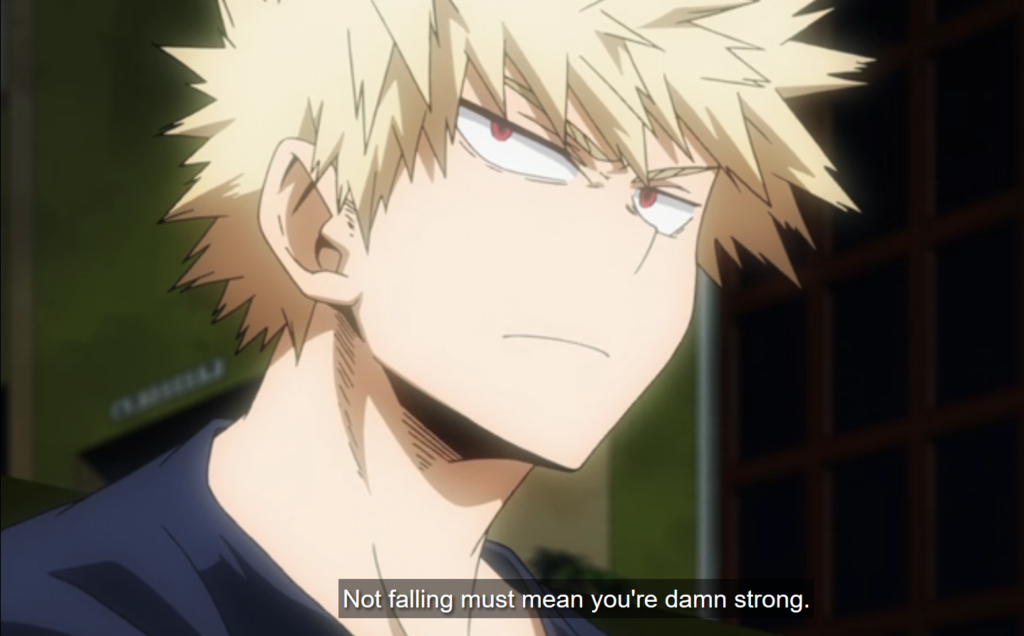 He unleashes his new signature move, RED RIOT UNBREAKABLE, and quickly puts a stop to the villain in short order and with a little assist from Fat Gum, they are able to apprehend the criminal. They have a discussion about how this power enhancing drug is a rip off of the stronger states in the States (which… oh god, what the hell goes on in the states… if only there was some way to get a glimpse into that life). But the evil forces are rising in Japan and it looks like our work study students are gonna be involved in stopping the plots. 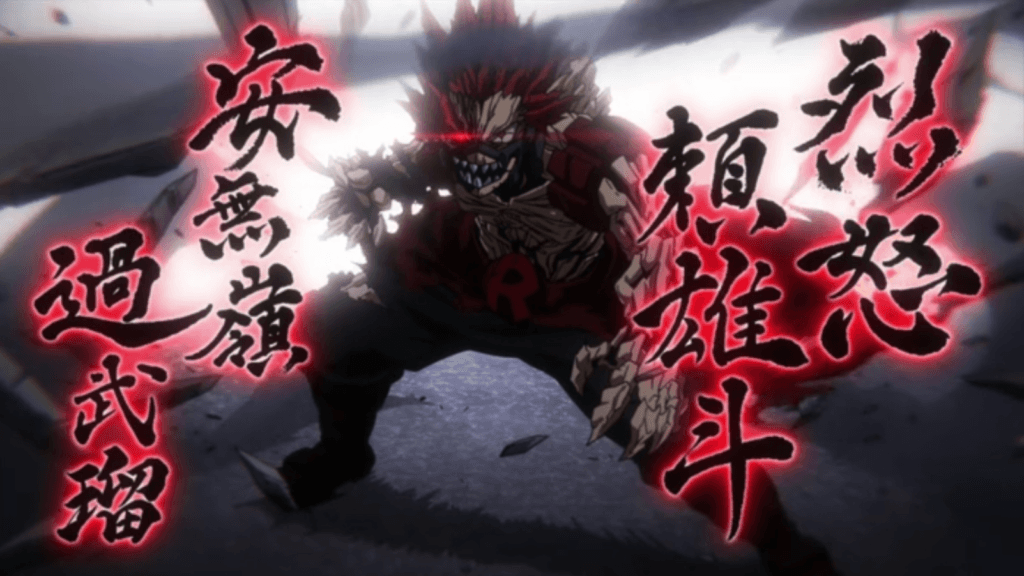 The next day, the rest of Class 1A celebrates the success of their peers and Midoriya pensively things about what he needs to do in order to save everyone, but one little girl in particular…