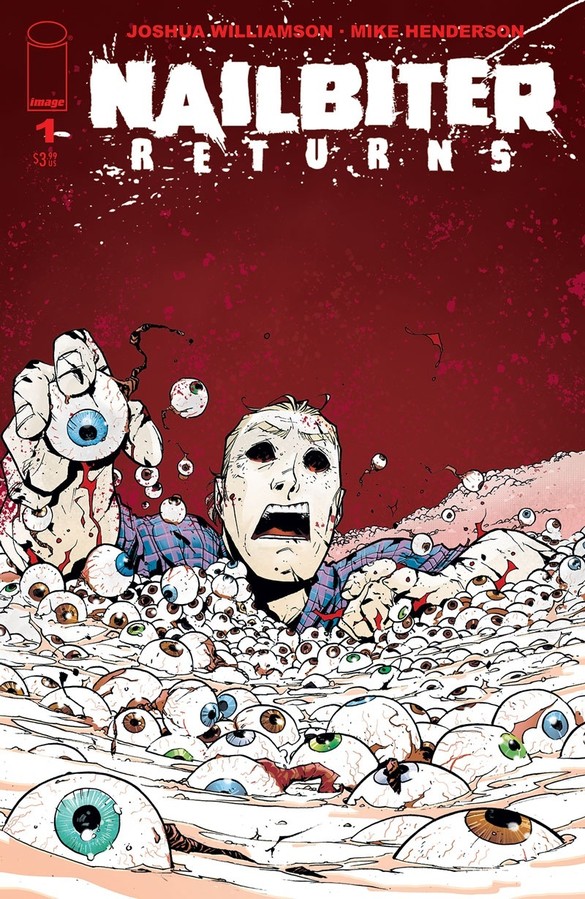 I’m going to start this review with three caveats, the first minor and the last two major.

1) My typical media consumption has historically tended away from straight up horror series, although I have found myself both reading and watching more horror at the recommendation of my friends.
2) This has a Mature rating for a reason and the cover is benign to some of body horror content inside the issue. I repeat, there is a wide spectrum of body horror.
3) Given the first fact, I never read the original Nailbiter. It had never been on my radar.

But as comics slowly begin getting released to the masses again, I saw the cover to Nailbiter Returns and was intrigued by both the art style and the pitch: a small town in Oregon produced sixteen serial killers and the worst one, the titular Nailbiter, knew the dark cities of the secrets and Agent Finch and Sheriff Crane solved the case and put those mysteries to rest until now… 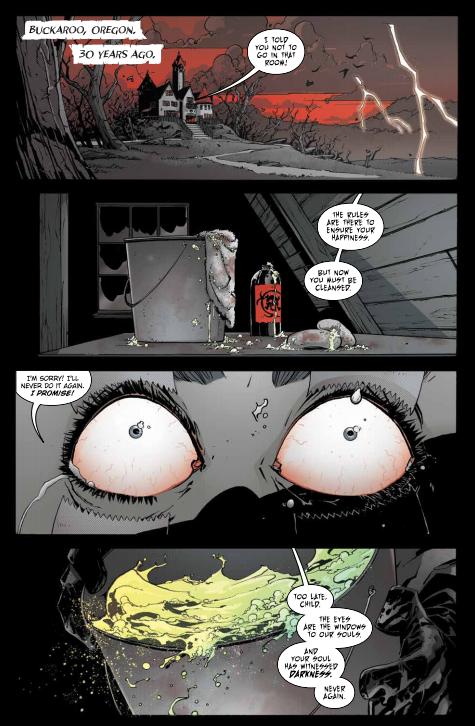 Nailbiter Returns is a #1, which means that even for the uninitiated you should be able to walk in and understand the stories without needing the context of anything that came before it and to the Williamson’s credit, he does that masterfully between a cold open in the past and the standard opening in the present.

The flashback quickly establishes the horrific tone of the series and the opening in the present day provides a quick recap of the original series while also establishing the new status quo. It feels like a succinct summary and was personally enough for me to read the rest of the issue with enough knowledge to feel like I knew what I was going into. But much like watching the sequel before the original, I definitely felt and knew I was missing out on some emotional gravitas. Case in point, I wasn’t sure exactly how to respond to the knowledge that one of the principle characters was Nailbiter’s daughter. Conversely, I could tell that I should be worried about Agent Finch’s status as “the original investigator brought in to look at a copycat crime.” The storytelling tropes worked. The narrative succeeded in probably the most important way in that I was now interested enough to look into the original series. I don’t think the hook to the main narrative quite drew me in to this series, but the general atmosphere and the familiar cop procedural meets brutal horror is definite a personal fascination. I used to read the Wikipedia articles on horror books and movies I’d never pay money to see. At some point, I had to start consuming the stuff directly (poor choice of words?).

Writing aside, Henderson’s artistic contribution to the book was incredible and sells the series. It is definitely gruesome, but it is effective at portraying body horror, at capturing such particularly brutal moments in a stylistic way. The illustrations are scarily detailed, the colors are eerily effective and able to switch between a subdued muted scale to a violently vivid visual. And that’s interesting to me and I was enthralled by it, but I also recognize that series is definitely going to appeal to a niche audience. 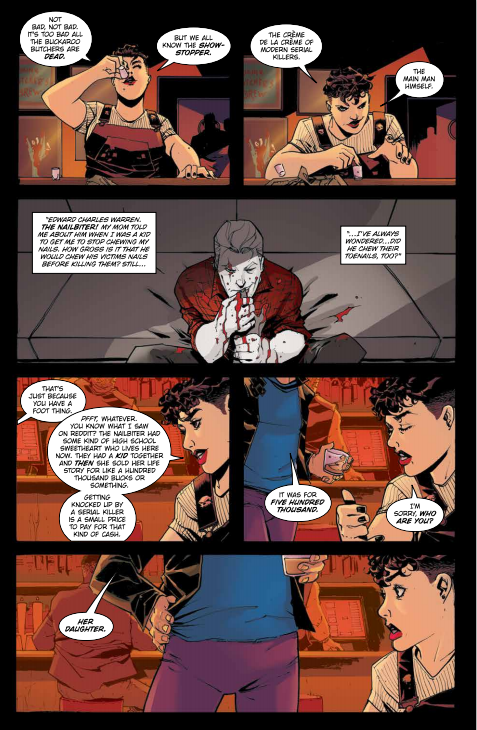 Nailbiter Returns #1 is a great advertisement for the original series that also manages to be an intriguing start to a new story. However, the particularly grim and gory nature of the series makes it hard to recommend as someone who does not have the contextualization of the original run. I will say that after starting the original, I am intrigued but I think the best barometer here would be to start with Nailbiter #1 (available right now on Image) rather than Nailbiter Returns #1. It could work as a jumping off point, but when the original is right there…