‘Capone’ is a Bad Movie No One Asked For

Lovebirds is Great Talent, Not a Great Movie

‘A Clear Shot’ is a Clear Miss
68 Shares

Break out the Timbs and North Face because it’s officially Scorpio season, Thanksgiving is around the corner, and BNP is back with the rundown of new shows and movies coming to Netflix in November! This month marks the official start of Netflix and chill season, so here’s what to look out for this month.

This new take on the popular series looks pretty interesting. This new Narcos is shifting the focus from Pablo Escobar to Miguel Félix Gallardo (and it appears, some El Chapo). Gallardo is the “Rockefeller” of marijuana and this new hotness shows how he finessed the game by switching gears to cocaine, subsequently helping to start the infamous Mexican drug war. And I haven’t even talked my ish about the God given gift that is Michael Pena!! They got the young beast on board, and I can’t wait to see how great his performance is.

Any show that allows Jason Momoa to basically be Khal Drogo is A-OK in my book.

If you don’t know who this guy is, you’re doing yourself a disservice. Omar already came through with the anime sparkles on fleeky when he dropped his appreciation post for his comedy special, Homecoming King from last year. Now, we get to see what this young stud can do with a fully funded Netflix show. We know he doesn’t hold back when it comes to getting political, so this should be a fun ride. Oh, and if you need any more convincing, check out this hilarious and supremely on point trailer of the government using the Patriot Act to keep tabs on the up and coming comedic star. Episodes begin streaming every Sunday, beginning October 28.

There are a few trailers out there, but I love the singular, “We’re just getting started” line in this particular trailer. It shows so much confidence in the show post-Spacey dive-bomb. One of our writers is currently reviewing the season and has thankfully reported that they redid the good parts of House of Cards but with Robin Wright.

Yooooo, this show looks downright hilarious and amazing, not to mention as fabulous as a RuPaul Birthday party in Miami. If the Powerpuff Girls had the mentality of a contestant on America’s Next Top Model and was mentored by Titus from Unbreakable Kimmy Schmidt, you’d have Super Drags! If you’re into lesbians, lip syncs, haters, romance, weapons, sexy robots and watersports, you’re not even ready for the drag realness that is about to hit you in November.

Looks like Netflix is trying to get in on the ever popular competitive cooking show game! Gordon Ramsey who??! The Final Table is an international competition to see which of the best chefs in the world can master the cuisines of 9 different countries. They’ll be judged by different chef legends and a few celebrities that seem like they’ll be jumping to assess how inspirational or bland these dishes turn out.

This docuseries follows British magician Drummond Money-Coutts (a.k.a. DMC) on his mission to uncover the stories of magicians who died performing the most dangerous stunts ever attempted.

“DMC is a gifted magician whose mind-bending illusions mesmerize and confound people of all ages, cultures, and backgrounds.” DMC and his show are out to shock the world in eight cities across four continents. Get ready for some of the most daring and astounding magic ever seen.

This one features real music by 9 performers who have a chance at stardom. Seeing so many people of color got me excited to watch a singing competition for the first time in a decade. We have gay men flourishing. We got loud, confident, stage actors. There are quiet singers packing powerful voices. This will definitely be a big hit in the theater community and provide a nice change of pace for The Voice and American Idol stans. 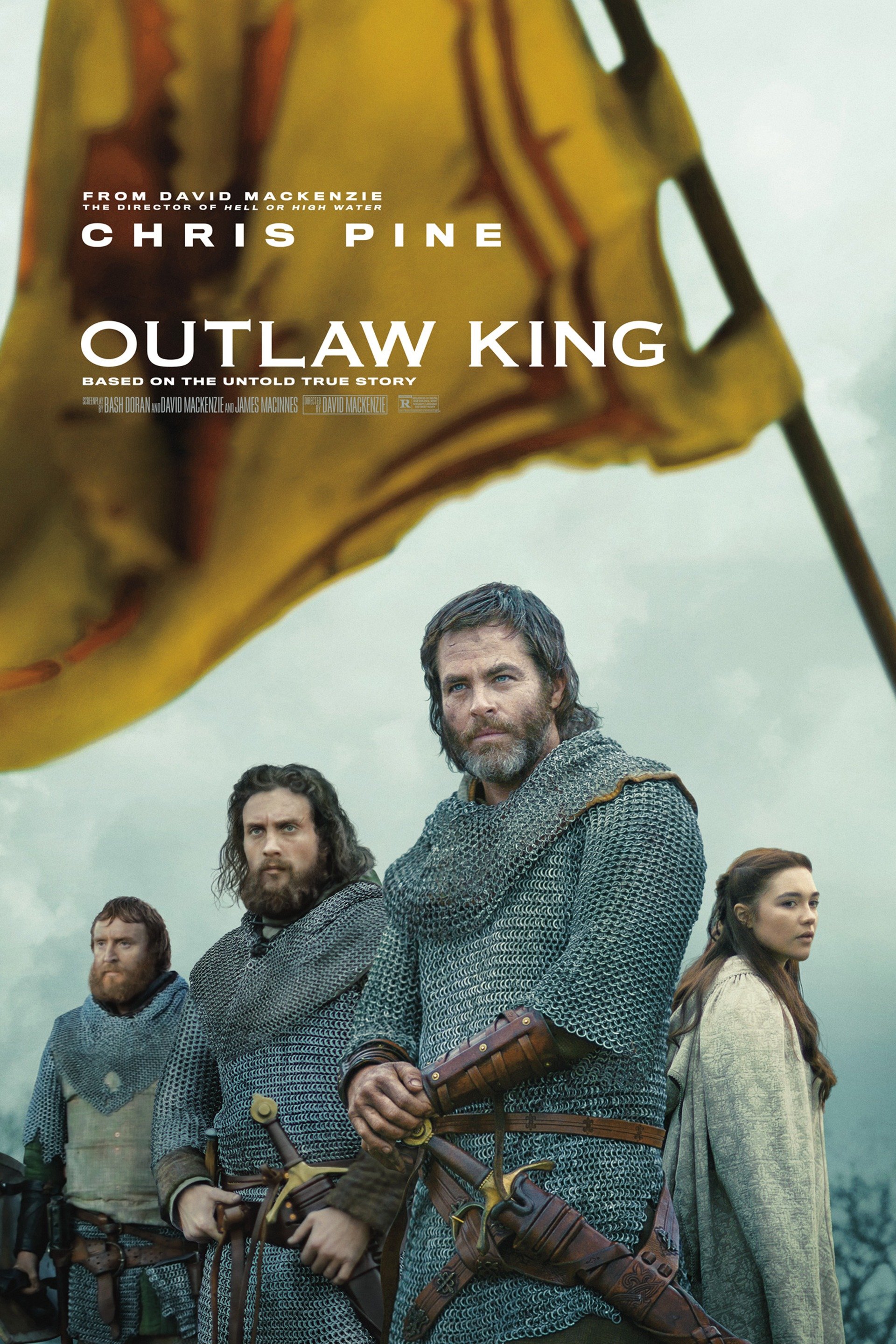 This one has been getting the full Netflix ad treatment, which usually means one of two things. It’s expensive, and they think it’s going to be a hit. Or it’s expensive, and they are trying to sucker as many people into watching the movie before word spreads. Chris Pine plays Robert the Bruce (who was part of William Wallace’s rebellion), but in Outlaw King he’s the King of Scotland who is forced into exile by the English. We’ll see him squad up and lead a band of outlaws to help him reclaim the throne.

Can’t lie, I rolled my eyes when I saw this one on the list. Then, I watched the trailer and thought to myself that this might be better than Tim Allen’s The Santa Clause, and alllllmost as good as Elf. Maybe. Either way, it’s just in time for the holiday season.

If you’re a fan of those feel good holiday movies where everything just seems to go right for the main character, The Holiday Calendar is definitely for you. A magic holiday calendar where all the wishes for each day come true?! With a black ass cast of young actors anchored by This Is Us and Mr. Robot alum, Ron Cephas Jones, I’m in.

The Other Side Of The Wind

I honestly have no idea how to frame what this epic movie entail besides saying after 45 years Hollywood has decided to finish the last great film of Orson Wells. In pseudo-documentary/actual movie format, this looks to be a filmmaker’s dream come true.

The World is Yours

You down for a rom-com about a duchess & a commoner who swap places after discovering they look exactly alike? What if I told you things get complicated when they each fall in love with a man who doesn’t know their true identity? Who’s world is this?

In the city of Motown, young Ben discovers he can bring street art to life. Smokey Robinson is the executive music producer of this animated series, and I’m intrigued how great this could be! Young music lovers have something to be excited about.

The first season featured Mark Hamill and a squad of frogs, so everyone should obviously binge that and get ready for S2.

She-Ra and the Princesses of Power

For the Honor of Grey Skull! Arguably the most anticipated title to drop this month is to about to make a splash. Princess Adora is the long-lost twin sister of He-Man (Prince Adam). Why should you care? Because she’s a beast and is increasing the visibility of strong, fearless girls everywhere. She can lift grown men, boulders, and buildings. She’s fast enough to block and dodge multiple energy blasts and can even communicate with animals. But don’t let the skills fool you, she’s as cunning as ever. Unlike her brother, she prefers to use her wits to outsmart her enemies and opponents, using violence and fighting as a last resort.

Follow This: Part 3
Medal of Honor
ReMastered: Tricky Dick & The Man in Black
They’ll Love Me When I’m Dead

Everything Else In November

That’s the rundown my ninjas. There’s a New to Netflix in November trailer if you’re more visual with your hype: