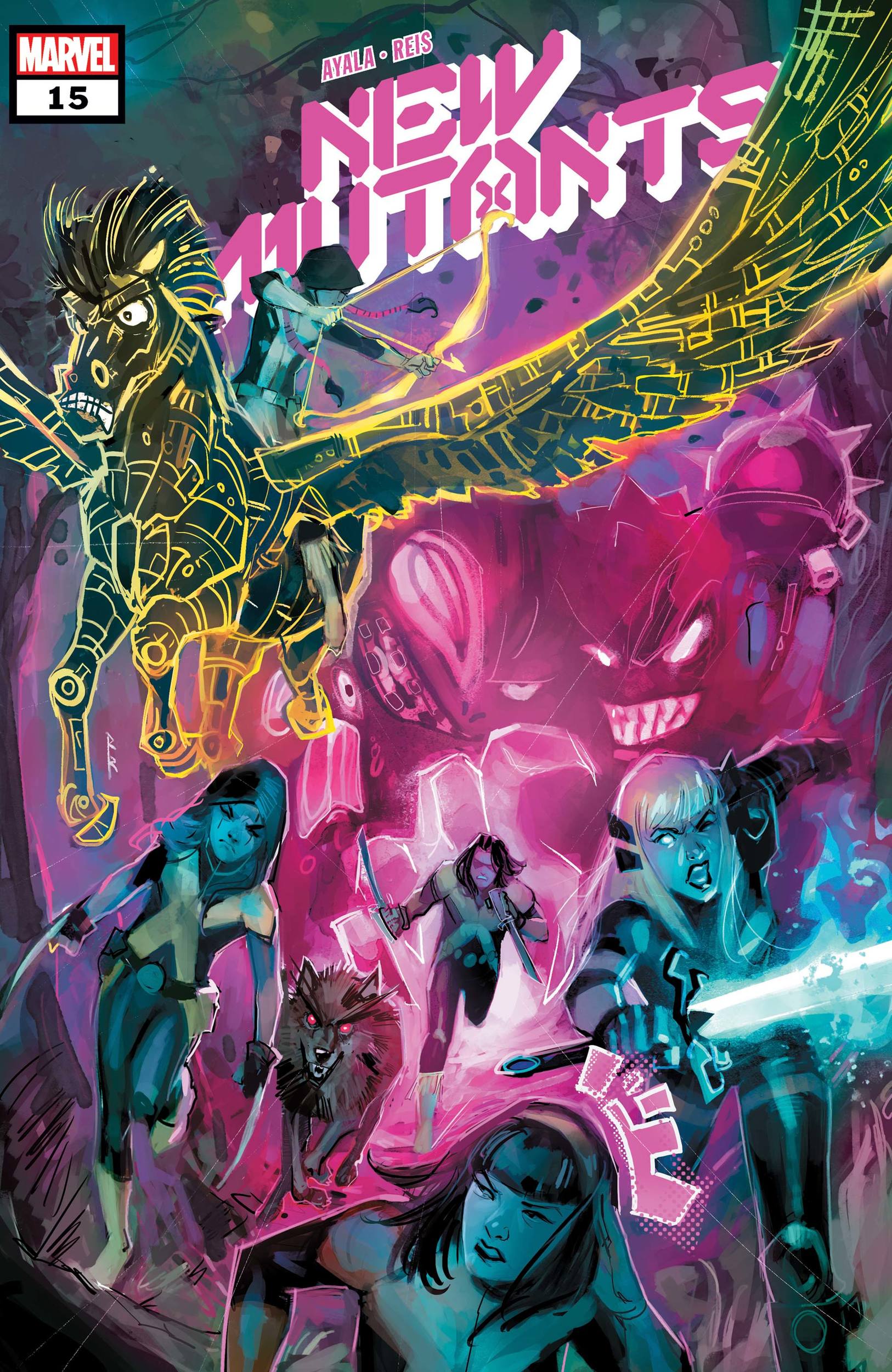 Issue #16 of New Mutants is filled with heartache, mistrust, deception and intrigue. We start off with Shadow King working with this rag tag group of C-List mutants; Rain Boy, Cosmar, No-Girl and Anole. It’s all written pretty plainly on the wall. Shadow King stay schemin’, and this time he’s got his shadowy claws pointed at one of the newest and unpredictable mutants; Cosmar.

I really enjoyed the angle they took with welcoming in Cosmar and building up the complications that she comes with. Being a mutant who has had their body deformed, eye enlarged, face disfigured, and body purplized because of their initial lack of control of their powers would make someone want to be their old self again. Being denied this venture would lead the most level-headed down a path of resent and malice, which is why Hurricane Cosmar is a brewing, and Shadow King is sitting pretty in the eye of the storm.

Scout has been a cool character for me to learn about and appreciate. She’s also been the mutant I’ve felt for the most lately, cuz clone girl been goin through it. Last issue she was going hard on the perceived stance on a certain kind of mutant being brought back and received some soft reassurance then kind of got dismissed.

Now she’s being told to learn to think beyond what the humans who indoctrinated her allowed her to know about herself. There are two big takeaways for me here. The use of the word indoctrinate is so perfect and does a really good job of explaining why a teacher like Warpath would want her to learn about herself before trying to support as an instructor. The other thing is these doubtful recurring Scout responses of “For now” and “I guess.”

Alsoooo, if she keeps getting deaded by Daken for makeout sessions, something will be going down real soon.

Last but not least, Wolfsbane is going through it. She’s finally at the point in her life where the child she lost is weighing on her more heavily than she can bare. Eventually, her and Moonstar hit the Lagoon for Doug’s wedding reception, which led to one of the more incredible conversations that have gone down in all of the X-Books lately. I hope all the children reading this book take something away from this scene. Dani explains to Rahne that it’s ok to be conflicted at a function or gathering of friends when something like that is on your mind. You’re allowed to feel sad and to hurt, and it doesn’t take away from the love you have for someone else.

Beautifully written issue by Vita Ayala. Rod Reis does his dope watercolor like artistic thing, as expected. I’m a particularly big fan of the nearly devoid of color white that Reis bestows on Shadow King and can’t wait to see more of this potential threat. This was another good go with the New Mutants, and I’m intrigued where all of these threads are leading.