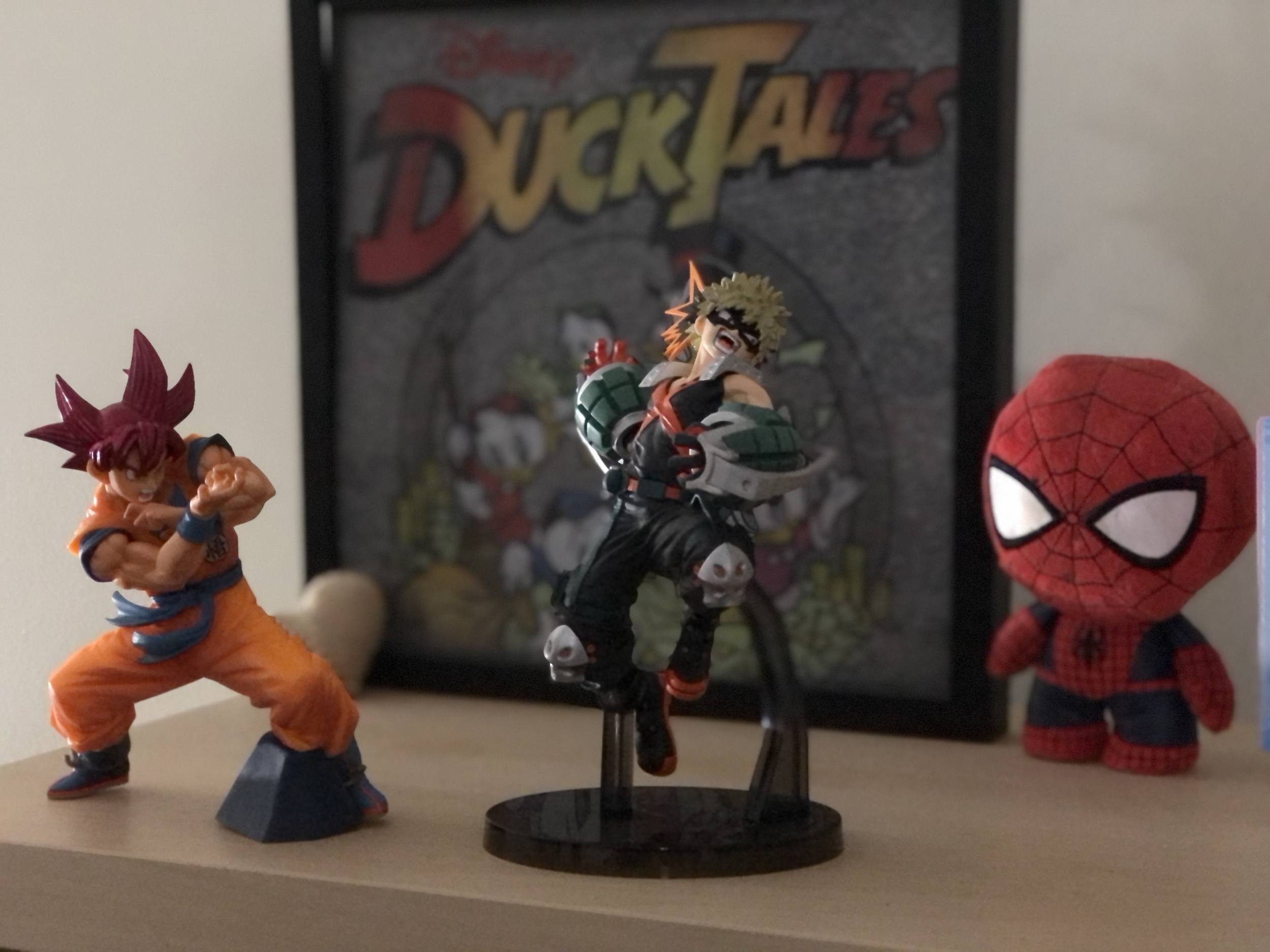 It’s been a tough year, and as we approach the anniversary of this pandemic (yup, it’s been almost a year of this) I’ve had some time to think about some of the things that have brought me joy. Obviously, my wife and my family have given me comfort but plenty of personal pleasures have made living in this new world a little bit better. Normally, video games and comic books serve as the ultimate form of escapism for me but lately, I’ve unexpectedly found comfort in my collection of statues, figures, and other nerd related memorabilia to bring me joy.

I only started collecting statues and figurines about five years ago. When I think about how I got here, I honestly couldn’t tell you how it started. I had to really dig deep to think about all the other things I’ve collected in my life. If I look back to before my ridiculous amount of Funko Pops!, the only things that held up space in my life were comic books and various trade paperbacks, which brought me back to my high school years.

I’m not as big on my high school years as a bunch of others are, but this is a memory I hold dear. I had found a shop right on the way from school to the train station. One day I decided to check it out and before I knew it, I was there every day, after school looking for the newest issues of Ultimate comics or any of my other favorite Marvel books. I think the best part about buying comics was looking for the best variant covers and collecting books not just to read but for the art. Years later this would break my wallet as Marvel started dropping Hip-Hop covers.

Looking back even further to my childhood, I realized that I have always been collecting. Like most kids, toys were a thing to have. However, what really held a special place in my heart were my Pokemon cards. Pokemon dominated the 90s’ and beyond the games, the cards were everything. Buying them, trying to collect them all. I remember loving those cards so much. I never really got into playing the card game too much. No, I found that I had much more fun finding all of the rare and special versions of the cards.

I even had a binder with page after page filled with my favorite cards. I was proud of that binder, all the different versions of the same Pokemon cards or even the shiny holographic cards that were hard to get. The fun I had buying card packs, not knowing if I would be stuck with the same cards I had before or something rare. It’s a shame that my binder would get stolen later on, which left me devastated as a kid. I stopped collecting novelty items after and even collecting comic books didn’t feel the same.

Statues, Funkos, and Pops! Oh My!

I honestly don’t know what led to my ridiculous collection. What was once a collection of pins and giant dice turned into an assortment of more than 100 Funko Pops! and a few figurines. One thing led to another and soon enough I found myself shopping for just the right bookshelf to display the crazy amount of bobbleheads and statues I had gathered. Family members started even buying me Pops! as Christmas presents.

When we first got the bookshelf, my wife made fun of me. I had a habit of organizing the Pops! just the way I wanted them. The Spider-Man collection was the most important, so all of those needed to go together. Then next came the section of the bookshelf dedicated to my wife’s Pops!, which she called “her girls.” I insisted that those needed to be organized by DC and Marvel girls. The bottom shelves were dedicated to the random movie, television, and animation Pops! we’ve collected. Finally, the top shelf holds the statues I bought for my wife because those are some of her favorite kinds of presents.

This past Christmas I took a good long look at my bookshelf. A bookshelf that was barely able to fit all these figures on because I refuse to take most of them out of the box. I smiled. I thought about how over the past five years, how much fun I had collecting these things. Going to Comic-Con with my wife and collecting all the comics, swag, and toys we could. Dipping and diving into a Walgreens just to find super rare Spider-Man Pops! Talking with my uncle and comparing his collection to mine (he always had the better ones, ones that are worth like $300 +). I even got my wife into it, and we built the collection I have together.

Don’t Take Away Your Own Joy

I know my trophy hall has brought me many things. A community. Trust me, you’re not the only one out there. Sharing my collection with groups, friends, and family, especially those who share your love of the inanimate but well designed, is such a fulfilling experience. A bonding experience with my wife. We both love collecting figures together, it has brought us closer, and over the past couple of years, we’ve taken trips to Hot Topic just to find our favorite Pops!

We even had a laugh as we exchanged Pops! for Christmas. I bought her Inuyasha verses Sesshomaru and she got me the Spider-Men pointing at each other meme figures. We know each other so well. And as I think about adding more than just Pops! to our bookshelf, I think what I gained the most from collecting is joy.

There is a joy in the little hobbies that might feel insignificant to some but are important to you. I mean, yes, when you simplify it, I’m just buying figures and statues because they look cool and they are dope to show off, but there is nothing wrong with that. We all need personal pleasures. They are a form of self-care. If buying that statue of Punisher and Daredevil throwing hands will put a smile on your face, then do it.

Many of us look at life and just let responsibility take a hold of us. It can be mentally draining. I know I do. I skip out on so much because I feel like my money needs to be spent elsewhere or that if it serves no purpose, I shouldn’t get it. That kind of thinking stresses you out. As adults, no one is going to know what you want better than you do. In the words of Donna Meagle and Tom Haverford – Treat Yourself!