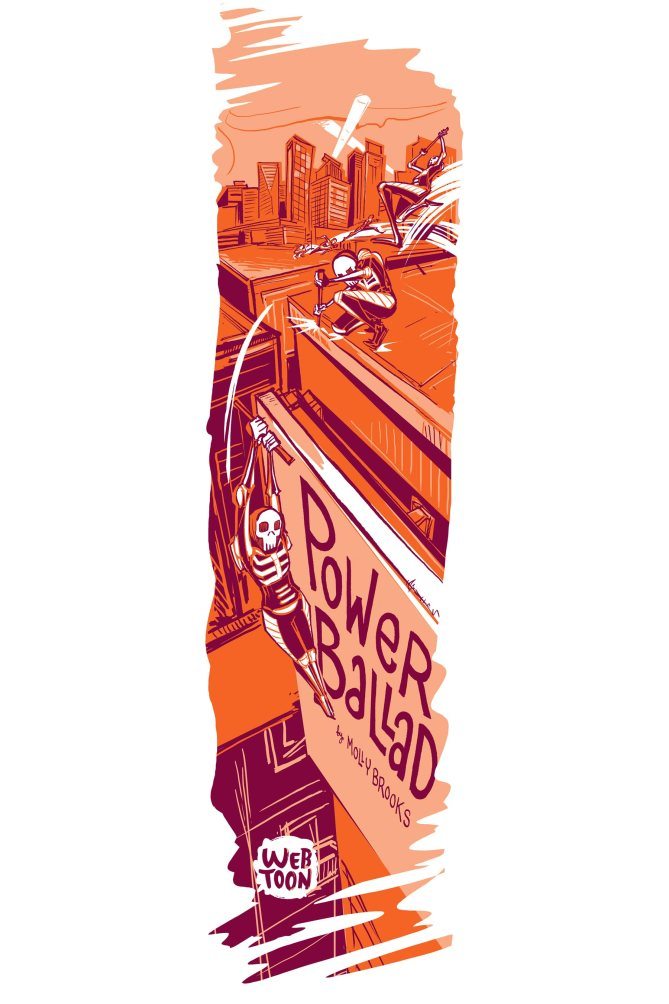 I read the words “lesbian superhero romcom” and I was in. Like, In It To Win It.(Lesbians in allll theeee comics, please and thank you! Also, can we kill the trope where they always die *stares at white male writers*) I saw the name of the artist Molly Brooks and a blue colored lightbulb went off in my head. I know Molly, I’ve bought a few of her comics before and I’m familiar with her takes on female leads and tightly structured drawn narratives that really work.

This new endeavor by Brooks titled Power Ballad follows two women: Meera Verma who is an personal assistant to the Popstar Carina aka Carrie Peterson, the second main character of this story. Meera has her hands full as a personal assistant: scheduling and rearranging appointments, picking up dry cleaning…and also repairing body armor as well as making sure the vigilante alter-ego of her boss ends up in one piece. Carina, with Meera at her side is content to fight crime masked in a skeleton ensemble, make music and do her best to enjoy the ride. 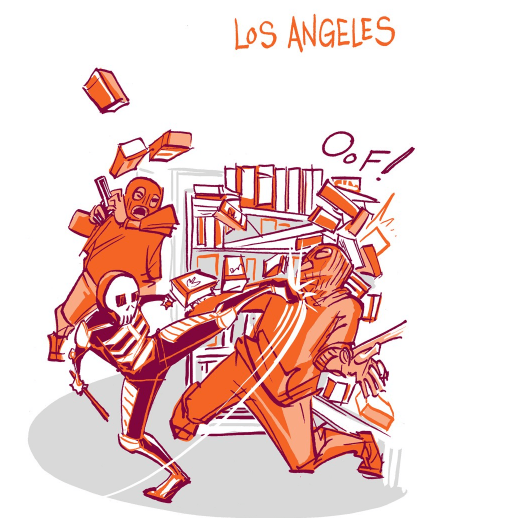 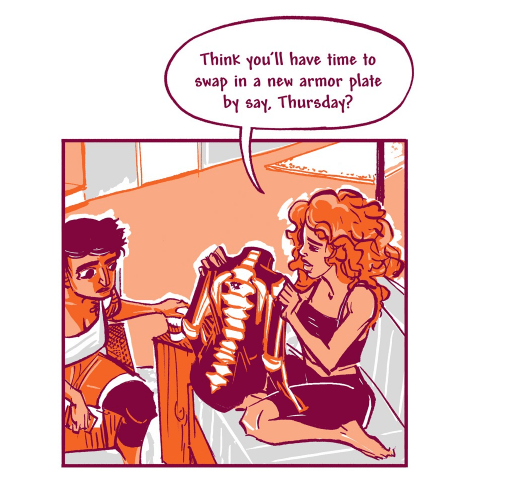 I love the incorporation of technology here by way of apps via Twitter in this comic as well. We get a eyeful of just another example of how people’s lives are, essentially at the palm of our hands. Seeing the tweets through each chapter feels genuinely on the mark with today’s fast paced freeway of information and oversharing. Maybe I’m reaching here but it’s a good look under the telescope of some social commentary of how we consume women: public figures, celebrities–how we put them on pedestals, how we mock them, how we intrude in their safe places and push boundaries.

I’m also loving how both Meera and Carrie aren’t one dimensional, as we’re slowly learning more and more about each woman: how she deals with frustration, how her work ethic drives her. We sees glimpses of vulnerabilities too. Oh, and that “strong female character” trope be damned! Women having panic attacks, Women having revelations that they’re falling in love with someone they would have least expected? Female friendship? Female bonding? Womenfolk running into exes and dancing that awkward dance that’s relate-able ?

With only four episodes aka chapters under its belt, Power Ballad has already ranked up an impressive 8 star rating and will be serialized on WEBLINE TOON spread out over the next six months. (Did I mention it’s free and will continue to be so?) As someone who has bought Brooks’ other comics which are mostly shorts, I can confidently say that she does well with this format. 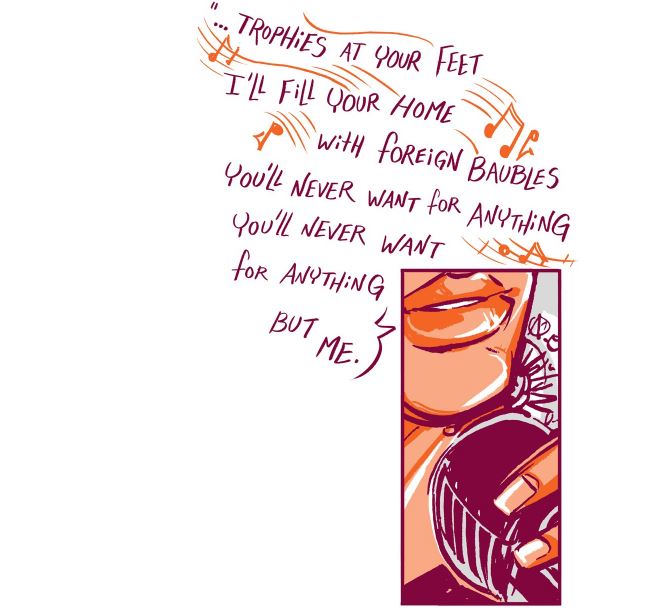 With the other comics that I own of hers, I noticed and appreciated that she tightly unravels a story that may not be long but paces itself well to when it ends it’s satisfying and doesn’t feel rushed. Her work has introduced characters that had enough depth to them to where they served their purpose in trying to solve whatever conflict they were up against. Have you read her MFA thesis comic, “Post”? Her characters usually have held enough personality and weight to them to where I wanted to see them them again–Sanity and Tallulah are faves. (Pshht! The World could always use another Plucky Teen Girl Adventure–I’m just saying!)

From a Women’s History Month interview, Brooks was quoted in saying: “As an artist, I try to make comics that feel emotionally real for my readers—especially for female readers and queer readers who see themselves in media less often.” 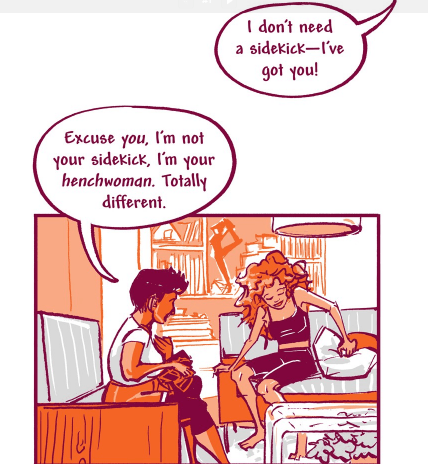 I want to see more comics by women and queer folks about womenfolk and queer folk that aren’t created/written/drawn by white, cis-gender, straight white dudes. Power Ballad is a queer romance that updates every Thursday- Find it here on LINE Web Toon! 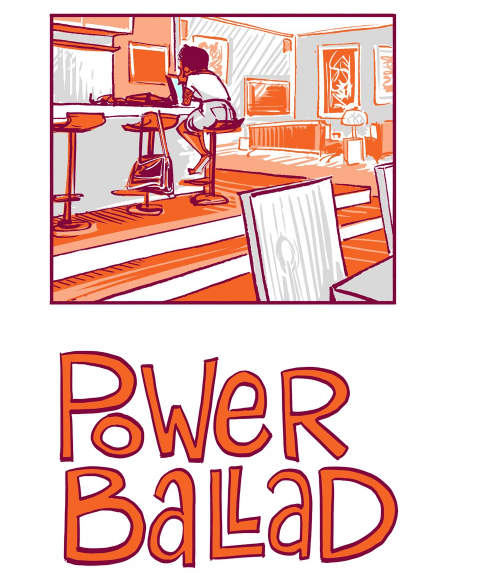