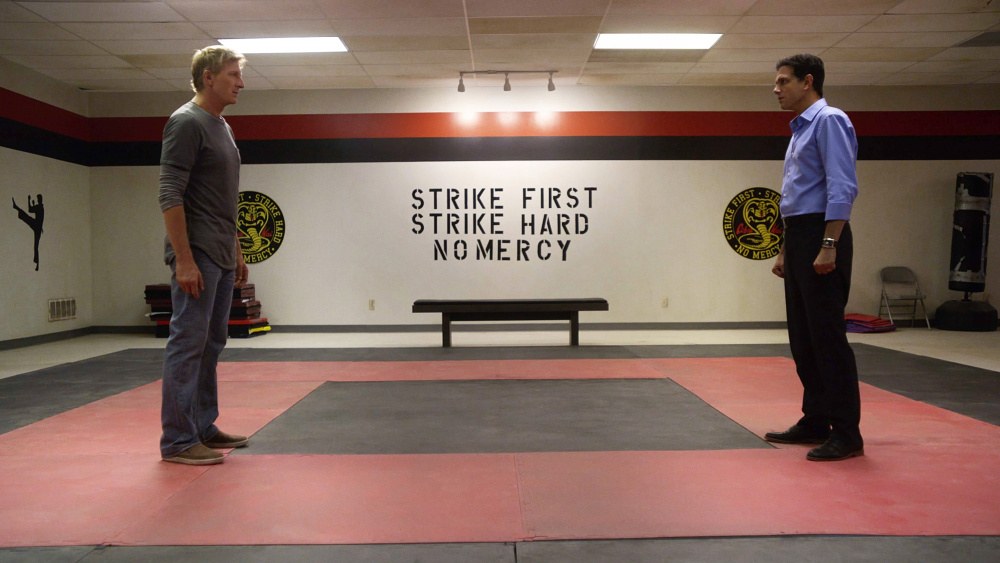 There are reboots of your favorite shows and movies everywhere now. When it comes to  revitalizing nostalgia that shaped your childhood, it’s always going to be hit or miss. Cobra Kai came out the gate with a very grounded and unique take that isn’t a reboot of the Karate Kid franchise but a continuation of the story. There’s something to be said for when your nostalgia gets brought back to the forefront in the present day and is handled correctly.

We got to be at the round table interview with some of the cast and executive producers of Cobra Kai for Comic-Con this year (2018), and it felt like reconnecting with old friends. When asked about returning to the character of Johnny Lawrence (the blueprint for the 80’s movie bullies), William Zabka described it as, “an ex coming back to say I love you, and let’s try again but you don’t know if they are full of shit.” However, once he, “knew the people behind it were on board, it felt real.” Cobra Kai is a story that’s heavily grounded in reality as well, having been set years later in the future to see where everyone is at in their lives.

We now get to see the flip. Zabka talked about how he hadn’t envisioned the future for Johnny quite like as we see in Cobra Kai. “I didn’t imagine him being alone and being a handyman when revisiting him.” Yet at the heart of the matter, Zabka was able to recognize that Johnny Lawrence, “is still an x-degenerate fighting through it.” In Cobra Kai, there are multiple perspectives that give depth to the world building and characters. Now that Johnny Lawrence is more the protagonist than an antagonist, we see him in a light of a guy taking his rather harsh methods of martial arts and trying to do right with them. “Everything he’s teaching isn’t right, but his heart is in the right place.” And having been labeled a villain for so long, William Zabka retaking this role now sees Johnny getting a redemption of sorts. Although he never saw Johnny as the bad guy [since “sweep the leg” is when he saw the light and realized he was misled], Zabka told us that after being looked at as the bully for so long, “it’s nice to be the hero for the day.”

Of course, the OG underdog Daniel LaRusso played by Ralph Macchio was there. Macchio gave us some insight into what was coming for Cobra Kai season two. The main part being Miyagi’s home as a major set piece used for season two. Macchio also talked about Daniel “finding a balance between the good and the bad,” as he trains Robbie. (“It’s ironic that he’s now teaching the kid of his most hated enemy.”) The executive producers (Josh Heald, Jon Hurwitz, and Hayden Schlossberg) summed up why Karate Kid nostalgia factor has survived all this time as because, “when we were kids we fell in love with Daniel and that underdog story. It was Rocky for kids.” The TV set up works for this series, because, “what you are able to do with a TV show is take a character and give them a back story. You’re going to learn things that happened in the past.” In one season, we’ve learned way more about the similarities between Daniel and Johnny then the movie showed us years ago. 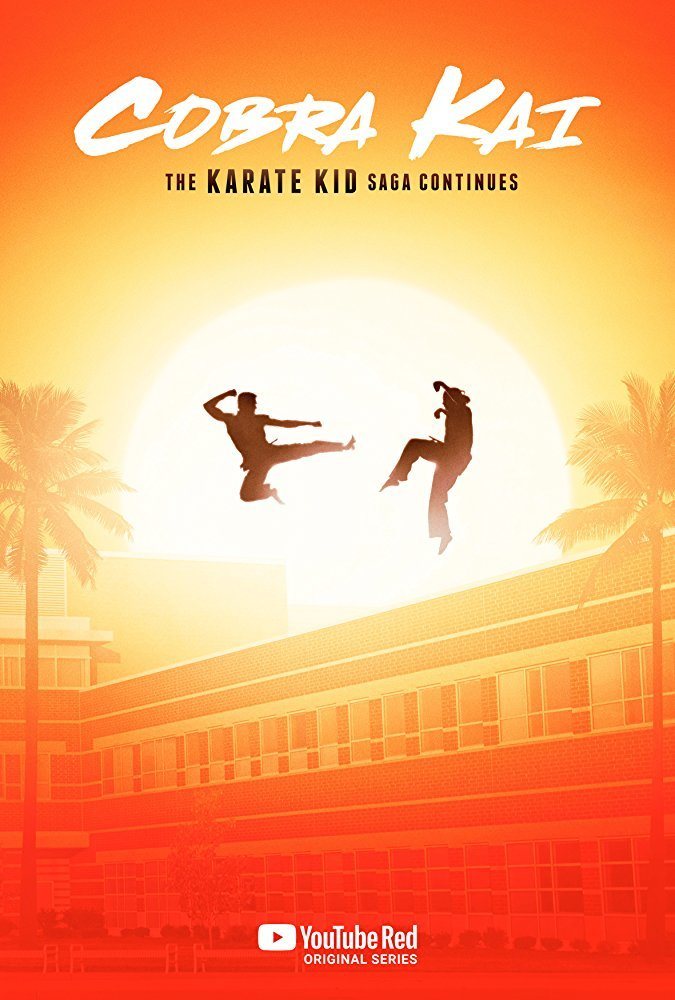 You can see that there is a lot of care handling this project. Season one of Cobra Kai has set the series up to go in directions we wouldn’t have expected. The grounded reality of the series along with our connection to the characters, and the changes they’ve been through right before us makes this series stand in a new light. There’s way more story to tell especially moving into season two as we known Johnny’s former master, John Kreese, is back with his own agenda.