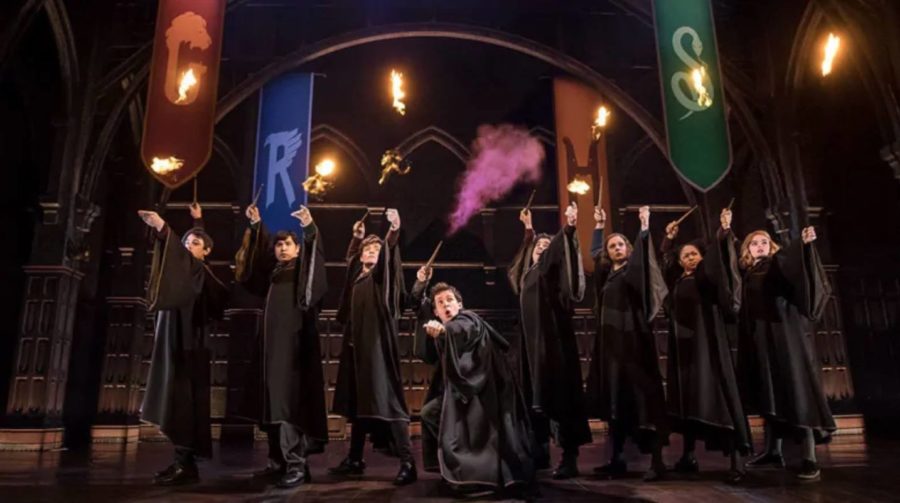 It’s the most wonderful time of the year – yup New York Comic Con. A yearly pilgrimage for people around the east coast and further to completely envelop themselves in the industry that is nerd. All the actors, all the panels, all the merchandise. But the best part is having the worlds of our favorite stories and greatest imaginations come to life – the cosplay, the artwork, the characters… the magic! If you are like me, you fangirl about something and you fangirl forever. Recently, I have fallen in love again with Harry Potter. 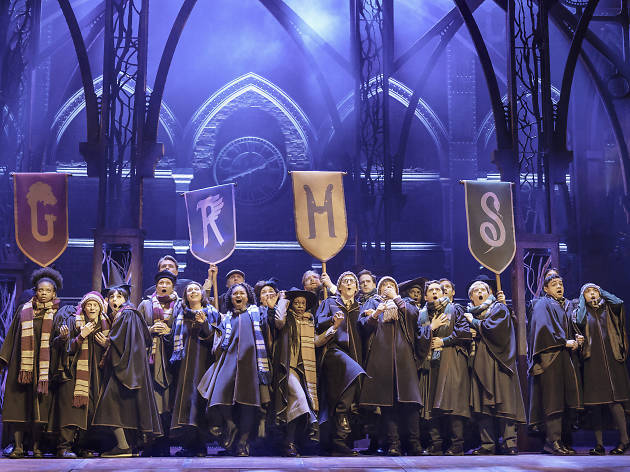 PLEASE SIR CAN WE HAVE SOME MORE?
I was not big on Harry Potter when the books had their first popularity. I was a Lord of the Rings fan and nothing could tear me away from that lore. Three books and three movies later, I needed a new fantasy world to fill that void. I found the Harry Potter movies and never turned back. For those like me who only watched the movies, you felt a connection in a different way. Once the Fantastic Beasts: The Crimes of Grindelwald confused the ish outta me I figured – time to read the Harry Potter series. It’s tough to read something I had already seen a million times, so I went straight for the audiobooks. Let me tell you, Jim Dale is an international treasure. BUT what does this have to do with Comic-Con? Everything of course! I ran straight to this year’s schedule to see what Harry Potter action is happening, how can I get my fix after finishing the 7 books series on Audible? 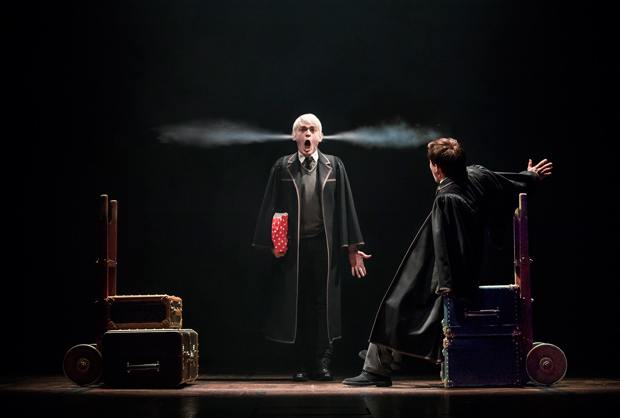 JUST A SPOONFUL OF SUGAR HELPS THE MEDICINE GO DOWN

Basically, Cursed Child begins at the Harry Potter series’s epilogue where we learn spoilers for anyone who has not read or seen the Harry Potter series where we learn that Ginny and Harry end up together and have three children, James Potter, Lily Potter and Albus – yes Albus Severus Potter – so that is not the fan fiction details, that was written by the original J.K. Rowling. The story follows Albus Potter who has fallen a bit further from the tree than his siblings. With light spoilers, Albus and his father do not have the best relationship and Albus spends a lot of time trying to distance himself from his father’s mistakes or even trying to fix them with time travel. Now that sounds kinda cool, but imagine going back in time and instead of killing Hitler like classic stories fantasize or stopping slavery or something… you decide to help John Smith.

So why go see it if the story doesn’t really hold a candle to the original series? Because it’s fan fiction! It does the things you thought of in the back of your mind that you then decide – that’s not a good idea. It’s a what if. You go for the magic, to live in wonder and for black Hermione and her black daughter!! Yes, they do the damn thing in casting. 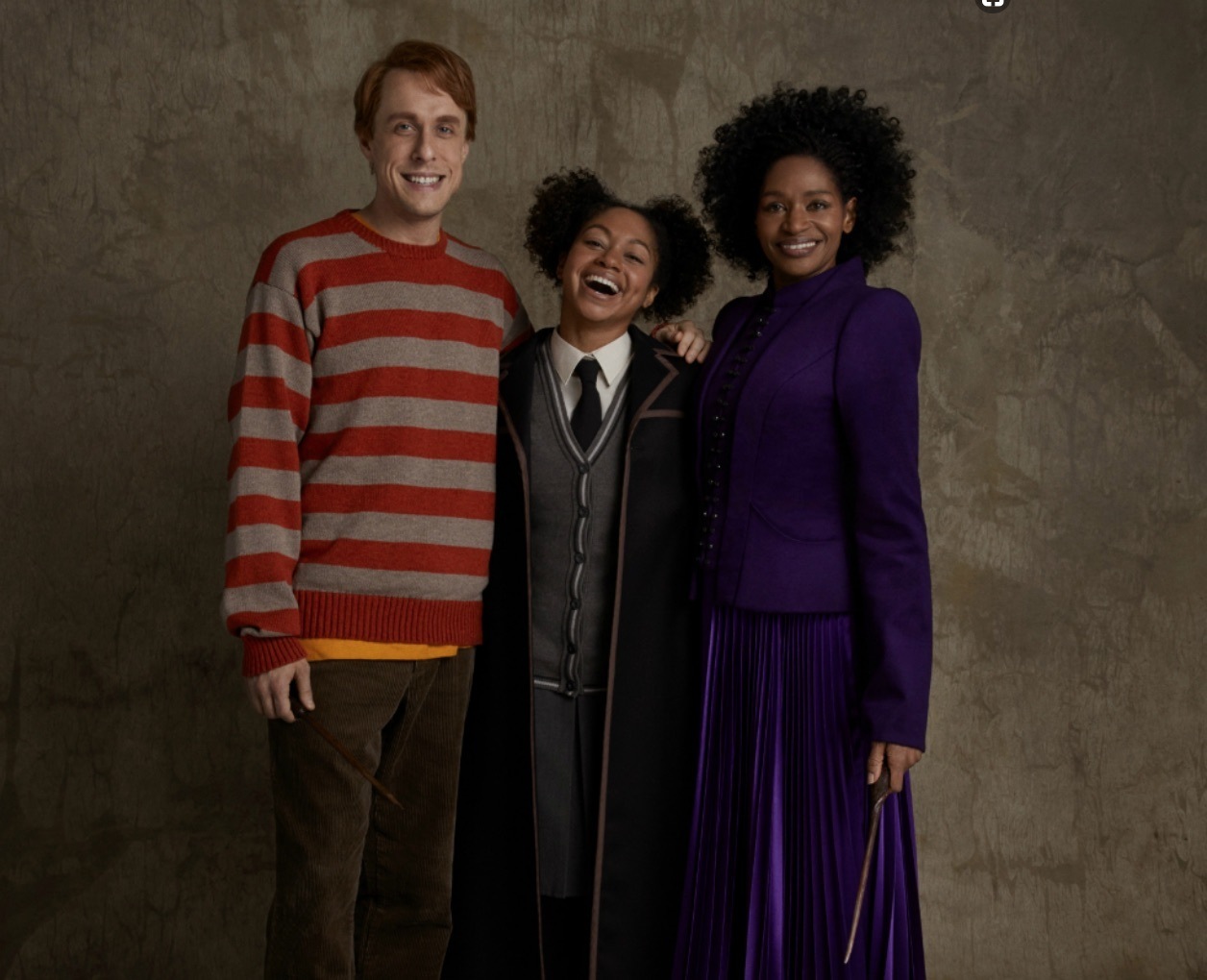 In the movies, you are not as impressed because you know movie magic and editing is taking care of all the impossible. On stage?? How? You sit there trying to figure out how Albus appeared on the bed, how did the broom float up into their hands during class. And all the cloaks – oh all the cloaks! Actors would come on the stage flourish a cloak and a table would appear, or books disappear – the cloak choreography was on point. Think about it as hair choreography on RuPaul’s Drag Race – or at a hair show but also MAGIC! 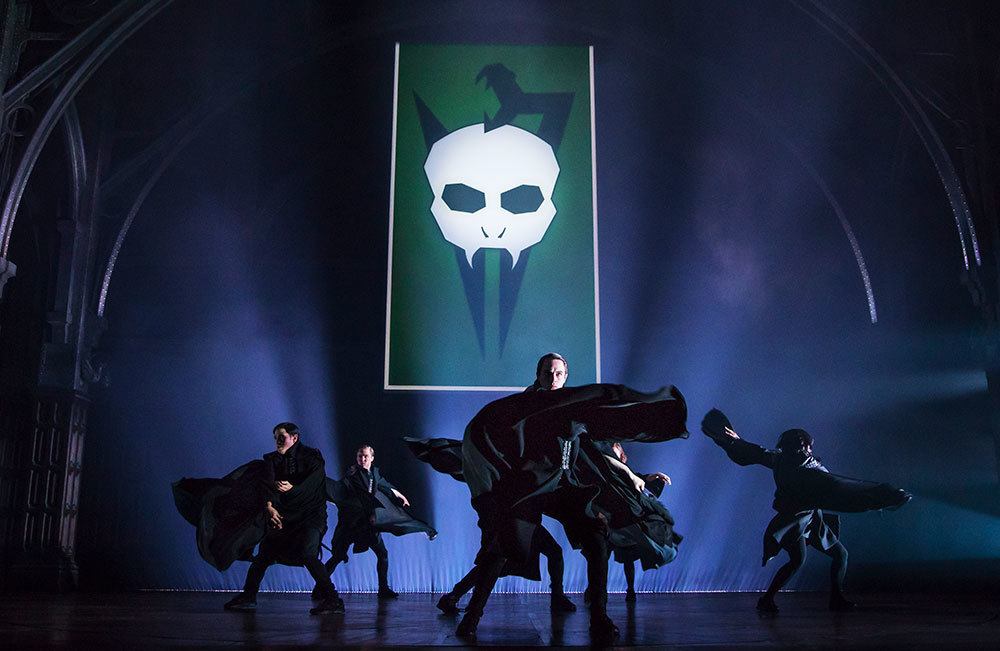 Stage tricks, trap doors, flash paper, lighting and the defiances of gravity have you miffed. All you want to do is figure it out! Or maybe that is just me – OR maybe not! Because at New York Comic Con this year you can peel back the curtain and see all the magic in real-time. Cursed Child had some of the best reveal moments, ones that pulled all the happiness out of the air and revealed secret messages, playful and mesmerizing and the ones in the story that left you saying why? What? But you didn’t care because two wizards were dueling and you didn’t understand how they were floating and fighting without wires – no joke, if there were wires they were also made of invisibility cloak material. The best part is, the panel is happening in the Hammerstein Ballroom so there is plenty of space to duel and fly. As curious as I am, part of me also thinks – maybe it should just stay a mystery?? I want magic to be real and it is! How will I feel once I know the trick, once I have seen the wheels turning and the mechanics of it all? I might attend and if I feel too much is being revealed – I’ll cloak flourish outta there! Check out “Behind the Magic of Harry Potter and the Cursed Child” on Thursday, October 4th at 1 pm at the Hammerstein Ballroom.