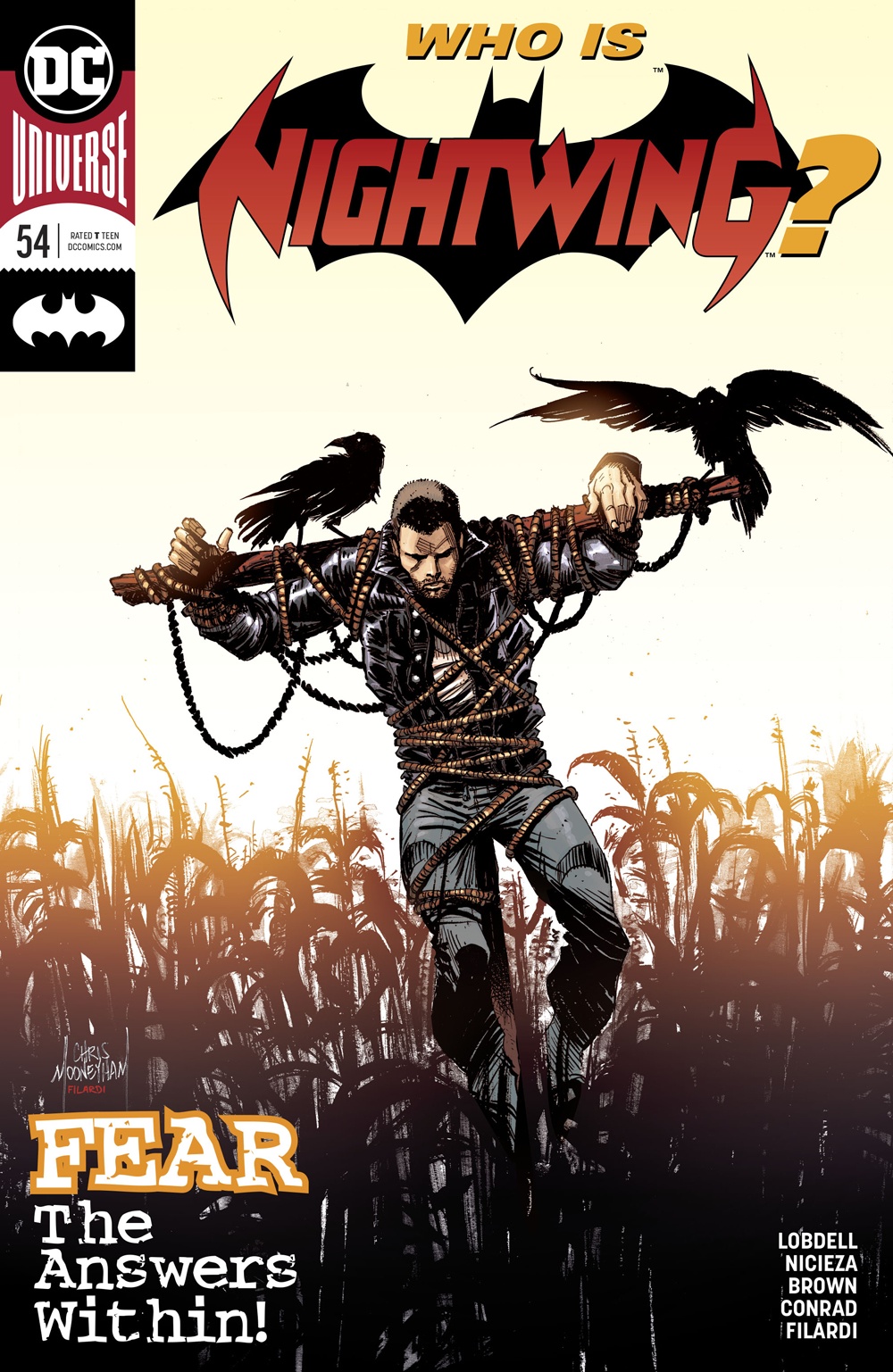 In Part Five of the Knight Terrors arc, we finally see a surge of forward momentum. The three distinct storylines of Ric Grayson, the new Nightwings, and Scarecrow that have been slowly orbiting around each other have finally started to converge in meaningful ways. The brooding self-examination of Ric Grayson has finally come to a close and in its place, we have more brooding from other characters and since we haven’t been bombarded with it for several issues, it feels much more meaningful.

Nightwing #54 opens up with the Nightwings reflecting on vigilantism before pivoting to Ric Grayson discussing his physical therapy in talk therapy and while this has been constantly alluded to in the past, seeing Ric talk about it in a reflective, pensive manner feels like progress. It feels like a healthy representation of what talk therapy is supposed to function as, until, of course, the therapist turns out to have a menacing glint in his glasses and is very clearly a supervillain. Regardless, Ric actually smiles for once so there’s something, accented wonderfully by Brown and Conrad’s artwork. The overt film noir vibes are definitely in there, but there is a touch of optimism in the panels. 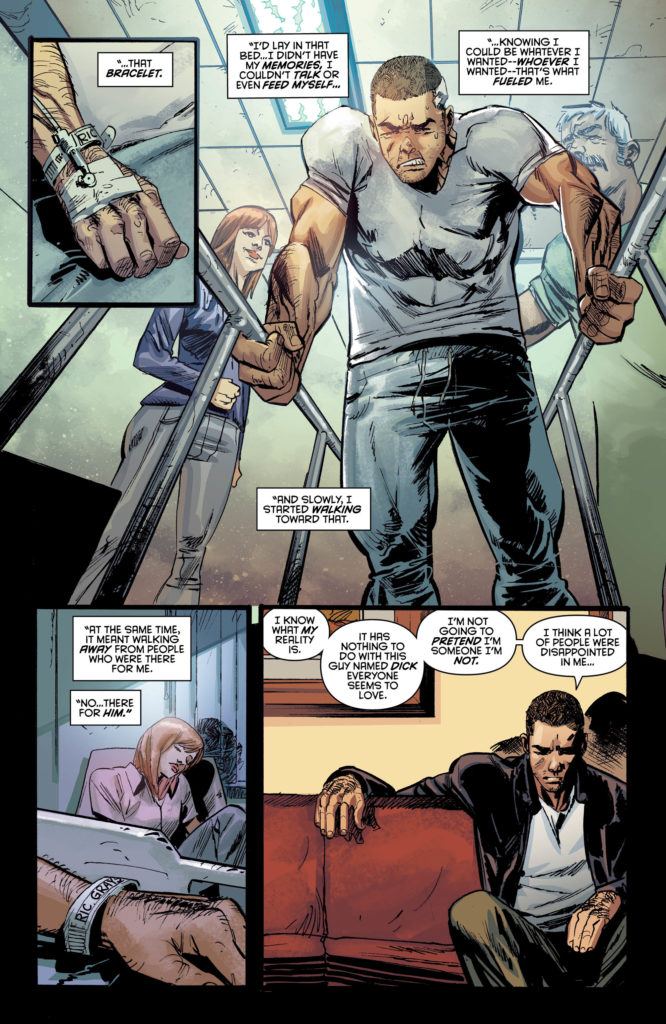 Nicieza’s script has finally tuned the dialog and narration to a point where it feels like Ric has developed a personality desperate from being “Not Dick Grayson,” and while I miss Nightwing, I can envision a future in the DC cannon where Ric Grayson exists as a prodigal son and it’s working. Ric figuring out how to contribute to Blüdhaven without a mask is an interesting prospect, and it’s growing on it.

With the Nightwings and Scarecrow subplots… I think I’m more interested in seeing how the Scarecrow angle works out. Something about rogue cops dressing up feels weird and maybe a bit tone-deaf given the current cultural climate and seeing a Bat-family member with a gun (that isn’t Jason Todd) feels wrong.

The issue definitely reinvigorated my interest in the series, and I’m actually excited to see how what happens now that the three plots are converging on a crash course. Still a little rough around the edges, but it’s the most fun I’ve had with Nightwing in a minute.