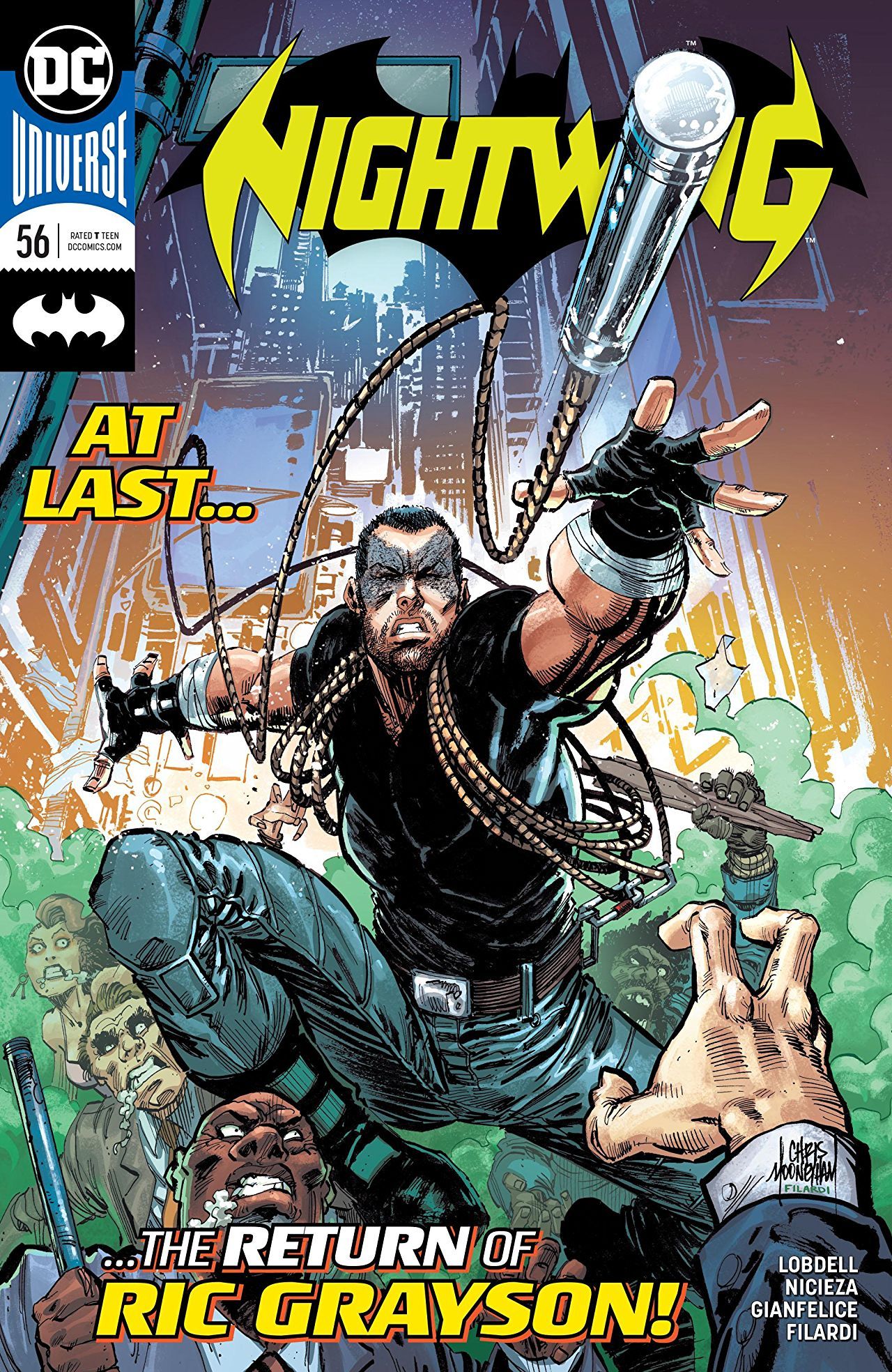 At Last… The Return of Ric Grayson

The conclusion to the Knight Terrors story arc brings the opening chapter of Ric Grayson’s life to a close, but it does not close the book completely. For better or for worse, and I will state up front now that it’s kinda trending towards the worse, Ric Grayson and the new Nightwings are here to stay which isn’t necessarily a bad thing. Lobdell and Nicieza, while they have reiterated the same three plot points to near death, have managed to craft an interesting final confrontation with Scarecrow. At the buried core of the book, there is a fascinating kernel of Scarecrow being emboldened by a still fearless Grayson. Less fascinating is rogue cops being vigilantes. And even less fascinating is Ric Grayson’s dissociation with his old life.

Here is the central problem: this has become a Nightwing title in name alone. We’ve pivoted just a little bit too hard from the Dark Web, which was centered on the fact that Dick Grayson was at the center of the DC Universe. The first son of Gotham was a Bat-family member, a Teen Titans member, someone who the Justice League trusted to get the street level work done. He was beloved and charismatic and good with people, and he was a bright beacon of hope. Far be it for me to stop editorial from trying to see their vision through. But Ric Grayson has made it clear time and time again in his own dialog that he’s not Nightwing, and I still open the book hoping that Nightwing is coming back and instead… I got four cops in cosplay. 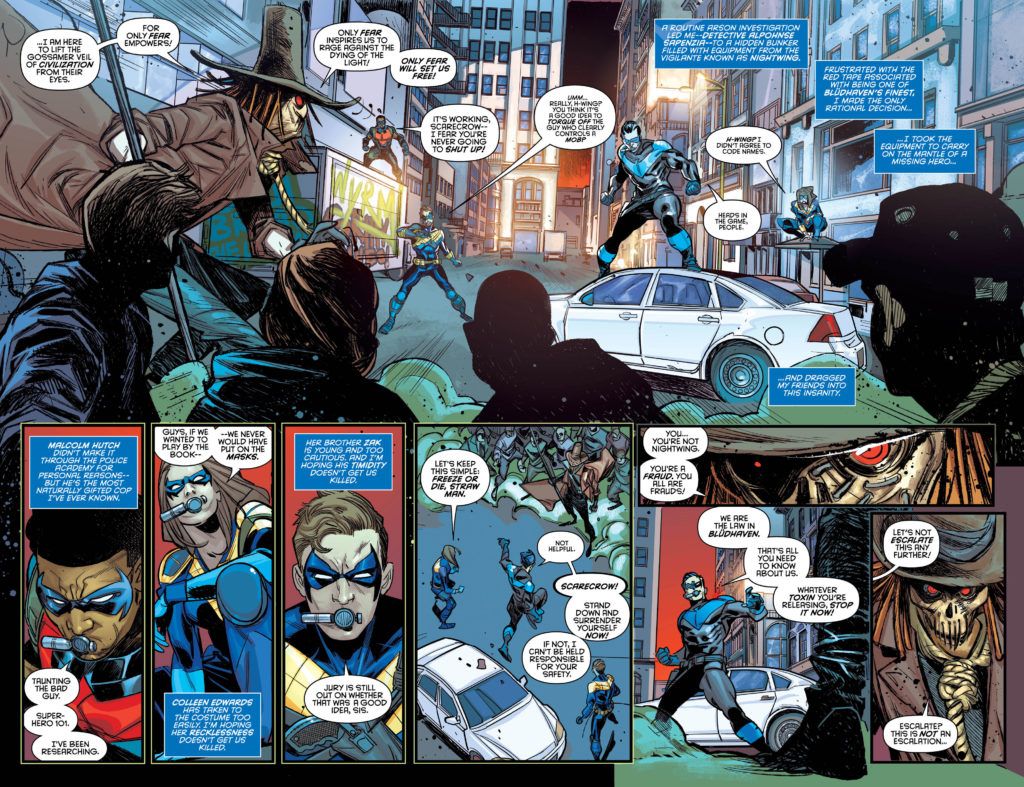 And otherwise, Nightwing #56 is fine and only fine. It’s an issue that exists and is a satisfactory end to the arc. Gianfelice’s artwork is fun if not rooted deeply in 90’s stylistic elements. The action looks neat, if not silly at times. It sets the stage for the next act as well as could be expected.

But, it’s not Nightwing. It’s got the logo on the front cover, but it doesn’t have the heart of a beloved character. I miss Dick Grayson. Ric Grayson is serviceable, but this is one departure from the core of the character I’m struggling to get excited over.