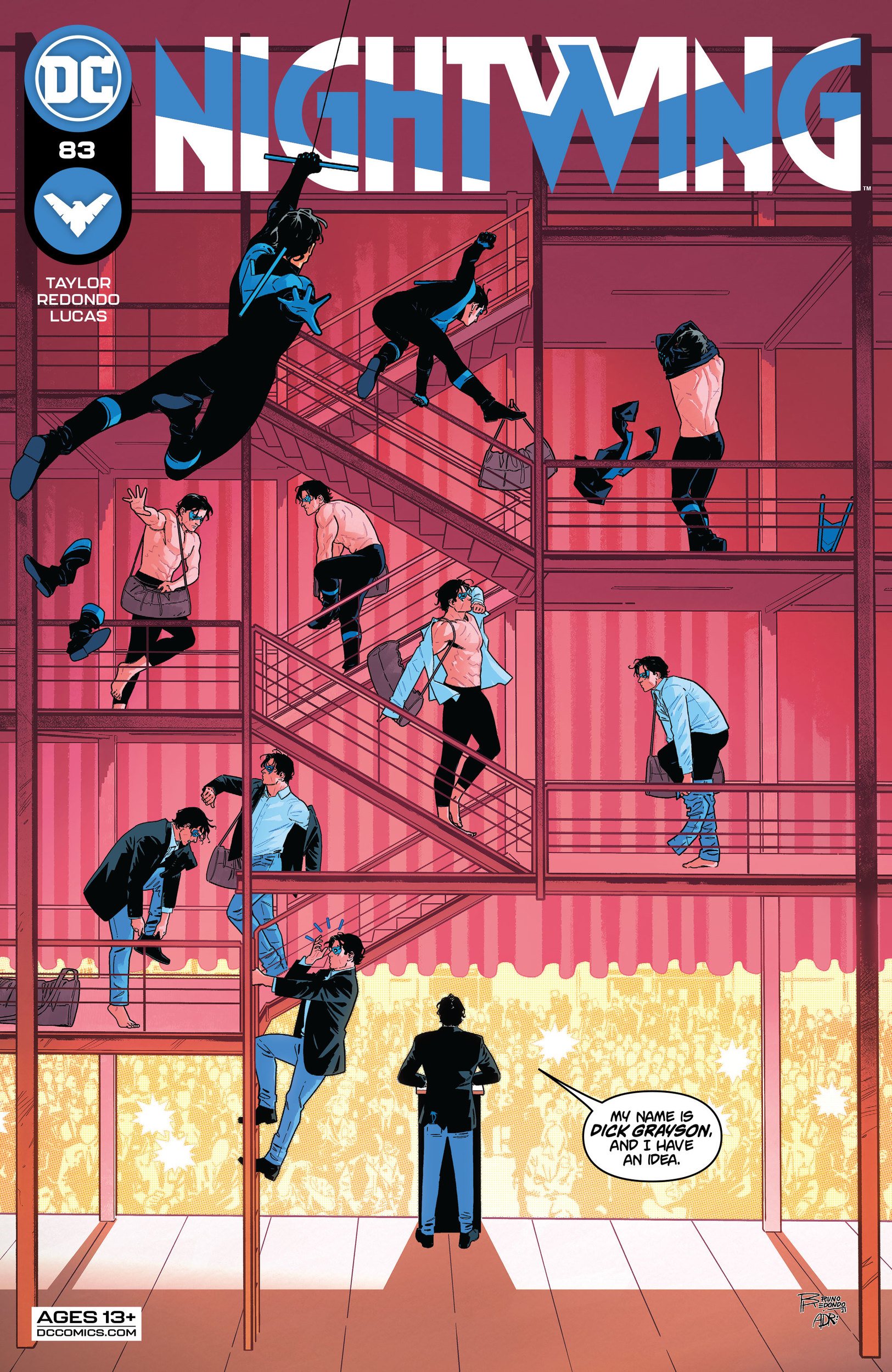 Why am I crying right now? Because Nightwing is one of the best books out right now. I keep saying this month after month, and each time I pick up a new issue I think no way can this top last month… and then it does.

If you read these reviews, you know I’ve deciphered a formula that balances out each issue: Heart, heat, and hands.

Of course, all three are present in this issue like they always are, but this one was really heavy on the heart.

For some major backstory on this run as a whole, when Alfred died, he left all of his money to Dick. And it turns out that all of that money amounted to billions of dollars.

Having that many zeros in his bank account didn’t sit right with Dick, so he had to figure out a way to fix that knot in his stomach.

A line that stood out to me from a conversation that Nightwing had with Superman is, “I don’t think there’s anything heroic about being a billionaire.” And he’s right. Being a billionaire is being a greedy coward. No one needs that much money, and no one could ever use all that money.

Remember when I said I cried? We’re about to get to that.

Nightwing spends the bulk of this issue reaching out to family and friends, surveying their opinions on what should be done with the money. Taylor really only gives us snippets of each conversation, but everyone is on board. We spend the most time with Superman, where the two have a real heart to heart as a duo of DC’s most wholesome characters, but even in that conversation, we don’t find out what Dick is doing with the money.

I’m not going to tell you either. This is a review, not a recap.

But what I will tell you, is that it’s entirely true to Dick’s character, and it will make you cry. Taylor, in a single issue, has proven why Dick Grayson is just as much of a hero as Nightwing. If the world had just one billionaire like him, maybe we could turn some of this doom around.

Oh, and the heat and the hands of this issue? Those belong to Redondo and his dynamic art. He really did the damn thing. This issue opened up with a tussle between Nightwing, Blockbuster, and a helicopter, and what Nightwing did to the militiamen and that helicopter with only his escrima sticks and his agility? Absolute heat.