You know that feeling you get when you scroll down your Facebook timeline and feel like everyone is getting married and/or having a baby simultaneously? I’m fairly certain no one experiences that and thinks to themselves, “Gosh, what I’d really love is to duplicate this, only this time after spending hours of my life devoted to watching anime.” If we’re honest, however, it probably happens to us pretty often.

Now, there’s nothing wrong with ending a globally popular anime on a “happily ever after.” For some people, that happiness just happens to take the form of their favorite character(s) marrying the love of their life forever and ever and bearing beautiful, flawless children. Fine. More power to you and the fanfiction you wrote that’s now canon. But when 99% of the characters, especially ones that have historically shown little to no interest in such a lifestyle, are suddenly roped into this Disnified family portrait as if by magic? That’s when you have a problem.

The term used to describe this pervasive belief is amatonormativity (defined in full here by Elizabeth Brake), which basically means thinking true love and joy can only come from pair bonding with a single, exclusive romantic partner, and all other forms of relationships must fall below in the imagined hierarchy. Like any other culturally-entrenched bias, it assumes people behave or should be portrayed in one way, while effectively erasing everyone who doesn’t fit in that box. Although I don’t necessarily believe in ascribing orientations to people (fictional or not) that they haven’t themselves identified as, here is a celebration of a few of my favorite characters I think help break the amatonormative mold in obvious and meaningful ways.

Perhaps one of the most famous examples, Piccolo, like the rest of his Namekian race, reproduce asexually (not to be confused with the asexual orientation) and therefore have no  “biological” reason to seek out a mate. While this fact should not be assumed to negate the ability to form romantic relationships, Piccolo most certainly does not seem to experience the attraction that would lead to forming one. In a show where oblivious Goku’s proposal to ChiChi seems to come out of the blue and even Vegeta, misogynistic sociopath extraordinaire, falls in love and raises a family, it’s amazing to see how Piccolo stays the same generation after generation. Even so, there’s no way you could call his repeated sacrifices for the Z fighters anything short of extraordinary acts of caring. What can I say? Dude likes meditating, training, fighting, not getting the Father’s Day cards from Gohan he deserves, driving cars, and hanging out with his friends every now and again. Sounds like a pretty badass happily ever after to me. 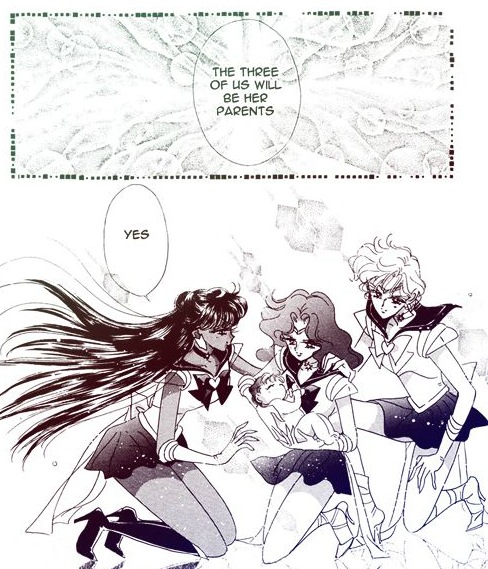 As I’ve discussed previously on the site, Sailor Pluto’s endured a pretty rough life from childhood by guarding the Space-Time Door alone. Unlike her solar system senshi peers, every last one of whom ends up either paired off, paired off and raising a clone child, or destined to be paired off (really, what mother lets her daughter date a pegacorn?), Sailor Pluto continues to enjoy the single life. What’s more, she’s actually a great example of alternative forms of parenting. When I first became a fan of Sailor Moon I found it odd that Setsuna chose to live with the other outer senshi. Since Michiru and Haruka were already in a seemingly very committed romantic relationship and nicknamed “Michiru-mama” and “Haruka-papa” by Hotaru, amatonormativity says it would make more sense for Setsuna to be referred to as an aunt or big sister figure. Instead, not only is she also called by the “-mama” honorific, she wears a matching ring with Michiru and Haruka as a symbol of their promise to protect Hotaru. Who says you can’t be a great mom without a husband or birth pains? 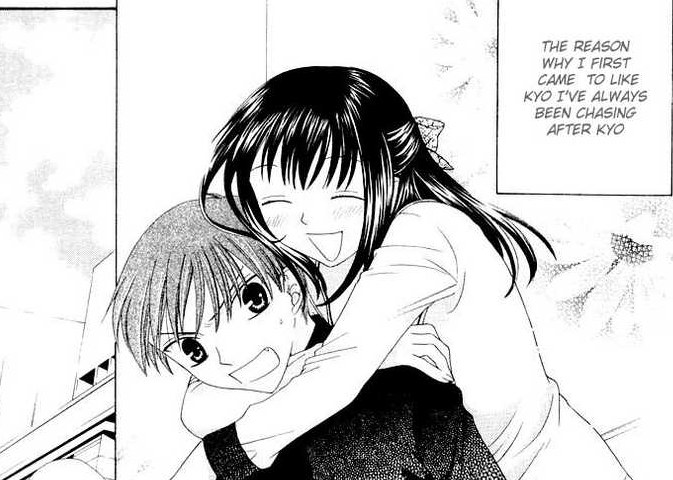 Possibly abusive relationship played up for anime comedic effect aside, Kagura’s interactions with Kyo and the idea of romantic love in general is probably one of the most interesting on this list because, unlike the others named, she does exhibit blatant romantic attraction. In fact, to even say Kagura was obsessed is maybe still understating the point. However, even though Kagura claimed to love and even wanted to marry Kyo from a young age, the fact that we discover later these feelings began as a way to absolve her guilt for looking down on him makes us question the nature of devotion and what it really means to fall in love with someone. Despite later admitting that she really does genuinely care for Kyo, Kagura no longer seems interested in that kind of relationship and ends the series as one of just two members in the entirety of the zodiac cast without a romance, instead choosing to pour all of her passionate nature into child care. So few narratives present disillusionment with the idea of marriage or coupling up without the character being proven “wrong” or worse, end up emotionally scarred and broken, that’s it’s refreshing to see how Kagura lets herself grieve, recover, and continue to live her life in a healthy way. 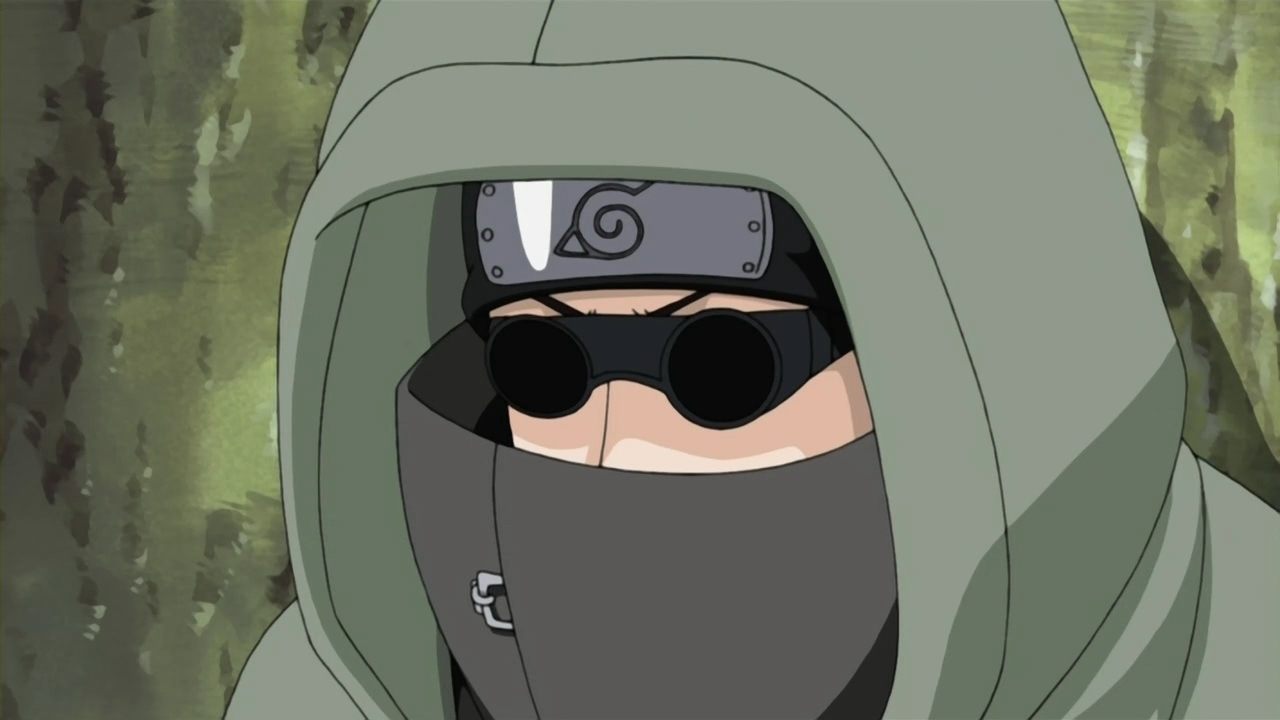 Closing us out is the character that made me let out a sigh of relief after Naruto’s ending looked more like an AU fanfiction than canon (did anyone actually think Sasuke procreating would be a good idea?), Shino Aburame. Shino’s displays of devotion and sensitivity to his teammates, while not outright affectionate, definitely serve as an argument to the idea that romantic partners should be the most important relationship one finds. I don’t know about you, but my next relationship goals look like finding a group of people whose talents mesh with mine perfectly and who I know without a doubt have my back like I have theirs. Let’s also not forget that Aburames essentially live as walking ant farms so, you know, 500 million is already plenty company. One last detail I love about Shino’s ending is the fact that he becomes a teacher; just like the previous characters in this list, Shino demonstrates that you don’t need to pair off in order to foster the next generation and find a rich sense of purpose.

Who are some of your favorite anime characters that don’t need romantic relationships to live happily ever after? Let us know on Facebook, Twitter, or in the comments below!