It’s a sad moment when a Karyn White song even vaguely resonates, but as I sip a beer and write this, those three lines from the late 80s R&B hit definitely do. On this site, we talk a lot about superheroes, of course–they are virtually our raison d’être–and when a Black woman fits the bill, it’s impossible for us to not get excited about her and what she represents. Whether it’s Riri Williams as Iron Man or the post-zombie apocalyptic presence that is Michonne from The Walking Dead, we live for the powerful Black women who carve out a unique role in the fantastical imagination. 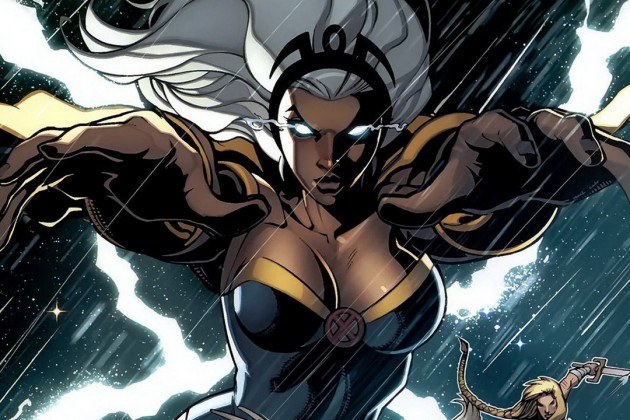 The truth is, however, that Black women have always been perceived as strong, if not superhuman, and that has been as much a burden as anything else we’ve faced in Western society. Our strength has been used as justification for our base mistreatment, in fact, both historically and in contemporary times. While enslaved in the New World, Black women were subjected to the same back-breaking physical labor and corporal punishment that Black men faced. Children were torn away from them as though Black mothers didn’t share the same intense, visceral, maternal instincts of white women.

The epidemic rape of women of African descent wasn’t considered real since we were not considered real women–we were, and to some, still are, unrape-able. Even the recent unearthing of Sally Hemings’ living quarters at Thomas Jefferson’s Monticello has been used to support the myth that she couldn’t have been raped–no, at 14 years of age, she must have loved him, she must have wanted it, she was his “mistress,” and not his property. The trauma Hemings experienced has been subsumed by the need to glorify the slaveholding author of the Declaration of Independence.

Every superhero has an origin story, and maybe for most Black women in America, ours is the intergenerational experience of slavery and the continued subjugation that followed. We were borne of the crucible that is the intersection of gender and race, centuries of ever-evolving but rarely subsiding abuse and dehumanization. Survival for many of us has required tamping down those pesky feelings that other people–“real” people–are allowed to have: sorrow, despair, fear, hurt, anger, rage. Faced with the ongoing trauma of racial and gender disparities in every aspect of our lives–higher maternal mortality rates, higher rates of poverty, of sexual and child abuse, of mental illness usually undiagnosed and untreated–we have trudged on. We have secured seats in universities, taken management roles, raised children sometimes alone or with little support, been activists and started political movements, even if rarely acknowledged for that work. We have been superwomen, whether we’ve wanted to be or not.

And in the popular imagination, we’ve often been portrayed as ball-busters, sassy sidekicks, or one-dimensional get-er-done types with little emotional depth. We are not feminine, though we may be sexy. We are not in need of tenderness or love; we will power through.

There has been a cost. To be a reluctant hero is a common conundrum, especially in modern superhero fare. But for those of us who don’t wear capes, can’t fly, don’t control the weather, haven’t any bionic limbs, this intense stoicism means sometimes we just don’t feel…human. We get taken for granted a lot. We’re expected to work and sacrifice for the benefit of others with little thought to getting our own needs met. We aren’t offered (and don’t know how to ask for) the help we need. The assumption, both internal and external, that we’re just going to be okay means we never have a moment to take off the suit of armor and be vulnerable or fall apart or just fucking breathe.

One of my favorite characters is Michonne. While my experience of her has been solely in the AMC rendering of The Walking Dead, I do know the extent to which her character differs on the small screen from that in Robert Kirkman’s graphic novel. In the show, despite the marvelous acting of Danai Gurira, for almost two seasons after she is introduced, Michonne is mostly silent, brooding, and angry. We know that she cares a great deal for Andrea, who she saved at the close of Season 2, and that despises the Governor. Though viewers can sense that he is evil pretty much from jump, Michonne’s hatred feels almost irrational, and this is one of the ways her character has been done a disservice. In the graphic novel, her rage is fully justified; she has endured extended torture and rape at the hands of the Governor. This is not part of AMC’s telling, though–instead, his sadism is alluded to when Glenn and Maggie are captured and he insists that she strip down to her bra, and then we see the torture chamber he has prepared for Michonne towards the end of Season 3 as revenge for her taking his eye. But the actual brutality is excised from the story, though Michonne’s anger remains. 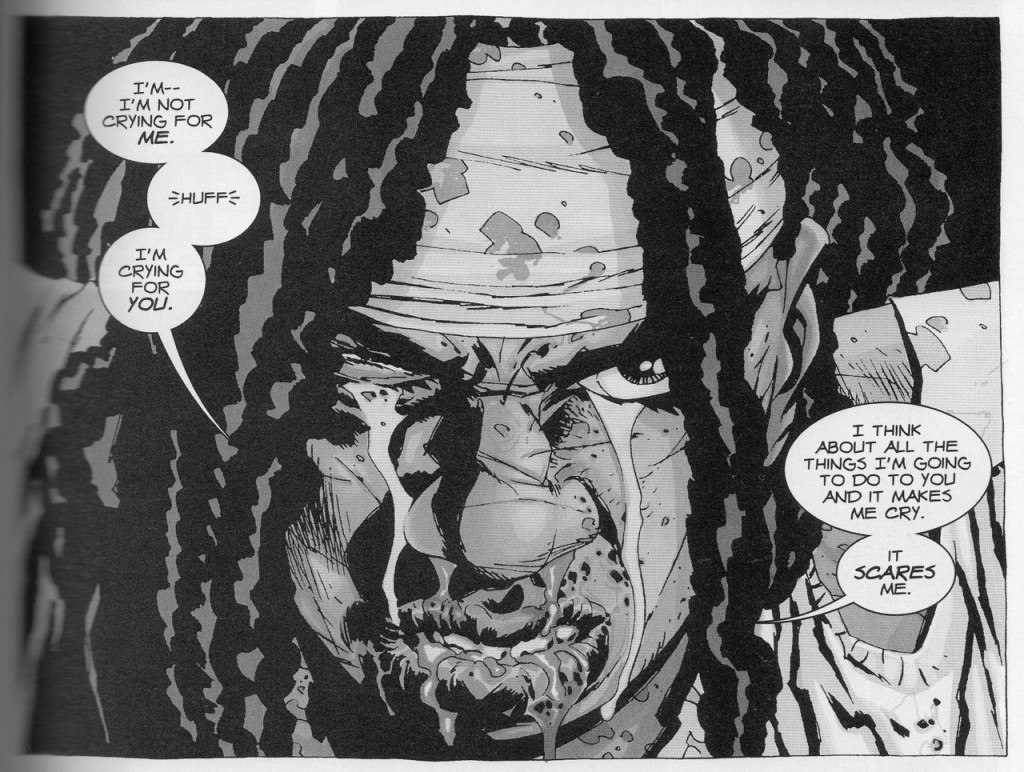 Of course, her primary trauma is from long before she meets Rick’s group–her toddler son was devoured while left in the care of his father and a friend at a relocation camp. But it takes nearly 20 episodes before we find out anything about her life before and what horror she has experienced; if she were a white woman, would so much time have passed without any explanation of her silence and anger, with barely a glimmer of the pain that lies beneath? Unlikely.

There has been a cost to Black women as being seen as something more (or less) than human. So, yes. I applaud when we appear in the pages of comic books or onscreen as larger-than-life badasses who can always take care of business. But I also know personally that there’s more to Black women than our strength and wish that emotional complexity were recognized more often in both our real lives and in our fictional ones.