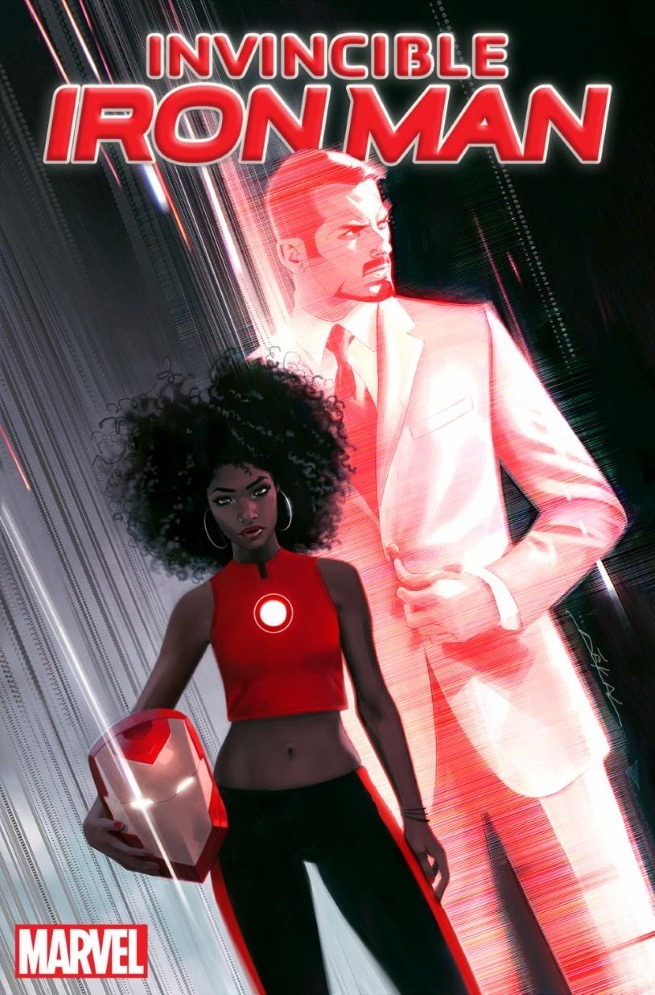 The announcement of Riri Williams, a fifteen-year-old Black girl genius at MIT becoming the new Iron Man was huge news, but was met with mixed reactions. Was this a re-branding of a very popular character or a re-skinning of a Black character for the appearance of diversity? Frantz Jerome and William Evans chop up what Marvel has been up to and what it all might mean.

As comic book readers alive in the 21st century, we’ve been blessed (if not outright privileged) to have been given an influx of “diverse” characters into the mainstream.

An Afro-Latin Spider-Man, a Black Captain America (although *SPOILER ALERT* that title is to be relinquished, by design), a Muslim Ms. Marvel, and a female-bodied Thor.

No shade *plants palm trees* but it all seems very coincidental to have this diversity diversifying all at once. So timely that — as Obama wraps his last term; as dozens of high-profile, police-murder non-indictments flood the Internet; as Twitter holds the world accountable in the public eye — that we begin to see characters that reflect the disenfranchised masses represented in comics. So timely that it begs the question: Are we witnessing representation for representation’s sake?

Off rip, as a kid reading comics in the late 80s/early 90s there just weren’t enough well-rounded protagonists that looked like me. Now that these queer, POC, and differently-abled characters do exist, I need to know why they exist. Are they filling a vacuum? Are they the result of genuine artistic inspiration? Now that these characters are exploding onto the scene at light speed, I got on my Albert Einstein and traced the explosion back to the source, the Big Bang so to speak. This brought me to the one-man answer and solution: Brian Michael Bendis.


[divider type=”space_thin”]
[quote_left]Do we celebrate that the characters even exist? Or lament that fewer QPOC writer/artist/character opportunities are being highlighted in the mainstream?[/quote_left]After seeing Donald Glover as Troy Barnes in Community rocking Spider-Man costume pajamas, Bendis forged Miles Morales out of pure, spontaneous inspiration. This is the same man that gave the world Triage (X-men), Slingshot (Mighty Avengers), Maria Hill, and Jessica Jones. Each of whom are well-received, high-profile characters representing various areas of society that have been underrepresented in mainstream media. As cool as it is to see the characters realized, the stories are not his. The Black experience, the feminine mystique, Latinidad…none of these are Bendis’ lived experience. Bendis’ home life gives him valid insight into many of the perspectives personified by his characters, but what does it mean to have the hand that pens the art or text not belong to the experience it draws or writes? The Avengers roster was all white folks in the 90s, and mostly white before ‘All-New All Different’ went down. So were the majority of the writers and artists on the title. Bendis stands poised as the dopest ally in comics right now, and the unveiling of Riri Williams’ Iron Man run looks to cement his position.

Has there been an organic shift in the understanding and development of underrepresented narratives? Or are white cis men still writing QPOC people’s stories? Do we celebrate that the characters even exist? Or lament that fewer QPOC writer/artist/character opportunities are being highlighted in the mainstream?

As readers answer these questions for themselves, I’ll be scouring the Internet, collecting white tears to re-hydrate and season my #CareFreeBlackKids sweet potato fries. – Frantz

The biggest strength and weakness of the Bendis as the dopest ally in comics corollary is the reputation he’s built for the reasons you detailed. Miles Morales may have been the first AAA comic book hero that had a POC inhabit a previously white-identified character, especially with this kind of staying power. You don’t accomplish that without some serious clout and a blank check. But that reputation may have given Bendis allowances and passes on things other writers would’ve gotten dragged for. The newest arc of Spider-Man has had a number of questionable developments. Where Bendis might have been criticized previously for having this Afro-Latino Spider-Man that seldom acknowledged the fact that he was Afro-Latino, now Miles is talking about it all the time and it might be worse for wear. From playing the Pain Olympics with his best friend, to the self-censorship of his Blackness when other were excited about it, we don’t know if this is the character that Miles was always supposed to be or a mouthpiece for Bendis himself. We really don’t know. But the progressive symbol that Miles Morales is and the surprisingly conservative social leanings of Miles in practice seem to be pretty far apart. 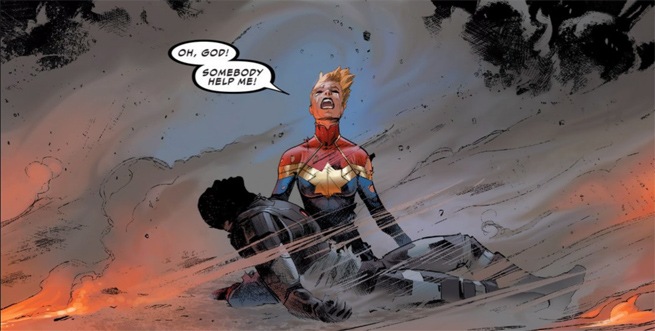 Plenty of people are skeptical about this development and want to see more examples of Marvel giving us more substantive measures of diversity. Not just a new Black Woman as a superhero, but a Black Woman writing her. I don’t disagree with that. We can acknowledge that Marvel does have some prominent, yet marginalized people writing characters that are marginalized themselves such as G. Willow Wilson writing Ms. Marvel, Greg Pak writing Totally Awesome Hulk (and Storm before that), David F. Walker writing Power Man and Iron Fist and Ta-Nehisi Coates writing Black Panther. But whether it’s the New Iron Man or Jeremy Whitley writing about at least three different Women of Color in Civil War II: Choosing Sides, Marvel’s current deficit does seem to be in having women of color writing those characters. Which isn’t to say those writers aren’t qualified of writing good and quality stories for those characters, because they are. But the diversity conversation at some point hits the wall when we are actually searching for more marginalized creators to match the growing number of marginalized characters that Marvel has added.

But perhaps it’s a cumulative effect. We’re not talking about white male writers that are bad writers by any stretch. Al Ewing has been a BNP favorite with his work on Mighty Avengers and The Ultimates. Nick Spencer is doing the Lord’s work on Sam Wilson: Captain America. Jason Aaron and his Thor series has been top notch for a while now. So it’s probably SO MANY white guys. Which doesn’t make comics that different from just about everything else in American media, many of them going through the growing pains of diversifying themselves, too. – William