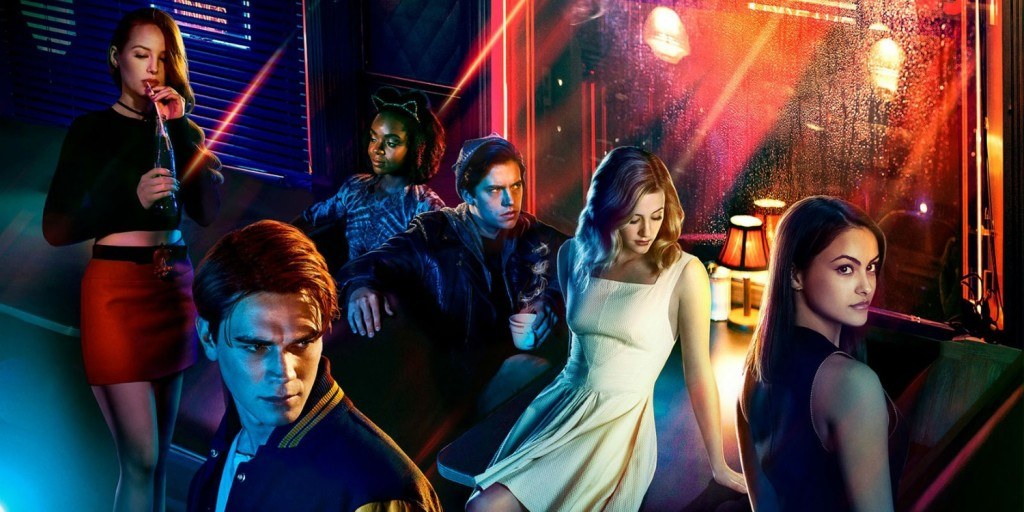 Season One / The CW

Riverdale takes the iconic characters of Archie comics and sets up a dramatic murder mystery you’ll love to binge. Now if you read my comic review of Malika Warrior Queen you know I am a Movie/TV & Entertainment nerd, and the only comics I read in my younger days were Archie comics. The mild mannered red-head with beer-flavored nipples that everyone in Riverdale High apparently wanted a taste of. The awkward yet popular guitar playing all-American boy Archie who has to manage the attention of the sweetheart Betty and the brunette B***h Veronica and that third girl sometimes, Cheryl.

Writer and creator Robert Aguirre-Sacasa (also known as a writer on Glee), has taken the Archie brat pack and elevated them to the highest level. Now, I know what you’re thinking – what could even happen in this show? It’s about white suburban high-schoolers swooning over each other. You’re giving me side eye like my husband did when I said, “I was watching Riverdale and…” “Riverdale??!!” First of all when you’re in a long-term nerd relationship it is important to find shows you can watch when your partner is not around!

Anyways, everyone underestimates the addicting power and strong storyline of Riverdale. The show is more akin to the U.K.’s Broadchurch or the American remake, Gracepoint than the cute high school stylings of the original comic books. I’ll do my best to convey the pull of the show without giving all the spoilers. We see this strange group of friends come together after the untimely disappearance of Cheryl Blossom’s twin brother, Jason Blossom. The heartthrob (also red headed) football quarterback, rich, dapper and seemingly perfect boy, mysteriously disappears after taking a boat ride with his twin sister Cheryl. The story seduces you with the need to know how and why he has disappeared. How the hell does the show transform these vanilla characters?? The answer is with precision and an in-depth knowledge of the Nancy Drew and the Hardy Boys formula. 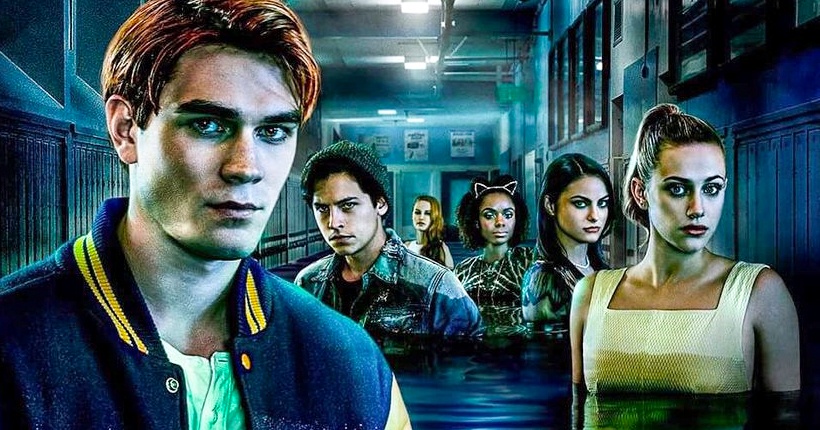 First off, our boisterous Veronica is just as strong willed and bitchy as we remember, but in the way that makes you need her in your posse fo-sho. She is a ride or die, do anything to get what she wants for her and her friends, kind of gal. Coming from New York City, her rich father was recently jailed for embezzlement, forcing and her and her mother to move back to her mother’s hometown of Riverdale. (Which makes me feel like this could be Riverdale in The Bronx for its proximity to NYC…)

Betty the sweetheart blonde pining over Archie, who could not be more oblivious to the advances of women. Yet you see early on Betty has a fire to her that may only come out when you least expect it. A Gemini for sure, Betty’s alter ego appears when exacting justice on playboy footballer Chuck Clayton.

Jughead is an angsty loner and cynical journalist, also the narrator of our crime drama. Kevin Keller is the all-gossip-knowing bestie who is openly gay in this story. And Moose, the jock who may be Bi… and definitely secretly has a thing for Kevin – oh high school! And Archie, the washboard abs having, sweet over-achiever. The caring kid with big dreams of being a singer/songwriter. You love him for his ability to genuinely care for everyone and fight even when it’s probably not a good idea. My co-worker agrees…

Coworker: I’m in love with Archie. Even though he’s the ultimate f**k boy.
Me: He’s like an oblivious f**k boy.
Coworker: The worst kind. But I love him.

Fun fact: The actor who plays Archie, K.J. Apa, is from New Zealand and is both Samoan and Kiwi!

Riverdale got props from me when they made Josie and Pussy Cats, the most sought after up and coming pop group, all women of color — including Josie’s mother, the mayor, played by Robin Givens! The main football players are men of color, Jordan Calloway as Chuck Clayton and Ross Butler as Reggie Mantle. Even Veronica, played by Camila Mendes, is Latinx!

Not to say this makes it a perfect all diverse cast, but kudos for attention to detail. At first I was a bit put off with the Black football player being the misogynistic jock…buuut he is foine and the actor does a great job of making me attracted and hate him at the same time.

The show even brings out the vintage actors we remember from our youthful soap-opera dramas & kitschy flicks such as, Luke Perry, Skeet Ulrich, and Molly Ringwald!

That being said, we see the drama that entangles this small town dating back to the parents’ dark past, trickling down and affecting the kids who are just trying to find out what really went down that fateful morning of July 4th. It uncovers, forbidden relationships between teachers and students, mobster activity, gang relations, snitches, and who is taking who to the homecoming dance?! You’ll never believe who Betty ends up with. There are unbelievable twists that you just would not see coming. If you remember the charming and lovable antics of Archie comics, (and even if you don’t) you’ll love the new and improved seductive storyline and enticing characters of Riverdale. 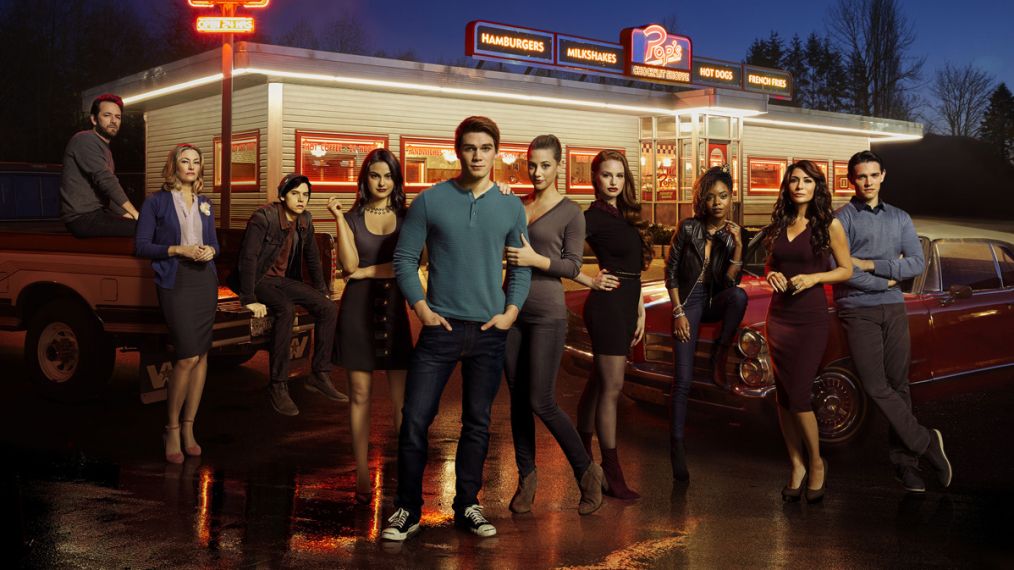 Binge it before the fall premiere of Season Two, October 11th!