“I don’t have a name for the thing that happened to me, but I don’t feel safe any more.”

In 1999, I became acquainted with the work of Octavia E. Butler and that acquaintance quickly grew into something more. I devoured Parable of the Sower and Parable of the Talents. Both of those books are eerily familiar to the tension in society today. I’d never been much interested in speculative fiction and didn’t realize that was even a genre that could be combined with the Black experience prior to reading Butler. In college, as I craved more and more from Octavia, I stumbled upon Kindred.

Reading Kindred wasn’t easy. It hurt. It hurt in a way that I had only ever experienced with novels that dictated the lives of women of color who had been abused or suffered loses that I had either experienced or witnessed. Nonetheless, I devoured it the way I had done every other Butler novel. I swallowed it page by page, choking on its realness and truth… Going back to reread pages because this world that I’d sunken into couldn’t possibly be this real. Kindred tells the tale of Dana, a Black woman who is married to a white man in the 1970s and upon moving and settling into their new home is suddenly transported into the 1800s where she discovers that her fate is to save her own life-line.

We are just shy of 40 years since its first publication and the unimaginable has happened. Kindred has a graphic novel adaptation. Just like its predecessor, it is not for the faint at heart. Damian Duffy and John Jennings have taken Butler’s Kindred and given it new life. The pages erupt with emotion and you have no choice but to follow Dana and her husband into the surrealness of a parallel life. Duffy’s adaptation puts one foot in the world as you know it and one foot into a past that you’ve only read about in history books. Jennings’ illustrations take the parts of Butler’s original novel that your mind could not make sense of and force you to swallow them as reality. 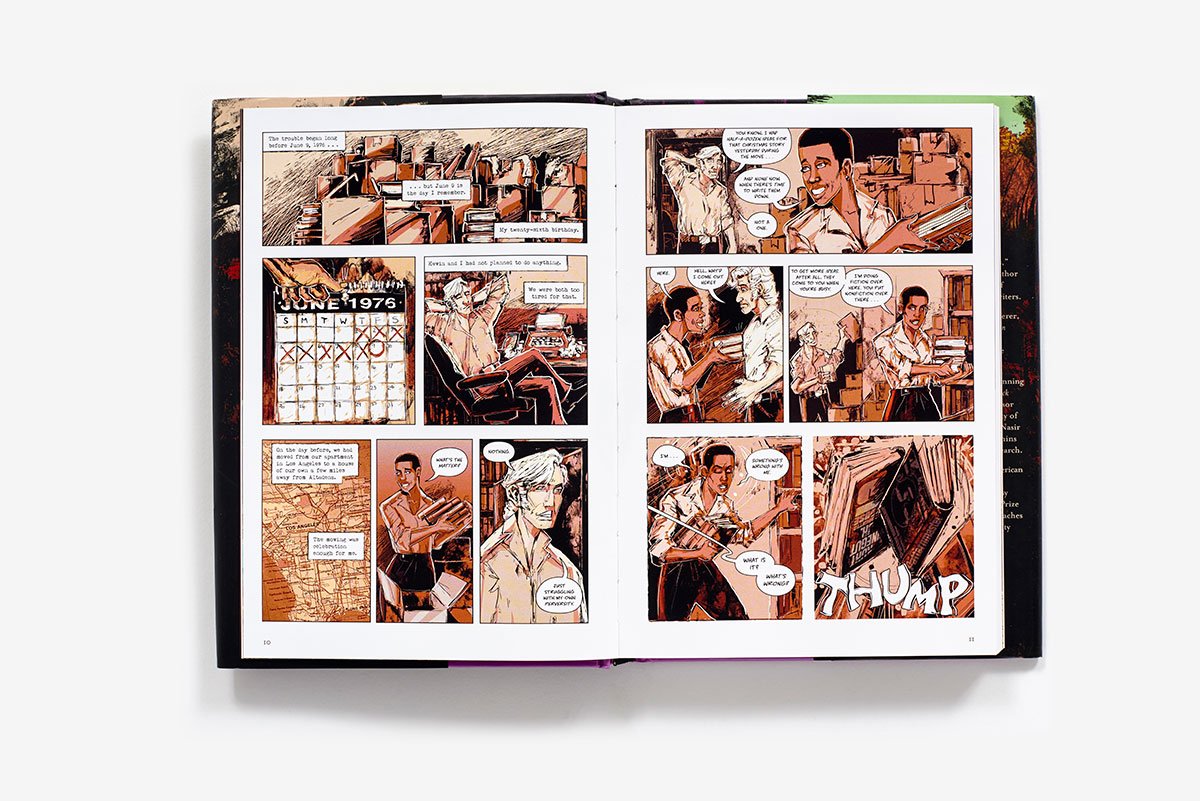 The illustrations are true to the time of the original publication, with the subtle sepia-toned coloring that flows throughout the novel. Once Dana begins to travel back and forth in realities and her purpose becomes more evident, so does the vibrancy of her clothing. The juxtaposition of Dana clad in a bright blue button down next to her ancestors clad in neutral-colored clothing plays on an emotion that most of us can recall when we’ve been in the wrong place at the wrong time. The souls of every character come to life through the illustrations and Dana’s struggle is so clear when you look into her eyes. They also use the illustrations to show the genetic strength of Dana’s bloodline through her uncanny resemblance of her ancestor Alice. The Introduction, by Nigerian-American author Nnedi Okorafor, states that there are pieces of text from the original publication of Kindred that did not make it into the graphic novel adaptation — but she is correct when she says that the story is not lost. Duffy’s careful work and the illustrations fill in for the text that did not follow the adaptation and allow you to feel all that Butler had to say. True to the style of Octavia E. Butler, as the reader, you are also still left to complete the experience on your own. This graphic novel makes you a part of Dana’s journey, rather than an onlooker. Literally seeing her beside her ancestors in the antebellum South struggling with her own preservation and survival will make you question your own actions if you were to find yourself in her place.

“I never realized how easily people could be trained to accept slavery.”

Okorafor tells us about her own introduction to Octavia E. Butler’s work and the conversations that they were able to have prior to Butler’s untimely death and it is clear in the introduction that she valued Octavia and her work. Butler isn’t lost in Duffy’s adaptation, instead she gains new life. We’re no stranger to Nnedi Okorafor and her amazing work, so this comes as no surprise.

Whether you’ve read the novel before or this graphic novel is your introduction to Kindred, the ending will leave you flipping back and forth through the pages. This isn’t due to any confusion, but quite possible for solace. It is hard to believe what happens to Dana, even with her beginning this journey with the ending in mind. With that being said, grab this graphic novel to add to your old/new collection of Octavia E. Butler’s work and to experience the talents that Duffy and Jennings are able to bring to the classic that is Kindred. Want more recommended books in 2017? Read the BNP To Be Read List and get your pre-orders in!