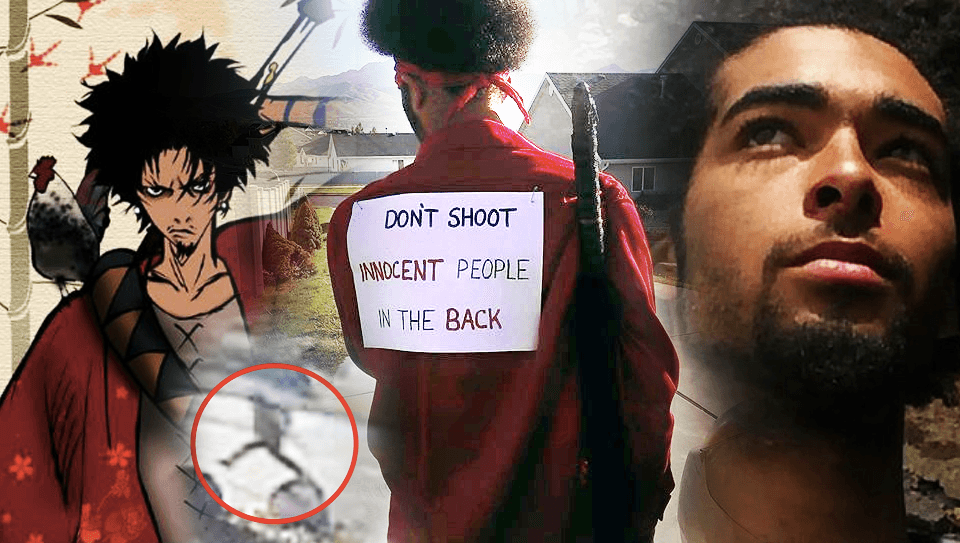 Last year on September 10 a Black man named Darrien Hunt was shot and killed by the police for supposedly swinging his sword at them, a death which later made his image the poster child for fear of cosplaying while Black (an issue which our Editor-in-Chief wrote about at the time). Today, there has still been no justice for the Hunt family. To add insult to injury, Darrien’s mother Susan Hunt recently told news outlets that she was offered and rejected a $900,000 “gag order” that would have required her never to discuss the case again. As if even millions of dollars could ever heal a mother’s broken heart.

I think a lot about Darrien Hunt, still. I know the terrifying statistics, that every 28 hours a Black person is murdered by the police. I carry the exhaustion of a new face and a new name to pin to my heart, to wear a T-shirt of, to listen to recited in chant. I watch my friends and loved ones, many of whom are Black and therefore at risk at any minute to be another name on this impossible list, process this trauma as best they can. To be honest, reading and writing Black Nerd Problems articles probably falls into that necessary self-care category more often than not. Maybe that’s why I come back to Darrien so often. 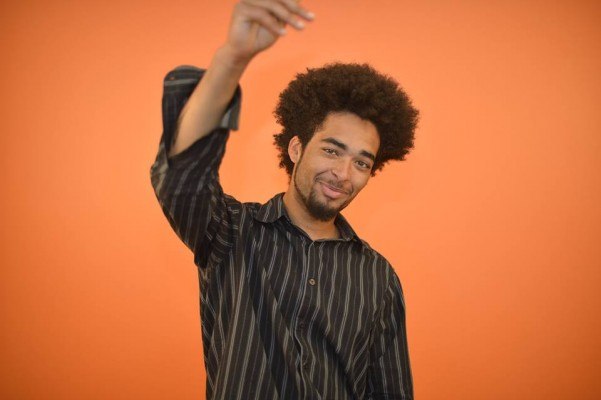 As a Black cosplayer, it’s undeniable how much Darrien’s death shakes you to the core. I think about how many times I’ve worn Bat family cosplays at night in predominantly White cities or towns, running around pretending to be a vigilante on the bus or on street corners or walking with another Black friend for a night scene photoshoot, and I wonder how I’m still here when he was shot in broad daylight. I wonder about the safety of all the Black cosplayers we’ve ever featured on this site. But Darrien is also more than just the moment he wore a costume.

I watch videos of his White mother continuing to relive the horror of her dead child and imagine what my own white Asian mother might say, how she might snag on the complications of racial violence but her misery would be no less. I see in him an uncanny mirror. I look through pictures online of his anime-inspired artwork and remember how the sketchbooks I’ve poured my deepest self into could easily be misinterpreted for guilt. I peruse his Facebook wall as I did a year ago trying to flesh out the person I’ve only read about in newspapers and re-encounter this status exactly one month before his death: “I’m excited to turn 22 and stay here with all of you.” Just as I remember that we’re the same age, I stumble across the picture of his bloodied body on the Darrien Hunt Memorial Facebook page. 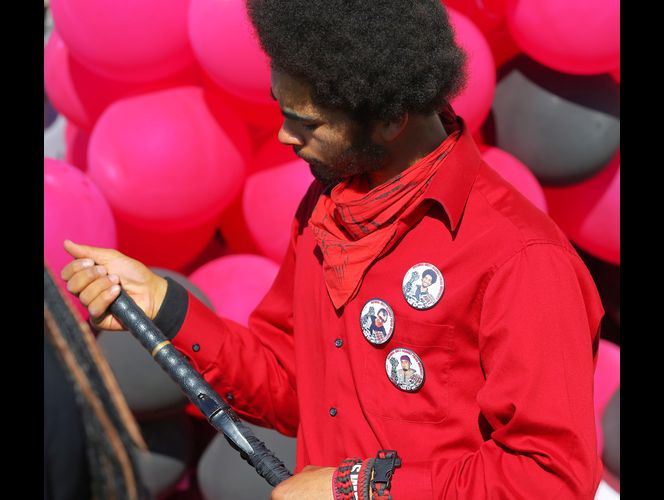 To honor Darrien’s memory his brother KJ recently retraced his steps, but the sword and red outfit make the two look so similar you have to double-check captions to make sure it’s not just an old photo the newspaper mislabeled. I think about how if I mourn a mirror I’ve never met, how much more excruciating must it be to lose the brother who from all accounts loved him deeply? I think of how one year later our broken justice system has just served to increase the Hunt family’s grief. I think of my own Black family members and how that includes people on the staff of this site. I wonder if Darrien would have enjoyed reading what we wrote, if maybe he’d even have contributed an article or two, become part of that family. I keep retracing steps he won’t ever take. I think a lot about Darrien Hunt, still. But maybe this in itself is its own act of remembering.