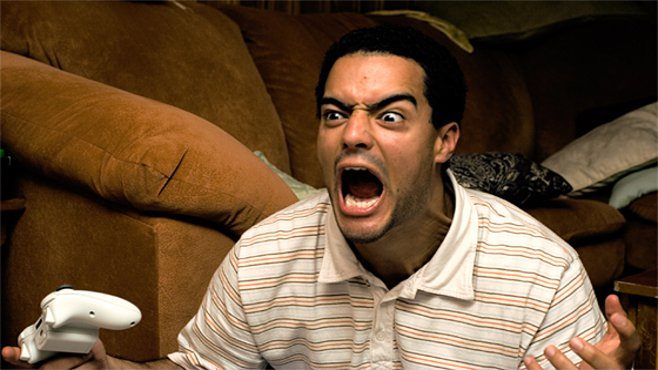 When I game, I usually have my headphones on. This is in small part due to immersing myself in the experience, but with the advent of voice chat in online gaming, the number of vile misogynist, racist, and overt immaturity in the quality of online gamers is proof of one of the most wanting communities of peoples on this planet. I occasionally game with my speakers on but I’ve noticed that it’s rare and more common when my wife and brother-in-law are not at home. Just a few weeks ago we were watching the Superbowl, which I had limited interest in but I wanted to game while also listening for the, HOLY MACKEREL moments from the commentators when something of import happened to avert my attention. For the most part my wife and brother-in-law were focused on the Superbowl or our dog or otherwise. Every few moments, however, I could feel their eyes dagger to the back of my head crudely scanning my body like fingernails on a chalkboard for what they thought could be an explanation for what they’d just heard from the folks I was playing with in an online co-op. The references in the comments, that had suddenly reached out of my speakers and imposed their ghastly throes upon my family, ranged from anal rape, antisemitism, and white kids using the N-word in the most unflattering ways possible. (Author’s Note: Not that there is any flattering way for white people to use the word; these were simply THE most unflattering ways that they could have been used). 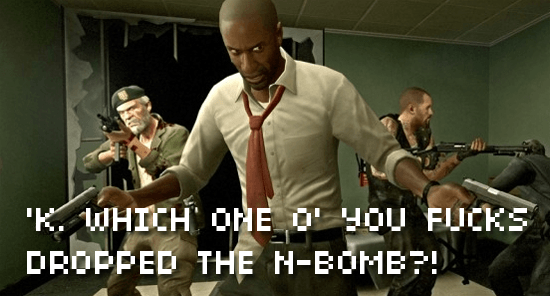 I’d like to think that having been a gamer for as long as I was able to hold a controller, that I’d evolved over the years and enlightened myself to the anxieties of race and sex relations despite the community that I was brought up in. However, I come to bare the question of why it is so easy for me to filter out the thick layer of intolerance, ignorance, and hatred that’s imbued in the core of the gaming community. I find it might be this correlation of the secret lives so many of us live as gamers. In writing Exploring Identity As A Gamer, I spoke on the subversive nature that we gamers are forged into adolescence, young adulthood, and adulthood. Many of the paths that we gamers take into our adult lives are parts of us that are kept squarely in check with no desire to share much of, unless we are in the company of other gamers of the same ilk.

To quote Tony Hoagland (a talented, yet oft controversial poet, who has had many an opportunity to answer calls to explain his own indiscretions as it pertains to tolerance), you could call us a tribe. One such a tribe whose members only unleash the worst about themselves upon the rest of the tribes-members, a tribe that only exists in the ugliest of corners of DM3 – The Abandoned Base or the bloodiest cesspools of Hoxton Breakout. We gamers who tribe as a manner of coping or tribe as a way of learning our world or tribe as a resort of hiding from that very world don’t often speak about our “gaming life” unless it is to other gamers. We work day jobs solely for the purpose of paying for our DC Universe Online subscription and are not a breed that is outwardly proud by default save for the act of and acts in gaming itself. As such, we become secret keepers of ourselves and the world that exists in the online gaming community. We learn to embrace gaming wholly and siphon the worst parts of ourselves into this secret existence that gives us an opiate-like high every time we embrace the ugliness of ourselves.

I have poetry and activism to thank mostly for opening me up to the vast majority of privileges that I’m entitled to and more importantly for teaching me to yearn to be consistently vigilant about those that I’ve yet to acknowledge. Most gamers who comprise of the online gaming community resist these paths of discovery. The ones who don’t often have little to say “in-game” as there is also an inherent shame that is associated with being a part of the tribe. While I know taking up that mantle may mean never actually getting any gaming done or being kicked from every session I join, it is reassuring to know the distinction and carry the shame of that tribe in front of my wife and brother-in-law. I knew I’d have quite a few conversations about that Superbowl night with them and I welcome the discourse while formally cringing on the inside myself. 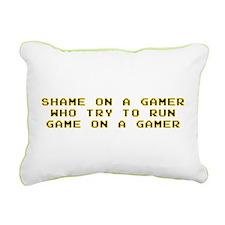