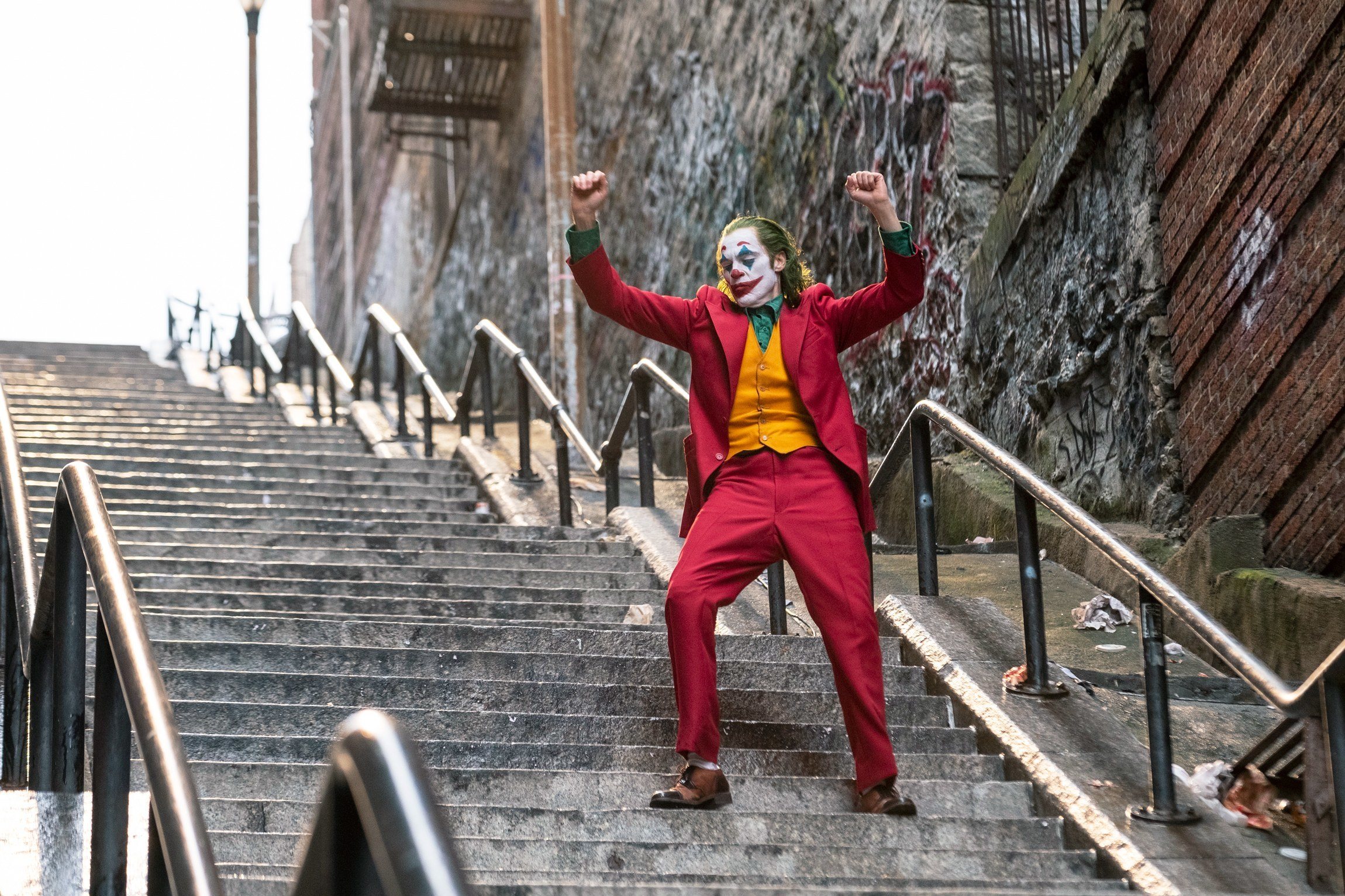 Ja-Quan: Lately, this Joker movie got all the Instagram feins running to The Bronx…or as hipsters know it, the final frontier of Gentrification.

I get it. You had no clue the Bronx was anything more than a GPS location for Yankee Stadium and a nice field trip to the Zoo.

Now you realize we’re home to a staircase that looks good on social media. As absurd as it sounds I really do get it. And I really don’t like it. The Bronx is still the poorest borough in NYC. The Bronx is still looked down upon by people from Brooklyn, Manhattan and Queens..and still very hood in the eyes of all New Yorkers. People need to remember that BNP doesn’t condone violence, but we do acknowledge the possibility of it when people do some dumb shit, and rolling up to someone’s hood to take pictures on some concrete steps can get you robbed, stabbed or worse. With that being said, Frantz and I have some advice for all the Joker fans out there.

Y’all need to stop. I completely understand the cultural significance of Joker for the under melanated: this y’all Black Panther and somehow gallivanting up and down those stone steps is your “Wakanda Forever”. It’s quiet for that. The sets of giant staircases along the west Bronx have been the scene of the crime for years. But we GOTTA take those steps, and each time someone who lives there walks them they get a military stripe sewn onto their soul. Yall ain’t earn that. Meritocracy was never y’alls thing to begin with. So like the homie Ja-Quan said – I get why scores of tourists and poverty porn enthusiasts would migrate to the steps of 167th Street. And it deadass needs to stop.

Ja-Quan: Don’tcome scurrying to the BX expecting a microbrewery and coffee shop on every corner because you’ll be wild disappointed. My borough is as thorough as it gets, and if you find yourself going to UrbanDictionary.com to look up ‘thorough’ or any other words dropped in here then you shouldn’t step foot in the Boogie Down. Take your handlebar mustache, 92 Seattle Sonic’s jersey, forest green skinny jeans and matching cowboy boots and have 27 seats. One for each Yankees championship. Also, don’t get shook when the homeless cat at the bottom of the stairs asks for some spare change. Whole Foods hasn’t set up shop by the stadium yet, so you’ll be seeing some faces from a different socioeconomic status and you just ain’t privileged enough to avoid that. Oh and if somebody is putting on a damn show, toss a few dollars their way. If you can afford to go to the Bronx for the Gram, you can afford it.

Frantz: Don’t be on 167 looking for a hot yoga studio to leave your purebred Bassett Hound so you can sample the hood flavor ‘the X’ has to offer. That ain’t it chief. Do expect to see wild disgruntled denizens scanning you up and down because your very presence is a legit violation. Y’all wouldn’t be caught dead in The Bronx without some self-congratulatory and cursory BS. This. Is. Not. Brooklyn. Not Manhattan. Not for sale. This is to say, the homies from BK and Uptown gave us the 411 on how gentrifiers get down and we’re paying it forward – in kind.

Respect the Hallowed Ground You Walk On

Ja-Quan: The Bronx is the birthplace of Hip Hop and all that comes with it. What you should be doing, if you’re so inspired to head out to the borough up north, is make your way to 1520 Sedgwick Ave and pay homage to the first apt building to every throw a hip hop party with a DJ spinnin. What you should do is find out what organizations DJ Kool Herc, Grand Master Flash and other OGs have set up that usher in the next wave of artists, and donate to a dope cause. Oh, you’re too lazy to do all that? Ok, well how about you help the ill Bronx Museum of the Arts keep running by blessing with a tax write-off? You have no excuses.

This is also home to some of the richest cultures in the country. The Puerto Rican and Dominican populations have been prominent since the 60s and 70s, so you should really find a way to appreciate all that Hispanic Heritage has done for The Bronx and New York City. You see all those corner stores with the cats chillin inside them? Yeah, those are bodegas fam. Don’t be scared. Go inside and order a pastelito. Don’t call it an empanada either, you’ll be exposing yourself quicker than a far right-winger blaming our boroughs poverty on “blacks” abusing welfare. Whatever you do, don’t try to use your rudimentary ass 7th grade Spanish lessons to speak to people “in their native language”. Just take the L fam.

Frantz: Just pay your respects to the borough that gave you the music you used as the soundtrack to your petulant Veruca Salt in the headass, Joffery in the soul ass ‘youthful rebellion’ and foolish choices. The Bronx made that, so treat the hood with respect.

Ja-Quan: The last thing I’ll say is something I never thought we’d have to point out, but we’re sittin’ in the worst timeline, so who am I to be surprised? Look fam, the Joker is not a hero, so don’t treat him like one. If you’re so compelled to hop off the 4 train and cautiously make your way to the “Joker stairs” then live your best life. But understand that idolizing a murdered (movie version) and a serial killer (comic Joker) will get your dragged in these Twitter streets and back slapped in the Boogie Down.

Appreciate the outstanding performance of Jaoquin Phoenix, don’t emulate the actions of his character. Praise the movie all you like on your social media, but understand how to differentiate the fictional from the very real U.S. bred terrorism currently plaguing this nation. Without all that, you’re just a clown with an iPhone trying too hard to fit in.

Frantz: I vibe with the Joker as a downtrodden and invisible member of the working class. I can relate to what it means to have the world turn its’ back on you systematically. I can dig watching this broken person walk up and down those stairs day in and day out. It’s palatable for me and many Bronx residents because we know what it takes to walk here.

We admire the drive and grit needed to call this place home. Joaquin Phoenix’s Joker fit in here because just maybe he earned the right to be here; he experienced the thing that would keep any Bronxite from going into someone else’s hood and act a fool. Humility. Y’all should grab some of that to-go with a bacon, egg, and cheese. If not: