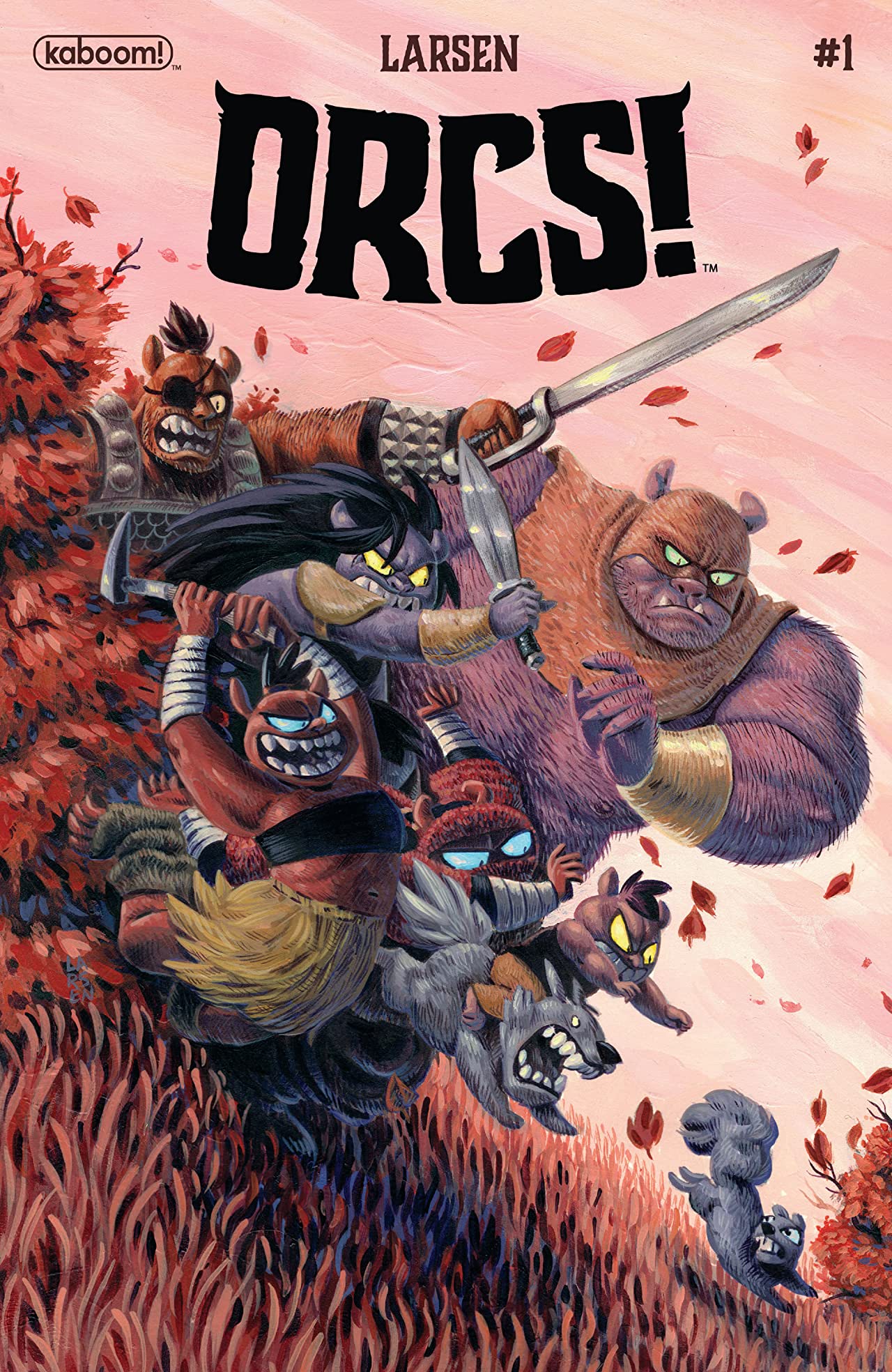 A couple months back, one of the developers of Baldur’s Gate 3 chastised the playerbase for creating the most basic of adventurers possible. Analytics showed that the most popular choices resulted in a generic white dude and this is a character creator with, and I quote, “demon eyes, horns, and even tails.” And while I emphasize that character creation is up to the individual and some people don’t necessarily want the most fantastical feature, I personally believe that if I have the option to be not-human, I’m going to choose the closest approximation to a robot in sci-fi settings and the closest approximation to whatever myth I’m currently captivated by in fantasy settings. All this to say, sometimes humans are boring. Sometimes, I want a story from a drastically different perspective. And this week, I was blessed with one such story with Orcs! #1.

Created by Christine Larsen, the first issue of Orcs has two major components. The first is a stand-alone tale of Drod, the great Orc Adventurer and Warrior, which introduces us to Larsen’s fantastic sense of humor and playful illustration. The second is the group of young Orcs listening to and inspired by the story and getting into their own brand of trouble.

And the reason this is so much fun is that you can feel just how different Orc culture is. You can instantly infer their values, their sense of humor. It’s human-adjacent, but it has its own quirks. Conversations are much more forward and aggressive. Dialog is more combative for all parties, and there is a level of respect where two orcs yell at each other that wouldn’t necessarily be understood if these were humans we were dealing with.

Larsen’s dialog is curt and playful, and I laughed a little too hard at the opening conversation between Drod and the Siren. The artwork is perfectly energetic and captures the vigor of the Orcs really well. The expressions are cartoony and endearing and this entire issue is just a joyful romp through a fantasy world with a slight twist of perspective.