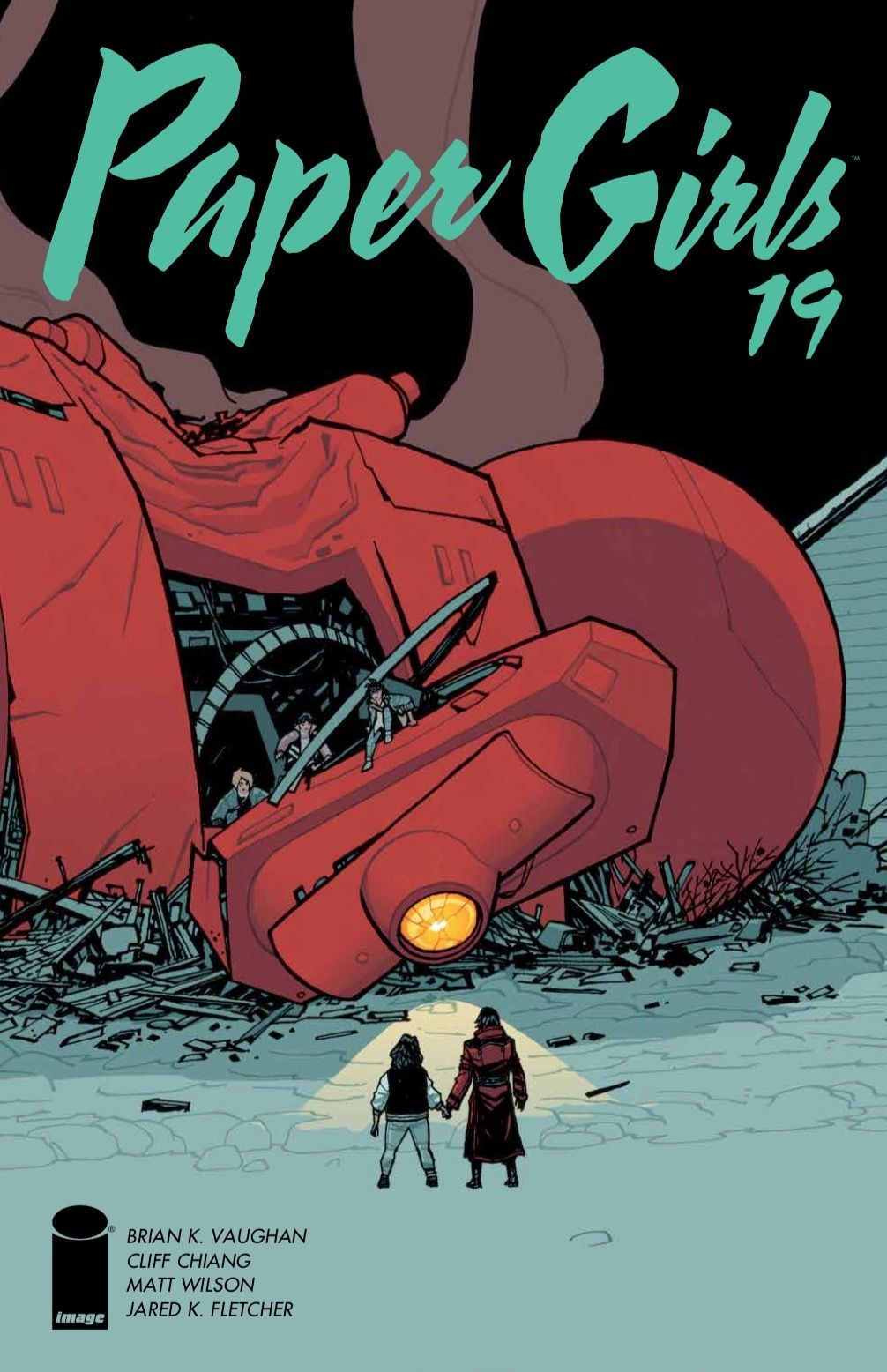 Grown-up Tiff is here! It doesn’t feel like we’re only 19 issues deep into Paper Girls after the amount we’ve traveled with Erin, Tiff, KJ, and Mac through so many times and locations, but one of the fun challenges of a title like this one is being trusted with such little information – or details that are told only once – and having to keep it all together as the adventure unfolds. Such is the challenge with Paper Girls with all its moving pieces around our fantastic four, from time travelers to doppelgangers to personal fates to the time wars looming over it all. The time wars are increasingly seen in the open now, especially for Tiff, who can see the teleporting mech warriors fighting while no one else can. Well, one other person can: the future version of herself. As we hoped and predicted, Paper Girls #19 introduces grown-up Tiff, and she’s confused AF. 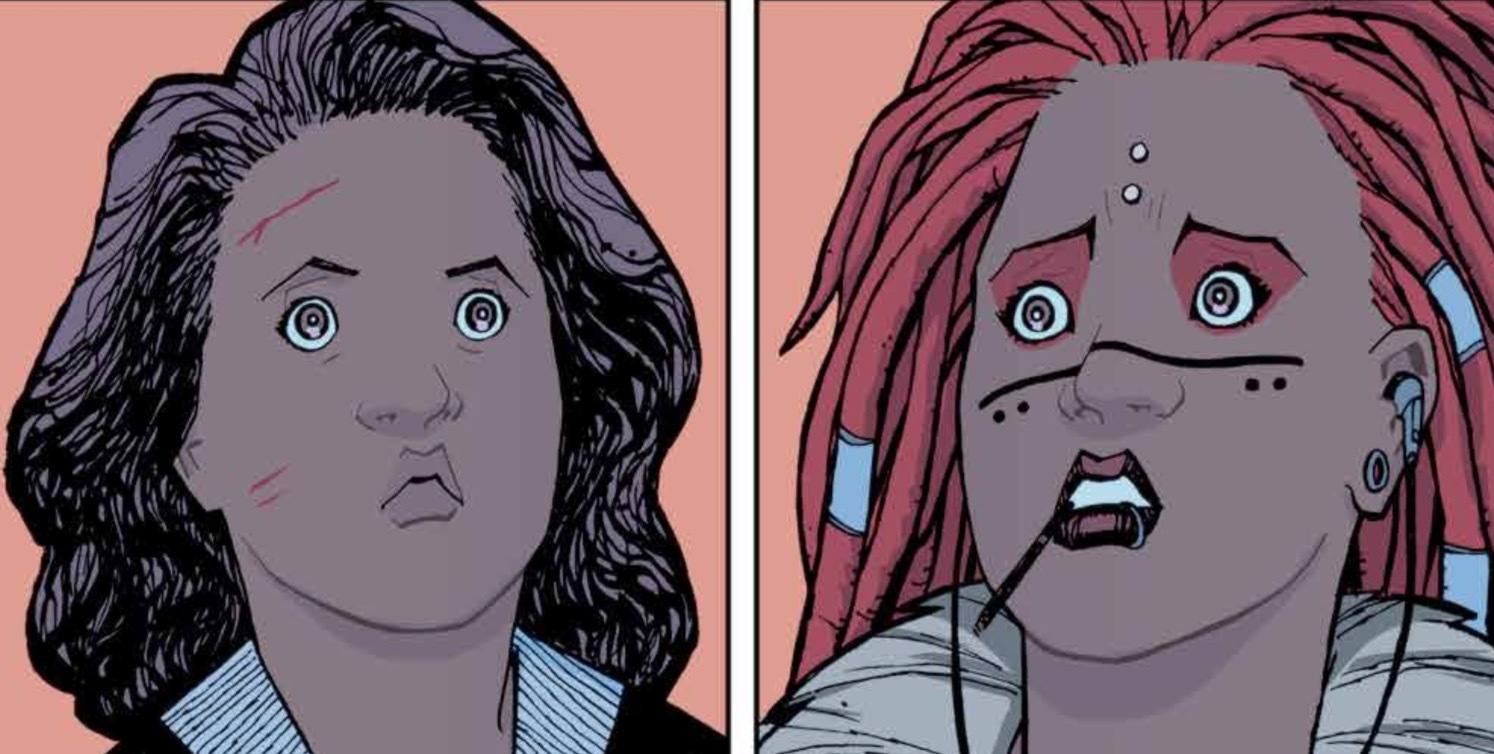 Artistically, there are conflicting elements from different time periods that each page becomes a kaleidoscope of awesomeness you couldn’t find anywhere else. People from the 80s next to others from the early 2000’s and alternate versions of themselves next to robots and time travelers from the future. Paper Girls is wonderfully imaginative and its artwork is an expert’s display of suspense and reveals.

As the girls look for sanctuary and a way to get back home, the chaos continues to pull them in and this book continues rolling. Overall, another addition to what we know to expect from this series: mystery, danger, and a whole lot of snark. Let’s see where adult Tiff takes us, and what she might reveal about the girls’ lives after 1988. Because it wasn’t “friends forever.”