I’m a big fan of comics projects that are created and funded through Kickstarter. So much in fact, Lauren B jokingly says that I singlehandledly finance 1/3 of all comics that come out of KS (looking at my Credit Card Statements I think she may be on to something…). Regarding Kickstarter, I love be able to see all manner of indie / web comics getting printed and anthologies that I would almost never see without help of the comics community that I know from Twitter and of course, the internet. It is in that thought that it’s a great tool for creators of color, queer creators and other marginalized folks to use to help crowd source the funds for, spread the word about and ultimately use to their advantage this vehicle to aid in pushing their product–their comics.

I’ve been following Joamette Gil, on twitter for quite some time now and she’s always stood out to me as a voice often ignored in the usual white-male-cisgender comics/comic book industry. As a queer Afro-Cuban illustrator, cartoonist, and writer, the stories she tells and has been telling and illustrating are the ones mainstream comics doesn’t have a true appreciation for. Nevertheless, they are necessary, needed and appreciated. (I personally love her comics for Everyday Feminism and also see these gems!). Her voice, her work and her vision to see more comics by women, demigirls, and bigender creators of color continues on. I can recall eyeballing Joamette’s twitter page months and months ago for new updates on this project that I clearly wanted to help spread the word about and more importantly: pledge my dollars to help make this special project a reality.

I wanted to place an emphasis on how imperative that it is that we support the types of media that has the representation that we want to see, that we talk about and want for future generations to come. Power & Magic Press is one of those publishers that I really want to see thrive so we can see future antholgies and comic projects from womenfolk and also other marginalized folks who make comics.

Power & Magic Press is a Publisher of creator-owned comics that is QPOC-operated whose mission statement is ” the creative and economic empowerment of queer creators, creators of color, and creators at the intersections.” (Side note: when writing up the blurb for our site’s Magical Girl Design Contest in which we were seeking out non male artists, the P & M tumblr page helped craft our language to include a broader definition so we wouldn’t exclude anyone) 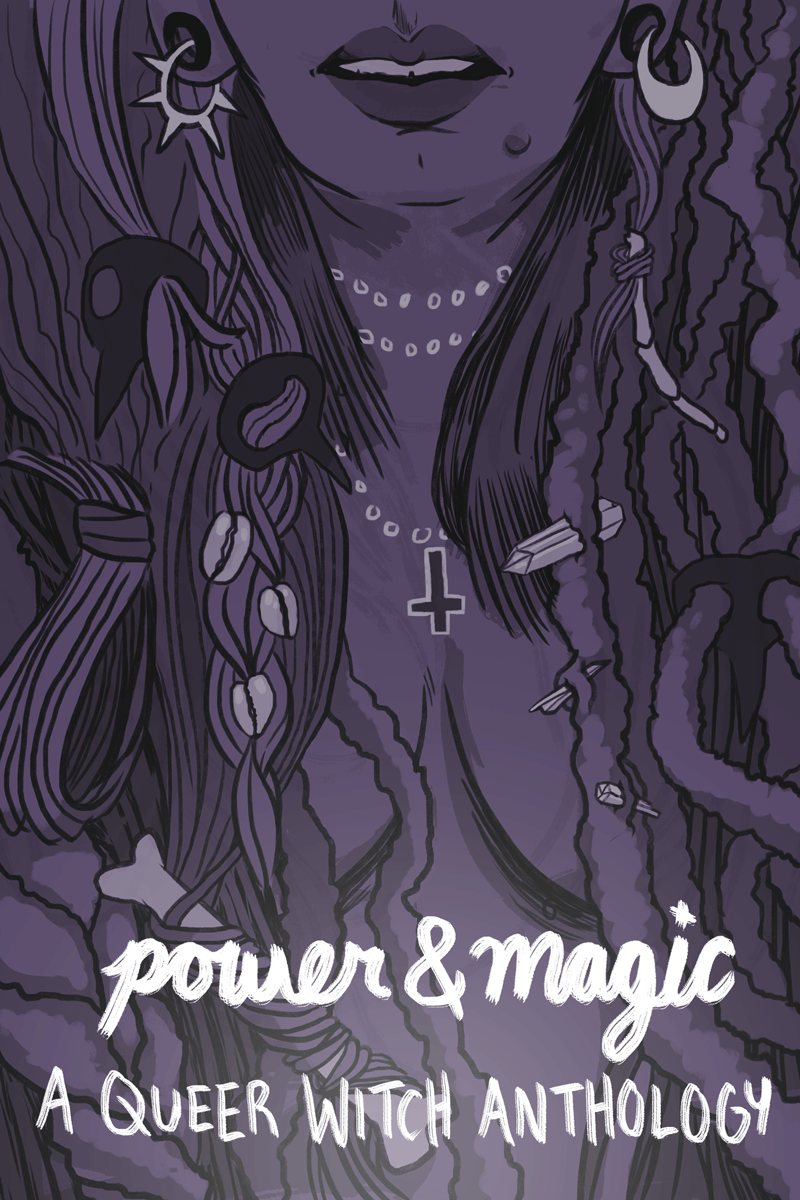 The themes of the anthology deal with “Magic, wisdom, community, and misbehavior.” A central theme are stories about witches, an often misunderstand and villianized bunch in fiction (although perhaps that’s just a Western view).

“For many people around the world, the witch is a symbol of feminine strength and complexity. Power & Magic collects fifteen original comics about queer witches of color as they master their abilities, discover their traditions, and navigate love as beings with incredible power. Featuring the work of seventeen women, demigirls, and bigender creators of color, this queer witch comics anthology is as rich an experience as womanhood itself.”

Here’s a few samples of the work featured: 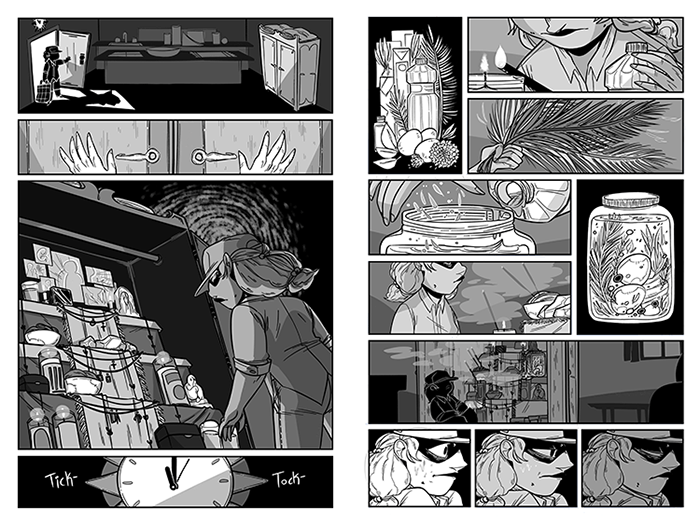 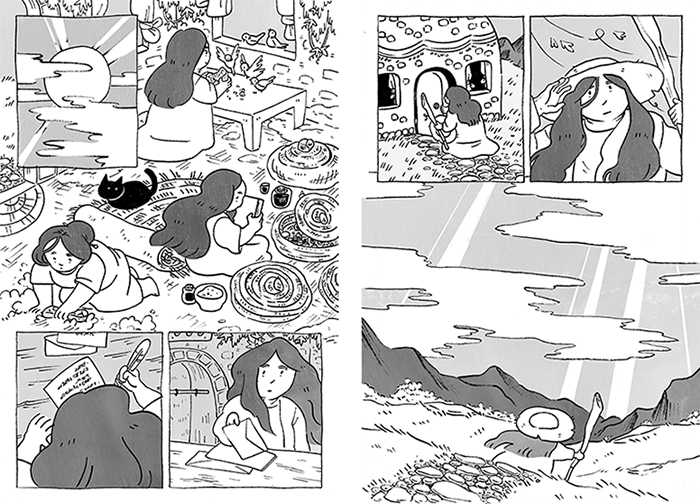 Comic Title: “Capture the Stars”
“After falling in love with her best customer, a witch decides to capture every star in the sky as a grand romantic gesture.”
Creator(s): Vexingly Yours 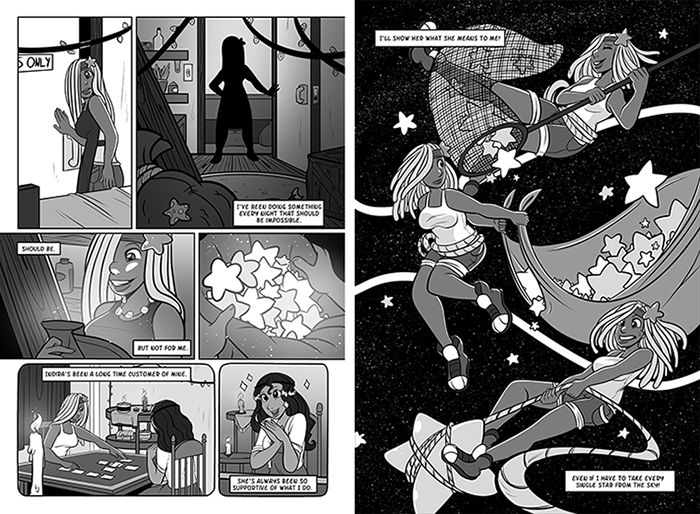 Does this look like a project you want to support? See more details on the official Kickstarter page here!  Subscribe to their newsletter as well!  See updates and creator profiles from Power & Magic’s official twitter and tumblr here. Power & Magic Press has exactly one month starting today to complete their goal so let’s all spread the word!