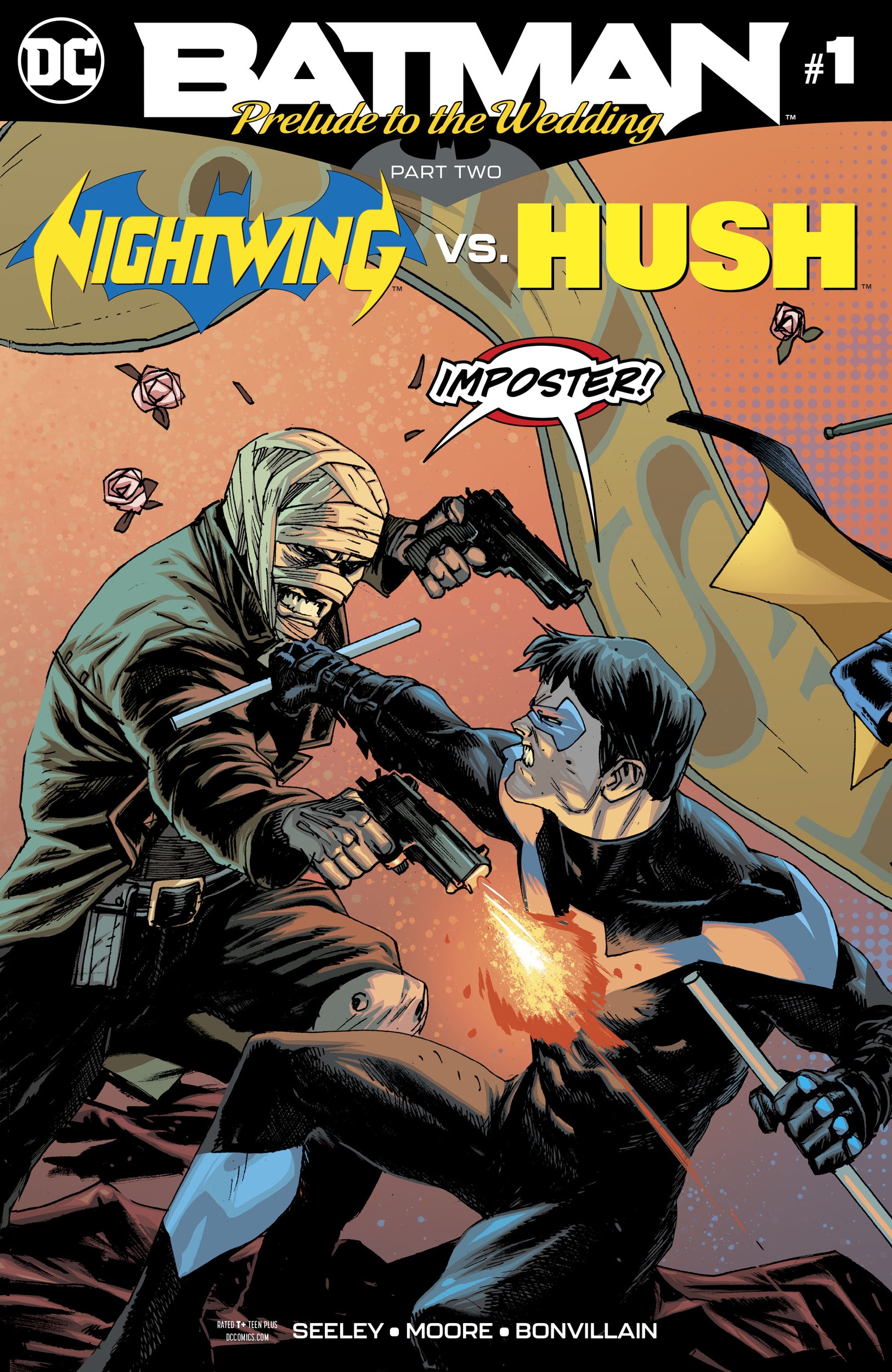 For Richer or for Poorer.

In their own right, the opening pages of Batman: Prelude to the Wedding, Part Two – Nightwing vs. Hush are enough of a reason to get this comic. Nightwing and Superman take out Batman for his bachelor party with a Superman robot limo driver, starting the night at a Bat Burger and attempting to end in a pocket universe for fishing is as pitch-perfect as you could hope for. There is a certain charm about how two of Batman’s closest friends are looking out for him, and this idea propagates throughout the rest of the issue as Hush (a.k.a. Thomas Elliot, with a little bit of clunky exposition to accompany his entrance).

In Robin vs. Ra’s al Ghul, Seeley dissected the unconventional bonds of the Batfamily, and this issue focuses a little more on the found family. Thomas Elliot was one of Bruce’s closest friends growing up, and Dick Grayson is practically Bruce’s first son.

There is an interesting clash of history and friendship, and the two titular characters find themselves at a strange in-between where a person’s self-identity is a beacon to the denizens of the realm. It’s a very strange metaphor and story device, but it works well. It’s an unexpected element of existential horror that stages the conflict well. Moore renders this not-Gotham with its faceless legion in beautiful contrast, aided by Bonvillain’s colors.

There are some interesting questions brought up about both characters’ identities, although the big plot doesn’t feel like it had enough set up or time to breath before quickly moving to the next plot point. Yet, Seeley’s playing the long con and helping Tom King out with this fascinating parallel story telling, so I’m willing to forgive a little bit of pacing hiccups as the wedding bells grow louder.