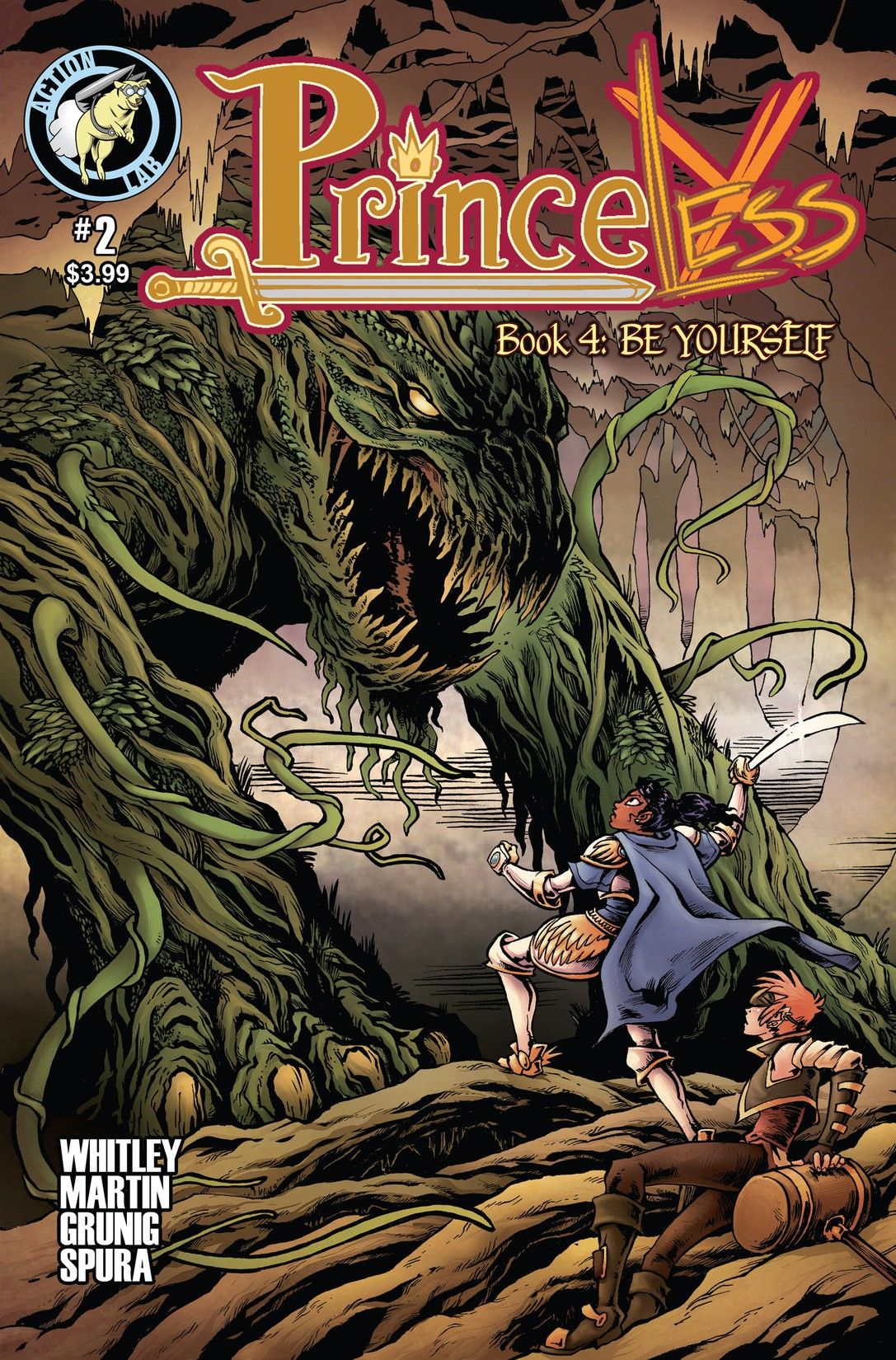 You know, I buy physical copies of Princeless and they always get swiped away (Swipper, no swipping! Can you tell I’ve watched plenty of kid shows?) by several younger readers. There’s something about Princeless, while being an all ages comics that sets it apart to also be enjoyed by adults, too. Whether it’s the nostalgia that hits some of us like “Wow, I would have loved Princeless growing up” or that fact that it’s just a really fun book that’s full of moments that keep you laughing (and guessing-You have a clue about who the Black Knight is, dontcha?), it’s fair to say that Princeless has carved out a dedicated fanbase in the sea of all the comic books out there.

Continuing on Adrienne and Bedelia’s trip through the forest, they’ve found it to be nothing like a walk in the park or a Disney film. They manage to captured by some dreadful goblins. YES, GOBLINS. 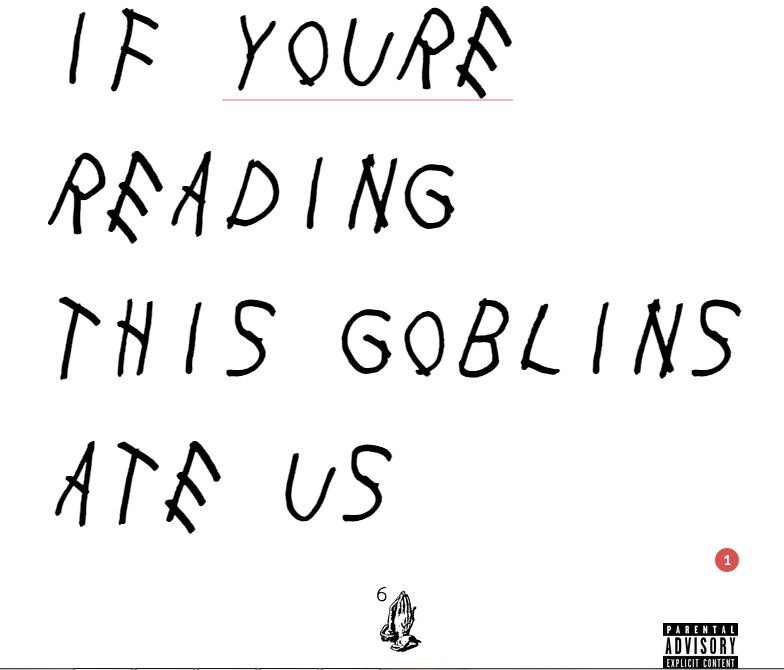 Meanwhile, Prince Devon, still struggling to stand in the imposing shadow of his father has gained a bit more courage and is determined to go on his first quest to help find the whereabouts of his still missing mother. His father, the King has his doubts but Devon is such a bright child who has his wits about him. Plus this kid is ever resourceful. This is fact, one of the things I love best about Princeless is the acknowledgement of the almost suffocating presence parents can create when they see their children exhibiting behaviour (“Girls shouldn’t be loud. Be ladylike”) or participating in what they deem as wrong for their gender. (Boys Shouldn’t be so interested in clothes and/or makeup”) King Ashe is so guilty of this and keeps proverbially throwing his hands up, trying to keep his daughters locked away in towers to be rescued and married off. And not to forget–his attempts to get his son more like him, hunting trips and sparring frustrates him to no end because the kid excels in other areas-costume making and the like. (I love Devon! Protect that child at all cost!) 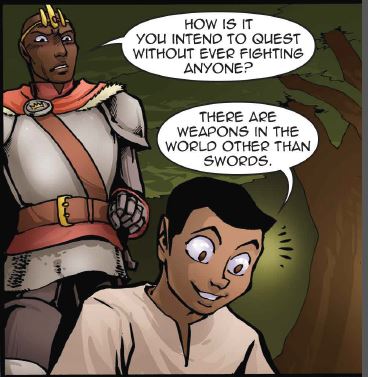 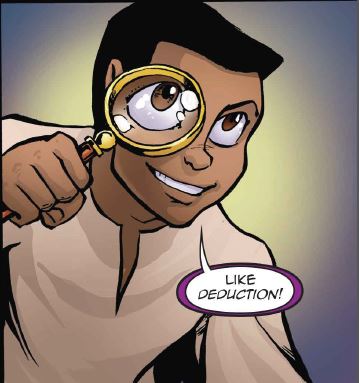 This issue ends with a lot of laughs. While the goblins don’t eat our adventuring gals, they do come across a greater foe and I kid you not, it just may be more than what they girls can handle. They still have a swamp to travel though if they ever want to find Adrienne’s other sister. Devon is off with a new friend who is the exact opposite in terms of EVERYTHING on their quest with no Daddy-Yells-A-Lot in his ear. One kid gets more independence leaving hs father while the other treks further away from her identity of princess and more into the person she was always meant to be. Great fun this issue. 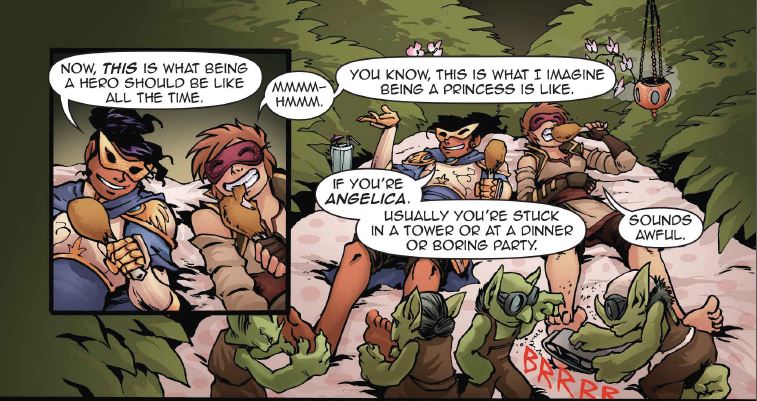 Missed issue one? Check out that review here.