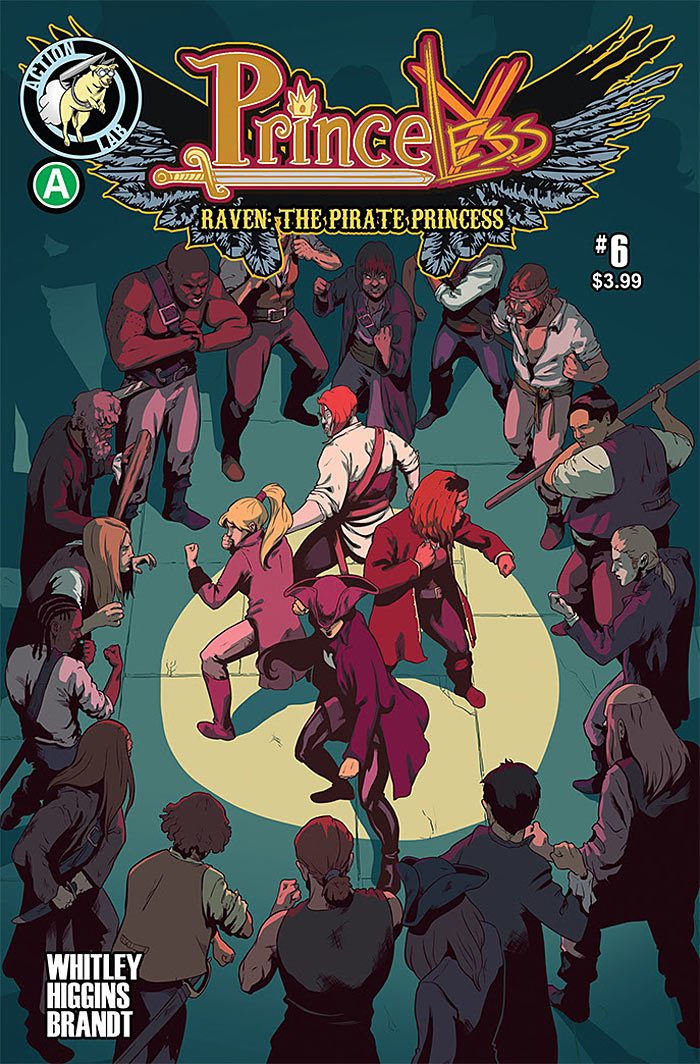 Continuing on from surviving life as a crew sailing the seas, our favorite all-girl pirate crew finally make land for much needed supplies, information, and most importantly– some fresh air and a chance to stretch their legs. We see characters ease into roles as the crew splits up: Team Raven for info regarding their quest, Team Ximena to help get Jayla all the necessary odds and ends she needs as she is chief physician/chemist (as declared by Raven last issue), and Team Katie for all the other supplies.

Last but not least Team Sunshine stays aboard while Sunshine attempts to teach them one of her great passions in life: pick-pocketing, which produces very mixed results. As the womenfolk make their way, Raven gives her team a bit of a history lesson on the achievements of her great, great-grandmother which speak volumes about just how badly she wants to not only be a pirate but to be one that leaves a legacy somehow, someway.

The following pages cover the adventures the young women get into and it’s a mixed bag of everything: shopkeepers who assume WRONG, interactions with mean baby boomers, failed purchases of rope, and even a certain crew member who steps out of her lane and is escorted right back! It’s a little all over the place but never fear, this issue brings it all back full circle with a wicked cliff hanger and a revelation that our pirates are finally in the big leagues now. 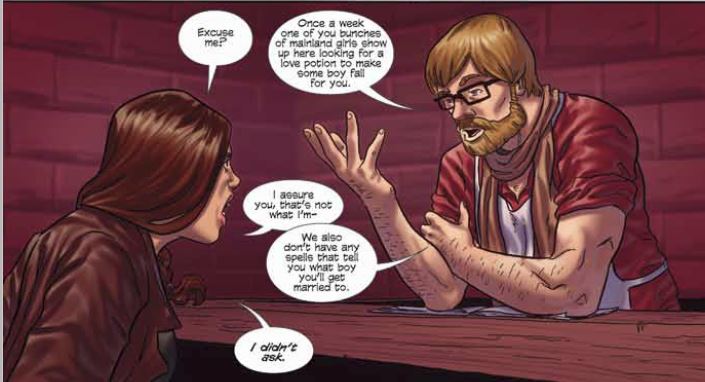