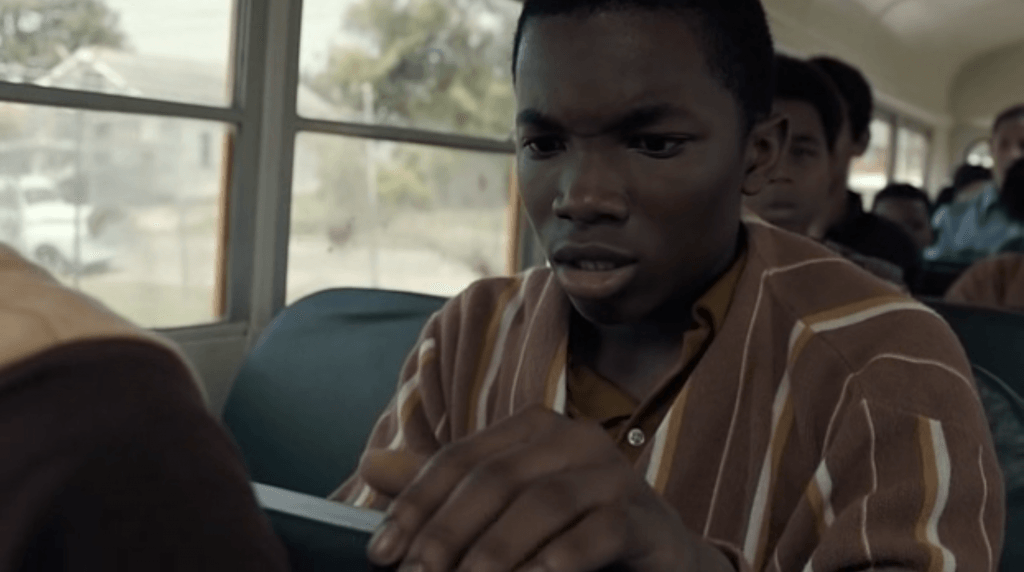 After the events of the last episode, Joni and Mac are back home and apparently seeing Mac in the tightest white underwear on Earth is enough to set the mood. Joni is covering the bed that Mac fucked up on some Carrie Underwood shit. Swear to Bast if Timbs were around Mac woulda destroyed them Yuddas like that Philly cat that got caught cheating.

Joni starts talking about getting a new bed which then leads to their finances and getting the idea of Mac asking his father for money cause the stepmom is loooooooaaaded. Mac got that I don’t wanna do that shit face, and Joni talking bout it’d be one less person to kill. Aye, lets keep in mind this is taking place in the 70’s because I know someone that bought a mattress for 4 grand, yo. Now I’m not goin’ to do the math on that but all I can tell you is that the inflation on the mattress game done come up and if all you gotta do is merk a dude to get money for one….. you better dust off that ratchet, Mac. But that’s just my opinion.

Over at Ruth’s house, we see her son Marcus do the REALEST SHIT WHEN THEY OUT OF MILK AND HE PUTS WATER IN THE CEREAL! WHAT?! What?! THAT’S REAL! Then adjusting the TV antennas for his sister Lou? Come on, man. That’s that real everyday shit, yo. What you know ’bout that struggle life, g?! Not a Bast Damn thing. Marcus is on a school bus poppin’ shit with his mans and dem when there’s a mob of angry white folk stopping the bus. It’s ’73 but that mob lookin like ’99 Limp Bizkit performing “Gimme Something to Break” at Woodstock. They start attacking the bus wylin yo, I’m looking at the bus driver like, “you fucking pull off or drive through these folk, man.” One dude crow bars his way in, knocks out the driver, and starts dropping that hate speech sweet 16 bars on this bus full of black kids all cause they don’t want the schools to become desegregated. The police are comin’ and the mob outside trying to peace out but this dude wants some call and response action from these kids. One kid tells’em “maybe you need to listen to your friends” and dude pulls kid off the bus and give’em the Joker on Jason Todd crowbar treatment. 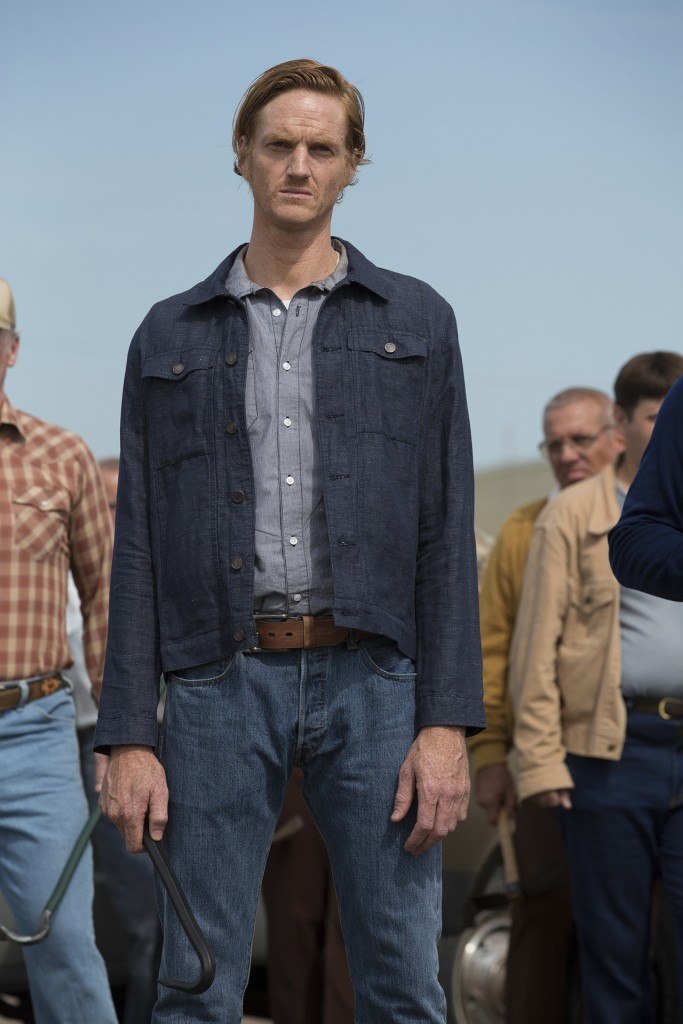 The entire time the fucking mob outside is like, “whoooooa. We ain’t say this was part of it.” “Fuck you doin’ man?” all while he is tee’ing off on this kid? I swear to Hokage almighty, yo. That’s always how it is ain’t it. Breaking up the school bus, knocking out a driver with a crowbar is cool, but beatin’ on a kid is crossing the line…but I ain’t goin’ stop him, tho. I’ma just watch from the sidelines and ad lib how messed up that shit is from my lawn chair.

Mac goes over to his father’s realty open house askin’ “Where the cookies at? You don’t put cookies out anymore? The fuck is the point of even doin’ an open house if they’re aren’t cookies man… by the way I need some money. Now when I say ‘some,’ I mean about 4 grand. I mean the cookies would be nice too but the money is really more important”. Mac’s Dad is of no help, he grillin’ him on if he gamblin’ or doing drugs. I guess the truth of merkin’ cats as a new 9 to 5 isn’t the best thing to tell your dad. His father says that he’ll try to find someway to help him out.

Over at Cliff’s Detective Tommy is out here still trying to pin this shit on Mac somehow. He’s asking his sister, whose cleaning up his place, if she knew if Cliff ever said anything about Joni Conway. His sis talkin’ bout she don’t know Joni but… ya mans got around.

Later that night on the news, the mob attack on the school bus made it to the news. Mac is heated, thinkin’ he shoulda been driving Marcus to school daily. He feeling like he done went and let Arthur down by not being there for his son. Then straight out of the “What the fuck” The Broker shows up after a month of silence and tells Mac “Get in, Loser. We’re goin’ to do some fuck shit.” Joni freaking out and Mac is like, “Yeaaaah sooo I might be catching a fade and left in a ditch… make sure you take my pies out the over in fifteen minutes, tho.” What happens next is the most awkward fucking drive of all time. 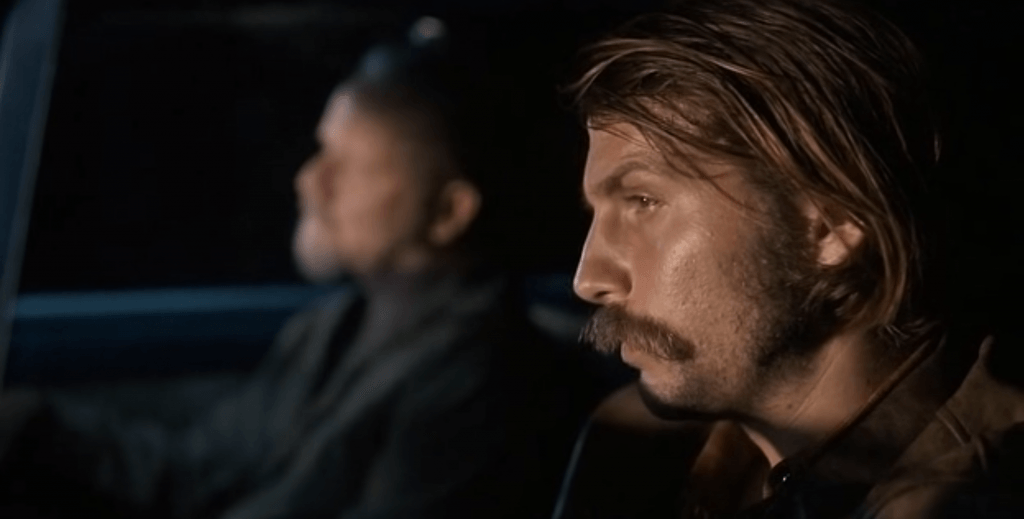 Mac: Soooooo where we goin
The Broker: Just stay on 15.
Mac:…… MY WIFE DON’T KNOW SHIT!
The Broker: Death is just a switch that gets turned off. You believe that?
Mac: …Look man I got pies back home.

The Broker is choosing the most awkward time to be talking to Mac about some philosophical hard ass bars when all along he had Mac drive him to this rural ass countryside juke joint for some fun. Mac is like what the fuck is this until he tells Quarry that whatever he loses he can add to Carl’s tab. Carl damn near bet the whole house, yo. Dude The Broker is then playing Black Jack or Texas Fold’em (I don’t know cards) at the table and starts POPPIN’ off on this one dude pissing his money away across from him.

When dude starts gettin’ big, Mac tell’em to calm down. When dude asks Mac, “dafuq you supposed to be?” THE BROKER STARTS TALKIN ALL THAT SHIT, “this man right here is an American fuckin hero boi. He might as well be G.I. Bast Damn Joe to you. He fought for your ability to sit there and piss away your wood chips all to have this fat girl (no body shame’n) do something with your unmentionables. Now I want you to apologize to this man.” Yeaaaaah, homie wasn’t seeing it that way and stood up to attest to somen’n different and Mac had to go upside his head with that Gin and Tonic then Royal Flush dude’s head onto the table. The best part is the dealer pointing at dude, like “He started it! Billy Jim done had too many drinks again.” 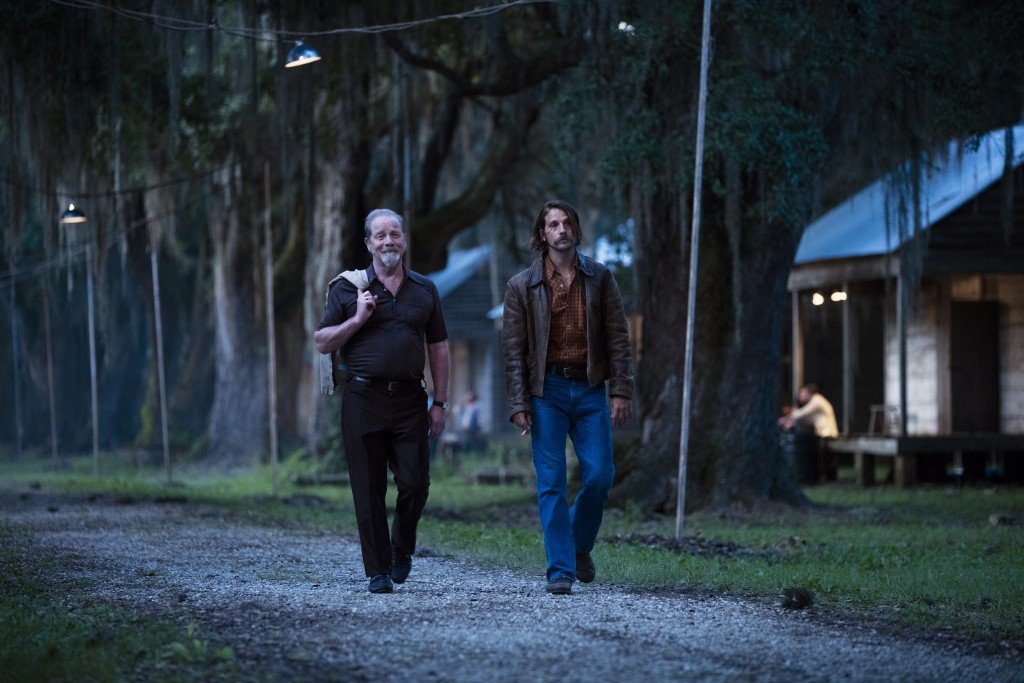 Joni is baby sitting for Ruth and she pulls up to the neighborhood and immediately catches the G-Check from some Black dudes outside. Ruth gotta come out and save her ass with the quickness. Ruth slide out there like a referee trying to get a wrestler to release a submission cause the opponent got their hand on the rope. Joni tries to sit with Marcus and watch TV with him AND MY MAN IS NOT HAVING IIIIIIIIT! Why he dip on his own auntie with the ruthlessness, fam?! Oh yeah, cause a bunch of white people attacked him and his classmates earlier and put one of his friends in the hospital. Marcus real mad his living room got desegregated tonight, yo. What made it worse is when Joni was playing hide and go seek with Lou’ and was goin’ through Arthur’s shit trying to find out where he stashed that 30k, then got caught by Marcus. Marcus was like “fuck you dooooooooin?” Joni just apologized. Fam. Fam. MARCUS IS DONE WITH THE SHITS YO!

When Ruth gets back home (from talkin with Moses at work and venting over the attack on the boy) and is trying to tell Marcus to go to bed, my man goes off. She trying to tell him everything goin’ be okay and MARCUS. LOST. HIS. SHIT. “Naaah nah fuck that. My mans is laid up in a hospital his brain lookin like scrambled eggs, daddy dead and we dunno how and you tryin say shit is all good? Shit ain’t all good mama! THIS SHIT AIN’T KOSHER, FAM!” a news report comes on stating that the man that assaulted the teen Darren Williams was apprehended. Dude’s name is Eugene Lentwood? Brentwood? Some’n white supremist-ish.

Back at the backwoods casino. Mac is guessing that what just transpired with whooping that dude’s ass was a set up for a bonding moment by The Broker…until he sees dude get chucked down a well to cool off. The Broker then tells Quarry that they are really there to kill this fat dude and get his pants size. Mac is like the fuck do you need his pant size for?… whatever. He goes to ice dude off but The Broker is all “Jooooooookes. Ahhh, you was ’bout to duff dude! I don’t even know that guy. Nah I just brought you here for fun, man.”

Mac steps out for a minute and The Broker disappears. When Mac tries to find a telephone, he discovers The Broker in on a meeting with some folks from overseas talking bout the drug game. Talkin’ bout that China White. Talking bout that Pusha T. That coke-ah-ina movement. Mac starts having flashbacks then gets out of Dodge. Come morning time he meets up with The Broker again. They go out for breakfast and shit gets real. The Broker starts askin’ what Joni knows, and Mac like, Um she don’t know nothing.

The Broker: Yeah you keep saying that but she is a reporter and a woman (no patriarchy).
Mac:…. …I BLAMED ARTHUR!
Arthur’s Ghost: COME ON FAM! 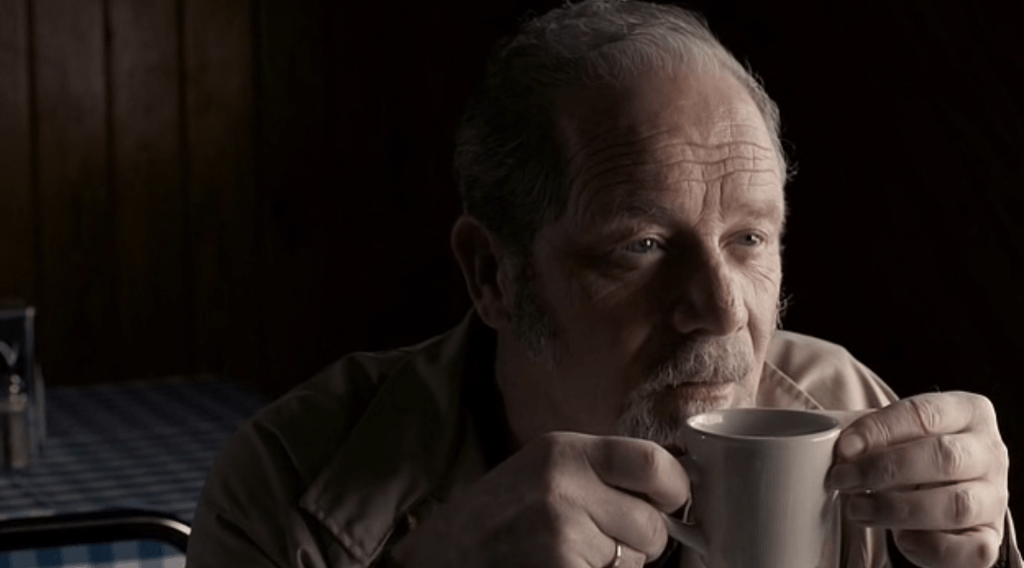 Mac starts asking The Broker if he knew Suggs. Suggs asked me if we were sent for him. Did you know him? The Broker was like man lemme put you on game, “Suggs was a rapist, Suggs wasn’t shit, fam. I woulda put a bullet up in his ass myself if my arthritis wasn’t acting up. Folk pay us to do shit that the justice system…let’s say overlooks because that’s a nicer way of saying don’t do shit on. Aight?”

Meanwhile back at the countryside get away that big dude that The Broker said he wanted Quarry to kill but was just kidding is being followed by Carl. Sheeeeeeeeeit, you know homie bout to catch that Nyquil sleep soon. The Broker drops Quarry off and tells this dude that his tab is now at $20,000 USD. Mac rolls up and sees a letter from his father with a $100.00 dollar bill sayin, “I got you fam”. 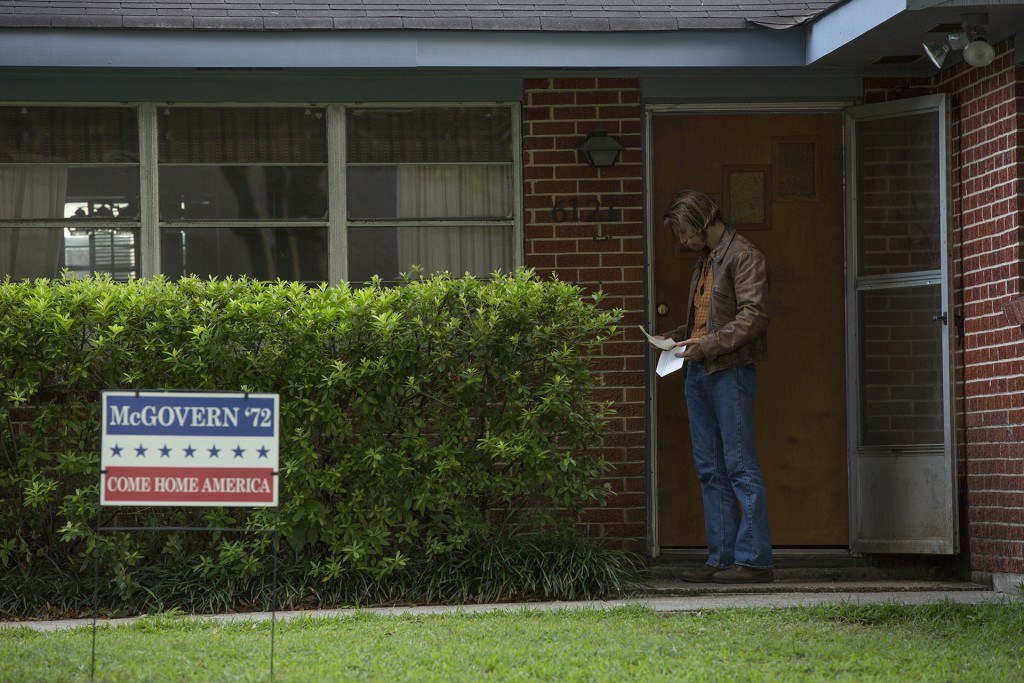 Dude. your son asks you for 4grand and you give him a hundred dollars? Five hundred dollars I could understand and even justify but a hundred? Maaaaaan. Mac walks in at home and tries to recount the encounter with The Broker to Joni, He puts butter in his coffee like The Broker did at breakfast.

Joni: Why are you wasting butter in coffee?
Mac: I’m tryin’something *spits coffee out*
Joni: ….
Mac:I’ll–ugh. Yeah, I’ll clean that up. The meeting was fine by the way.