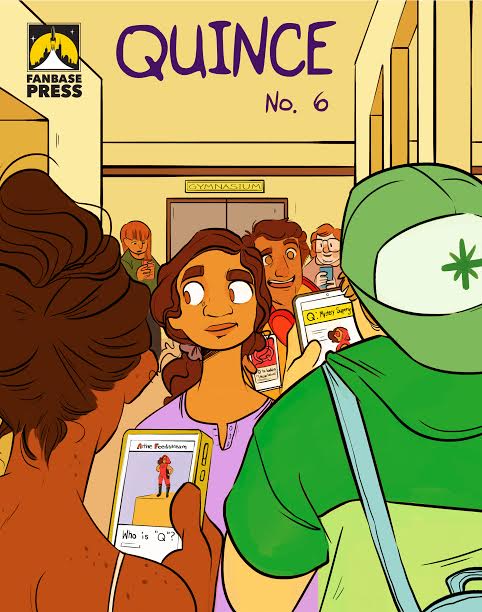 [dropcap1]Y[/dropcap1]our girl has arrived! She is a certified, bonafide superhero and she’s doing the good work in her neighborhood. She’s saving the day. Stopping robberies three blocks down. The local law enforcement isn’t harassing her and she’s cute to boot in her costume that OG Abuela made for her. She’s all over the ‘Gram  hashtagged as #Q and known as the Mystery Girl by folks and she’s the talk of the town. She is truly living the life, right? Nah.

Not everything that glitters is gold, fam. Lupe awakened at the crack of dawn some days to go fight crime and do her hero thing because someone close to her thought it would be a great idea to pick up a police walkie talkie to monitor distress calls and such. Her friends at school take note that she doesn’t spend as much time with them anymore. She’s always tired and/or hungry.

What a rough life. It couldn’t be me. My hangry mode would do me in the first week, three days tops. 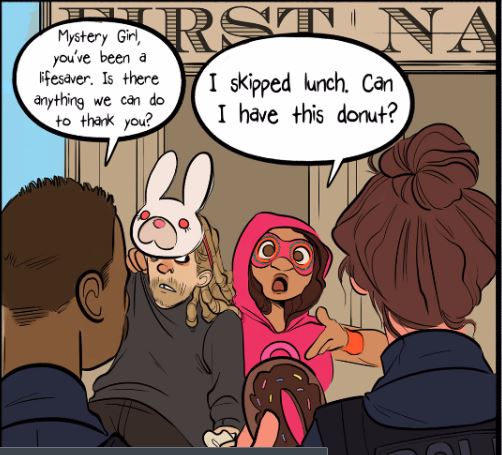 What Quince does so well is explore what a superhero is as we define it. Sure, everyone loves Lupe when she is masked and showing off supernatural feats and outsmarting baddies, but without the costume who is she? Does she still carry around the same principles outside of it?

To quote my favorite Chris of the MCU, Chris Evans, in regards to super suits and costumes: “Take that off, what are you?” What has Abuela been drilling into Lupe all this time? Has it gone through one ear and straight on through to the next? 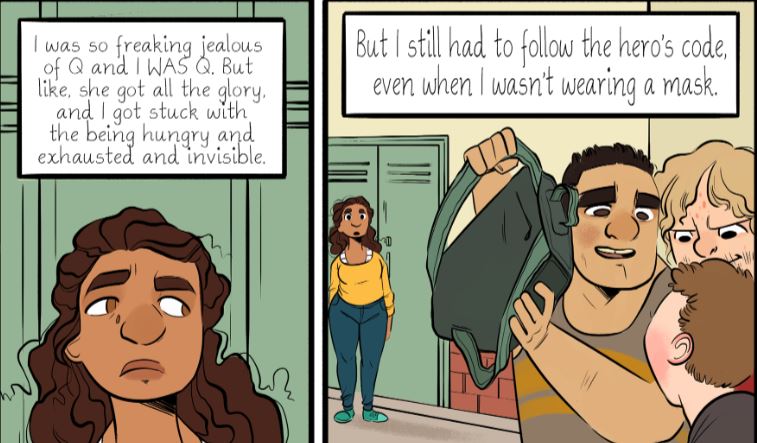 Sure it’s super cool when everyone thinks you are the bee’s knees, but what does that boil down to at the end of the day when no one knows it’s really you? Is it still worth it? The social media buzz; being the talk of the town until yet another Kardashian appropriates Black culture? There’s some important pages in this issue that give insight to what validation is starting to mean to Lupe and how it will start to visualize into her life.

Last but not least, there are some pages maybe halfway through this issue that touch on body positivity, and again, how the female body is either put on a pedestal or left to be consumed: someone has some snarky remarks about Q’s figure and the resulting interaction is one to watch out for.

9 Something Heroic out of 10

Are you a Quince fan? Find BNP’s other reviews of the series here.